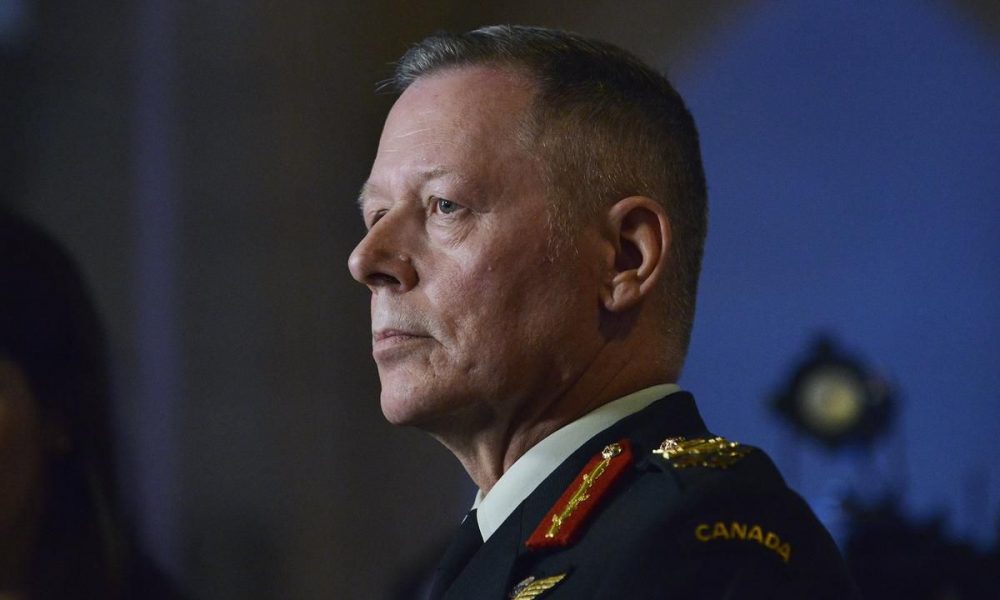 OTTAWA—Canada’s military is “aware” of some 30 personnel known to be part of hate groups or who hold “discriminatory” views, the Star has learned.

Gen. Jonathan Vance, the chief of defence staff, said the number of people who harbour such beliefs is likely higher but insists it is still a fraction of the 95,000 personnel in uniform.

“The numbers are very small. We do investigate and track. We have a fairly good system to do that,” Vance told the Star in a year-end interview.

Faced with questions about potential right-wing extremists in its ranks, the military police criminal intelligence section did an assessment last fall to better understand the scale of the problem.

That review found that between 2013 and 2018, about 55 members of the military were part of hate groups or had made statements and taken actions that “could be viewed as discriminatory.”

Thirty are still in the military. Vance said that estimate is probably low but adds, “that’s what we can see.”

“If one keeps it completely secret and it doesn’t have an impact on your workplace … we’re not going to detect it,” he said.

“But there are many who, outside of working hours, they get themselves on social media and they can be found out that way,” he said.

“On average we detect about five instances a year where somebody expresses an opinion or does an act that would, on a range of extremist behaviour, trip our ethics wire,” Vance said.

Vance first spoke with the Star on the issue in October, when he acknowledged that while people with such views aren’t welcome in the Armed Forces, some still get past pre-recruitment screening and are able to enlist.

In recent years, several high-profile incidents of military personnel associated with far-right groups have forced the Canadian Armed Forces to confront the problem. In the most prominent of the cases, five Canadian Forces members — each of them members of the “Proud Boys” movement who proclaim their “Western chauvinism” — disrupted an Indigenous protest in Halifax.

An investigation last year by Radio-Canada found about 75 Armed Forces members were part of a private Facebook group associated with anti-immigration and anti-Islam views.

But Vance again stressed that “good militaries aren’t racist.” Once detected, the Armed Forces is faced with the question of what action it should take against personnel found to have acted inappropriately. Vance admits that many advocate a “heavy-handed” approach to drum offenders out of uniform.

“You have to remember that we are also an employer that follows due process. So opportunities for rehabilitation are important. We also have all sorts of administrative measures from counselling to probation that are intended to allow some to recover,” he said.

The Queen’s Regulations and Orders sets out expectations for those in uniform. In the section on personal conduct, it makes clear that officers and non-commissioned members are barred from saying or doing anything in public that “might reflect discredit on the Canadian Forces or on any of its members.”

Vance was careful to make the distinction around any acts that could be considered criminal. “If it’s criminal, we would take action instantly.” But he said education has proven effective in countering such views and that some of those already identified have been counselled.

“I think sometimes people just don’t know what is really crossing the line,” he said.

Vance stressed that the small number doesn’t diminish his concern for the problem and its potential impact on the military.

“It’s a huge concern for us for a variety of reasons but the reputation of the Armed Forces as a symbol of what the country stands for is important. This country doesn’t stand for that extremist view. We don’t,” Vance said.

He said extremist views are corrosive and undermine the military’s “warrior ethos” that is designed to “ensure cohesiveness and morale in combat.”

“We’re warriors. We’re designed to work in teams where everyone around you you can trust. That’s a warrior ethos that I hold dearly and most people in Armed Forces do,” he said.

“We have to reinforce that. It’s a very, very powerful thing,” he said.

Still, Vance said the issue has sparked discussions in defence headquarters about more “robust training” for new recruits to better instill values that will help stamp out not only what he called “dangerous” extremist views but sexual misconduct and harassment, another problem the military has been grappling with.

“We do it now. We may need to add some more to our training,” Vance said.

With files from Alex Boutilier