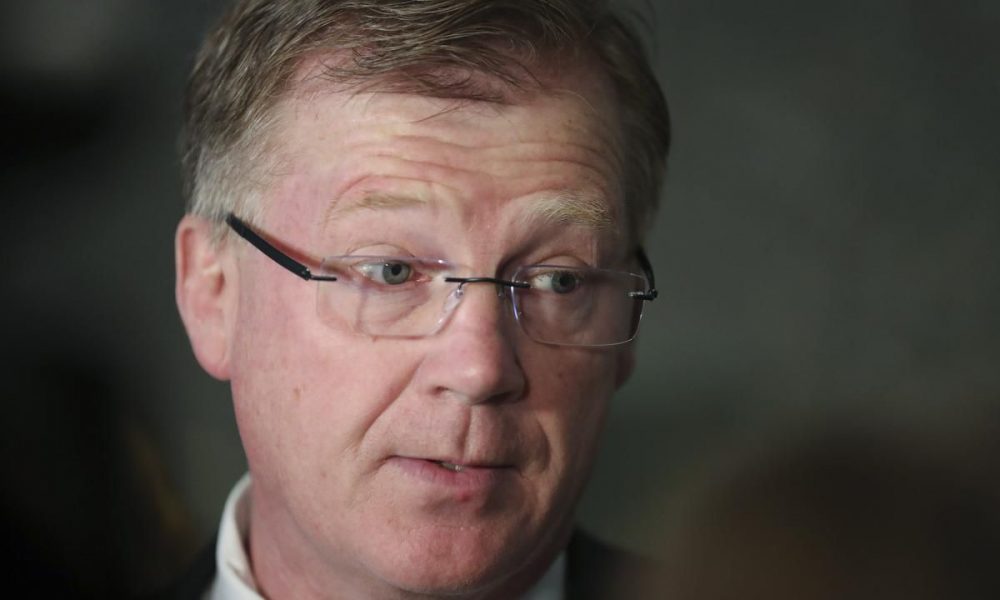 City staff say the budget can be balanced by raising property taxes in line with inflation, increasing TTC fares and relying on tens of millions in unknown cuts and yet-to-be secured funding.

The $13.46 billion operating budget was presented to members of council, the media and the public Monday morning. It is a first attempt at balancing the many services and programs the city provides — from snow-clearing to swim classes — with the various ways the city raises money, such as taxing property owners.

The residential property tax increase staff are recommending for 2019 is 2.55 per cent, which the city says is the rate of inflation.

But that first attempt by staff to put together a “balanced” budget includes $79 million in funding or cuts that have not been identified or received, putting that balancing act at risk of tumbling.

“It’s going to be a tough budget year. There are not a lot of extras,” said Crawford. “We will continue to provide the kind of investments that we have over the last number of years, whether it’s poverty reduction, youth hubs, child care, but there will be some challenges, no doubt.”

Crawford said that the city plans to invest in transit, community safety, libraries, Toronto Community Housing repairs and in child care. He said the city will also invest in speeding up the work on the relief line subway and hire an additional 300 police officers. Policing remains the biggest single line item in the budget.

The unclear balancing is the result of three separate issues.

The city is budgeting for $45 million in additional shelter costs but planning to cover that spending by requesting the funds from the federal government, which has not yet promised to cover those costs. Staff attribute the added pressure on the city’s already overcrowded shelters to number of refugees that have migrated to Toronto. City officials have maintained that the federal government has a responsibility to help offset those costs because they are responsible for the policies that control the flow of refugees across the border.

Also unclear is where the TTC will find $24 million in cuts — what senior staff acknowledged at a board meeting last week was required to actually achieve balance, calling it “undetermined corporate reductions.”

And on Monday, new city manager Chris Murray said they still need to find $10 million in additional savings to find balance, which he told committee members is not an insurmountable problem.

Part of the challenge this year is the fact that Toronto can no longer bank on an incredibly hot housing market as it has over the past four years. The MLTT, introduced in 2008, is a tax paid by homebuyers when they take ownership of a property. A slowing housing market has been cited as the reason for the decline.

The staff-attempted balancing also includes a plan to cut the rebates on garbage bins of all sizes. In 2019, cutting the rebate for large bins first would save the city $35 million, staff say.

Critics who have long opposed the strategy of making inflation the target for property tax increases note it does not account for the growing number of new residents moving to the city also rely on public libraries, road maintenance and other daily services.

“I think it’s uninspired,” said Councillor Mike Layton, who sits on the budget committee. “It’s not really leaving us with something that Torontonians can be proud of, that works towards long term solutions in our city around transit, around housing.”

“What I think that the people of Toronto want to see is a government that is wiling to be brave enough to make bold proposals to resolve these issues across our city that we’re seeing and not just hide behind the same old, same old, status quo budget which is what is reflected here.”

The budget launch Monday is just the first step in a process that begins anew each year. After making its way through debates at committee and being subject to comments from the public, the budget will be finalized by council in March.

Because last year was an election year, council has not yet provided staff with direction on the budget.

However, as in previous years, Murray asked all city divisions and agencies to try to keep their budgets at 2018 levels.

Murray said they looked at past direction from council to assume an inflationary-only increase in property taxes.

As he did in 2014, Tory promised to keep property taxes at or below the rate of inflation this term.

Councillors like Gord Perks say once again that plan is not good enough. He plans to propose an above-inflation tax increase.