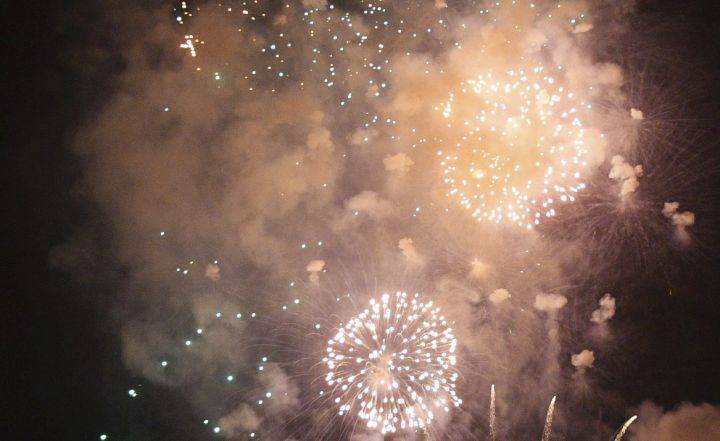 The City of Edmonton revealed details on Thursday about its big bash being held at the Alberta legislature on New Year’s Eve.

For Edmontonians looking for a fun but still family-friendly fete to mark the end of 2018, with live music, roving performers, games and lantern-making, the festivities will be underway in the Federal Building on 107 Street at 6 p.m.

The Federal Building will also feature a new light installation that night.

Outside, on the legislature pedways and in the Capital Plaza, the celebration will feature more performances along with fire pits and bannock-making and even ice carving.

However, the city said some of the outdoor activities may be cancelled in the event of severe weather or strong winds,

Partygoers won’t be going home hungry either as food trucks will be set up on 99 Avenue between 107 Street and 109 Street.

A “pyromusical” fireworks display is set to light up the sky at 9 p.m., over the legislature grounds.

“The best fireworks viewing locations are from the Capital Plaza and in front (the north side) of the Alberta legislature,” the city said in a news release on Thursday.

Watch below: (From Jan. 1, 2018) The world’s largest fireworks show got underway during New Year celebrations in the United Arab Emirates.

Unfortunately, people hoping to put their skates on and glide into 2019 on the legislature grounds’ south skating rink won’t be able to do so. The city said the ice is within the fireworks safety area and needs to be closed to the public beginning at 4 p.m. that day. Some trails and sidewalks within the “fireworks safety perimeter” may also be closed off to pedestrians from 7 p.m. to 10 p.m.

How to get to the party

The city’s New Year’s Eve party will result in a number of parking restrictions and road closures so you’ll want to have a gameplan ready for how you make your way down there.

A stretch of 99 Avenue, from 107 Street to 109 Street, will be closed from 9 a.m. until the event ends. Beginning at 4 p.m., the following road closures will also take effect:

One transport method people may want to take advantage of is free transit being offered by the Edmonton Transit Service.

Free bus and LRT service starts at 5 p.m. and will continue to be free of charge until 3:30 a.m. on Jan. 1 (2 a.m. for DATS). However, the city said Route 599 and Route 747 to the Edmonton International Airport are not part of the free service offer.

The ETS is also offering a free shuttle service from 5 p.m. to 8:30 p.m. on Dec. 31 to bring people from 102 Avenue and 100 Street to the Government Centre Transit Centre.

Buses will be at the transit centre after the fireworks to bring people home. For more information on ETS’ New Year’s Eve service, click here. (HYPERLINK: takeETS.com/news)