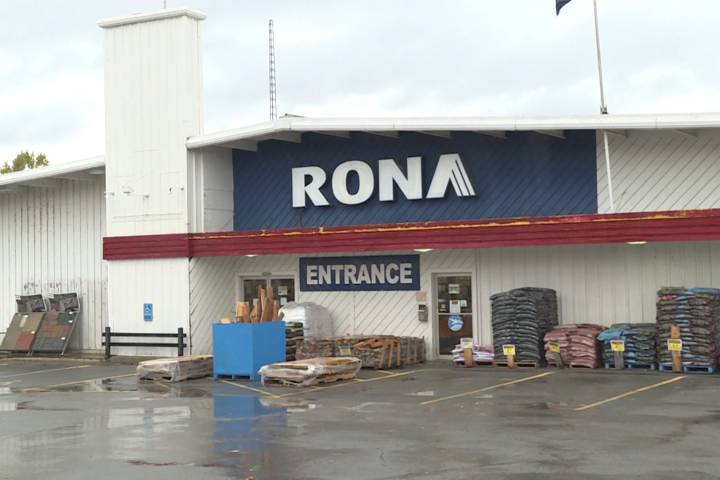 There has been uncertainty in Kingston after Lowe’s announced it would be closing 27 RONA locations across Canada, including one in Kingston.

Lowe’s announced that their RONA location on Bath Road will be one of 27 “under-performing” retail stores in Canada to be shuttered by the end of January 2019.


READ MORE:
MAP: These are the Rona and Lowe’s stores closing by February

A RONA spokesperson said, however, that the lumberyard section of the Bath Road location will remain open as a support to the larger Home and Garden RONA on Princess Street, which won’t be affected by the string of closures.

The spokesperson also said that most of the 17 employees working at the Bath Road location will be absorbed into the company.

“We expect the majority of our employees to be offered other opportunities in our network. Everything will be done to ensure a smooth transition until the store is closed, including through transfers of eligible employees to other locations whenever possible,” said Andrea Wong, media relations with RONA Canada.

John Sedgwick, manager at Kingston’s Princess Street RONA, says that his store employs about 100 employees at a time, but due to seasonal hires, that number fluctuates.

He also said that his store and the Bath Road location are very well-connected. Although he couldn’t comment on specifics, he said Kingston’s closure won’t affect employees as badly as they might in other affected cities.

“It’s not a crisis situation,” Sedgwick said. “We will be fine.”

Management from the Bath Road RONA, which is known as a “contractor location” refused to comment for this story.