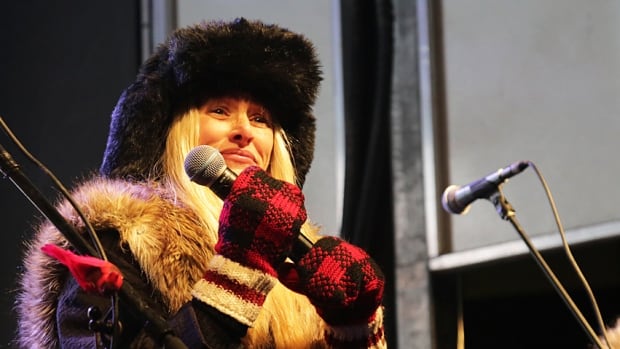 As they’ve done time and time again through the years, Walk Off the Earth performed to an adoring crowd in Burlington, Ont., Sunday night — but this time, one member’s absence weighed heavy in the air.

The band was there as part of a concert to honour the life of keyboardist Mike « Beard Guy » Taylor, who died of natural causes in his sleep on Dec. 29.

Thousands of people packed Burlington’s Civic Square to pay their respects, and catch a glimpse of the band performing for the first time without the 51-year-old father of two.

It was an emotional night, with tears staining the cheeks of the band and audience members alike, as they huddled together in frigid temperatures. 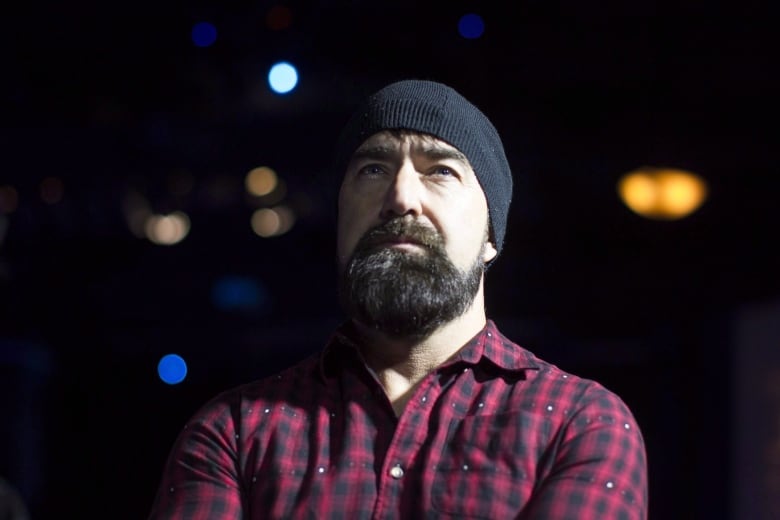 Many spoke of Taylor’s passion for music and community, and thanked the crowd for being there to support the band and his family.

Shawn Kelly and his family came to Burlington from Niagara to catch the show, and have seen the band several times.

« They’ve just been like a really big part of our family, and the fans are like a big family themselves, » Kelly said.

« So when you lose one of your own, you want to come out and pay your respects. »

Walk Off the Earth exploded on YouTube with a cover of Gotye’s Somebody That I Used to Know back in 2012. It featured all the band’s members playing the track on one acoustic guitar, and has since been viewed more than 185 million times.

The band has also released several singles and EPs, with the most recent being Subscribe to the Holidays, which came out last November. 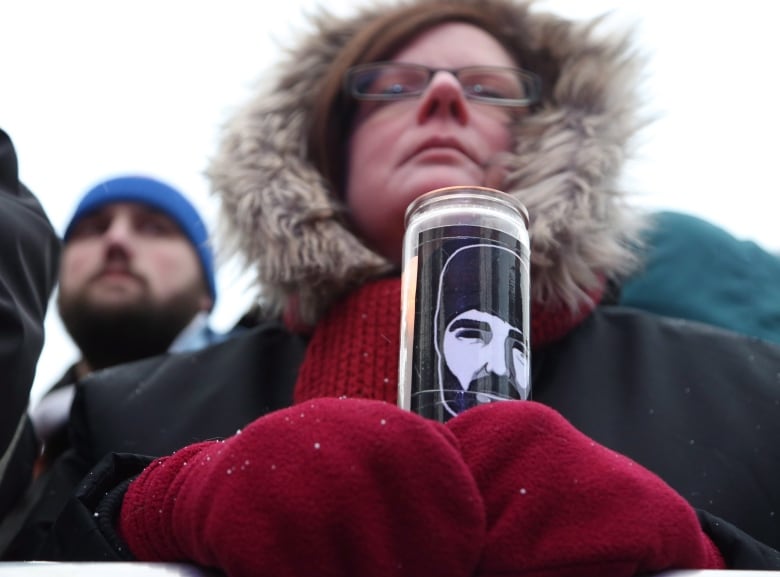 Many in the crowd at Sunday’s show held candles. (Peter Power/Canadian Press)

The band won a Juno in 2016 for group of the year, and has also won a CASBY Award, Canadian Radio Music Award, and a Streamy Award.

As the band’s star rose, Walk Off The Earth never forgot the city where it got its start, said Burlington Mayor Marianne Meed Ward. She told the crowd that Taylor, who was a hockey coach and ran a freight company, will be the honourary recipient of the first « key to the city » program in Burlington’s history. 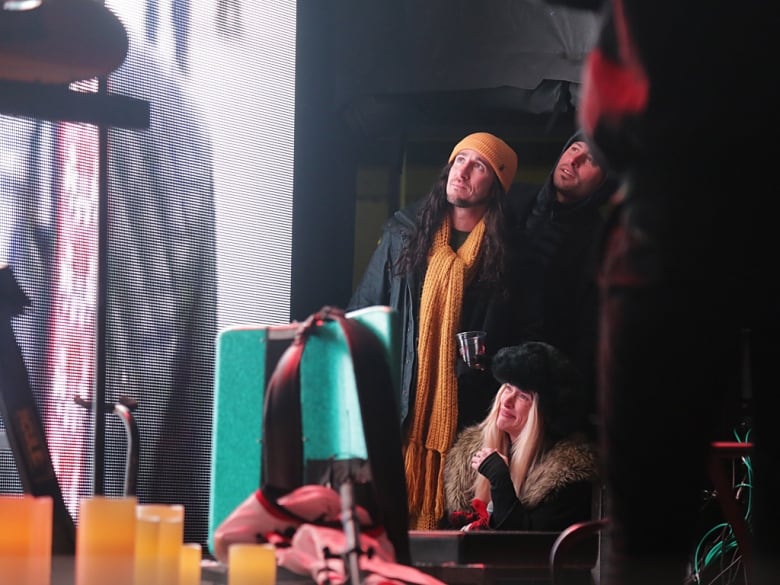 Members of Walk Off the Earth watch a video of Taylor at the tribute concert in his honour held in Burlington, Ont., on Sunday. (Adam Carter/CBC)

« We will never forget the legacy he left. »

Next month, the band is embarking on the first leg of a world tour that was planned before Taylor died. The first show is scheduled for Truro, N.S., on Feb. 9. 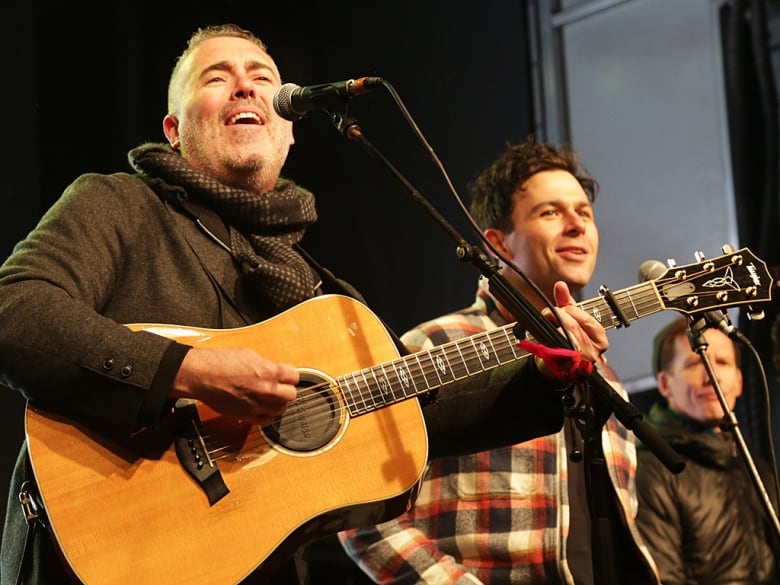 Arkells frontman Max Kerman joined The Barenaked Ladies for a rendition of the band’s hit, ‘Lovers in a Dangerous Time.’ (Adam Carter/CBC)

The band said it isn’t planning on immediately replacing Taylor. His keyboards stood untouched on stage throughout the show Sunday night, covered in candles to mark the man who was on everyone’s minds.

« I think we’ve all taken a moment to slow down and think about what means most to us. Think about family, think about what we’ve done, and what legacy we’re going to leave, » said Joel Cassidy, the band’s drummer. 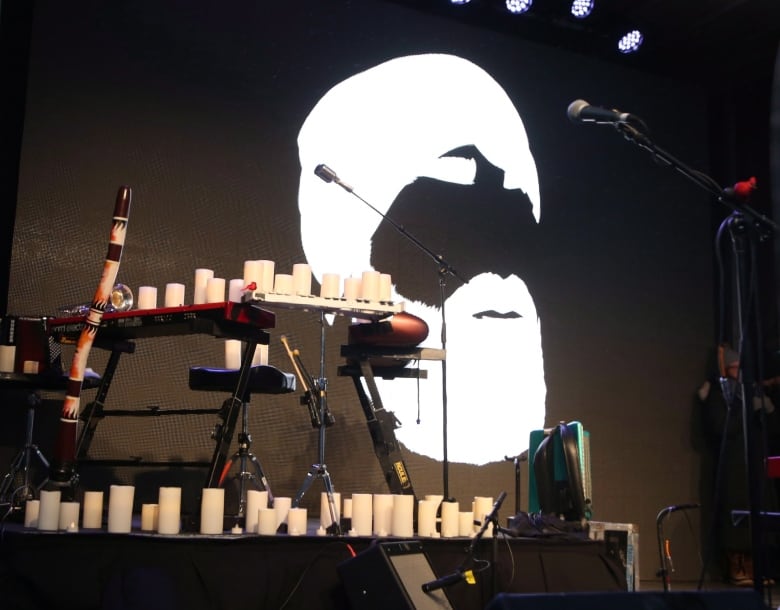 The candle-lit keyboards of Mike ‘Beard Guy’ Taylor during a Walk Off The Earth Memorial & Tribute Concert in Burlington, Ont., on Sunday. (Peter Power/The Canadian Press)

« The one bit of comfort I’ve found in this is he lived life to the absolute max. He really did live life like every day was his last, and he left an incredible legacy. » 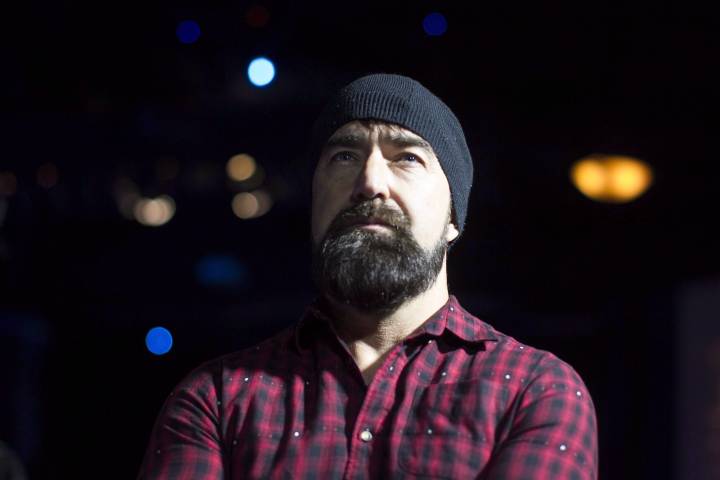 Mike Taylor, keyboardist and vocalist of Canadian band Walk Off the Earth, known as the “Beard Guy,” has died, the band confirmed Sunday.

“It is with profound sadness that we announce the passing of our beloved brother and band member, Mike ‘Beard Guy’ Taylor,” the band said in a statement on Twitter. “Mike had a love for life that was unmatched and a willingness to give that went beyond ordinary means.”

The band said that he passed away peacefully from natural causes last night while in his sleep. He has left two children.

Walk Off the Earth, from Burlington, Ont., became famous in 2012 after posting a cover of Australian artist Gotye’s Somebody that I Use to Know, with all five bandmates playing the song on a single guitar.

WATCH: Walk Off The Earth On New Christmas Album

It became one of the most-watched clips on YouTube in 2012 and has since gained over 185 million views since being posted January 6, 2012, with viewers especially taking notice of Taylor on the far right and his stoic appearance.

“6 years later, I still want to become as majestic as the beard guy,” one viewer commented eight months ago.

The band had planned on kicking off a world tour with a set at CBC’s New Year’s Eve celebration in Niagara Falls Monday, but a representative for the band said they will no longer be performing tomorrow. The show, which also features The Sheepdogs and Burton Cummings, will still go on.

-With a file from The Canadian Press