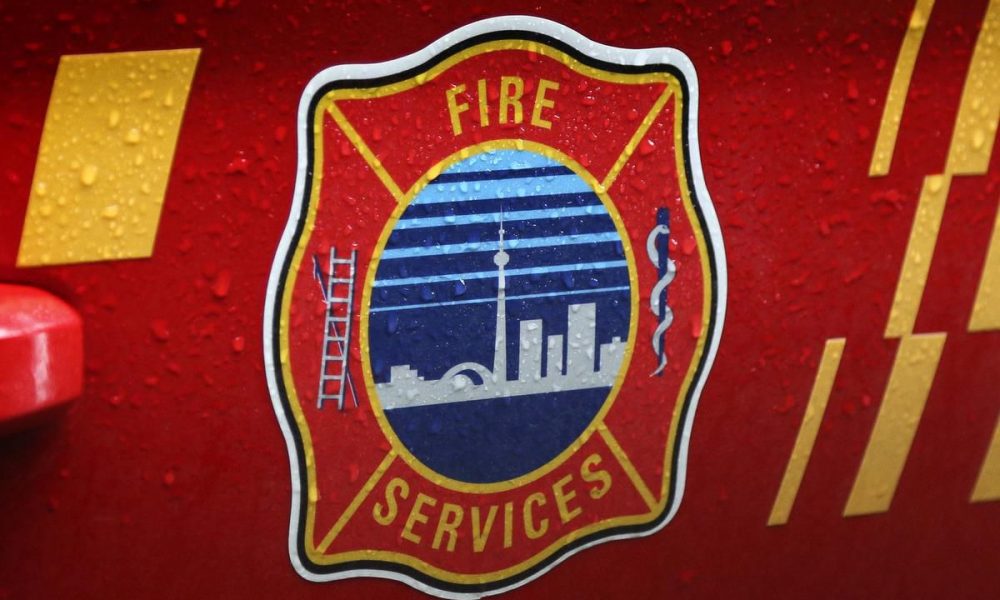 A fire broke out alongside the sidewalk under the east Gardiner at Yonge St. early Wednesday morning, officials say.

Fire services responded to a call shortly after 1 a.m. reporting an approximately three-metre wide fire near the intersection of Lakeshore Blvd. and Yonge St.

A tent that had been erected on the grass beneath the Gardiner underpass was the source of the flames, although the exact origins of the fire are unknown.

Police say a small explosion, believed to be caused by aerosol cans that were inside the tent, was also reported.

No injuries occurred as a result of the fire.