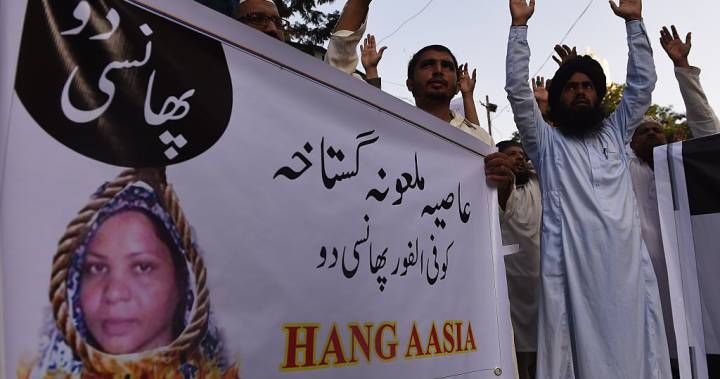 OTTAWA – Canada’s foreign ministry says it is prepared to do everything it can to ensure the safety of a Christian woman acquitted of blasphemy by Pakistan‘s top court.

The decision handed down Tuesday by the court upholds an October acquittal of Asia Bibi and clears the final legal obstacle for her to seek asylum.

Global Affairs Canada is calling Bibi’s case a priority and says it is focused on ensuring her and her family’s safety.

Bibi’s lawyer, Saiful Malook, said in an op-ed in the Washington Post last month that his client’s most likely destination would be Canada if she was able to leave Pakistan.

And this fall, Prime Minister Justin Trudeau told Agence France-Presse in Paris that Canada was in discussions with the Pakistani government over the case, but declined to comment further, citing a “delicate domestic context.”

Following Bibi’s October acquittal, radical religious parties in Pakistan protested in the streets, calling for the killing of judges who acquitted Bibi and the overthrow of Prime Minister Imran Khan’s government.

They also filed a last-minute appeal for a review of the Supreme Court acquittal.

“We are working with like-minded friends and allies on this issue,” the department said in a statement. “Freedom of religion is a fundamental human right, and must be fully respected.”

— With files from The Associated Press