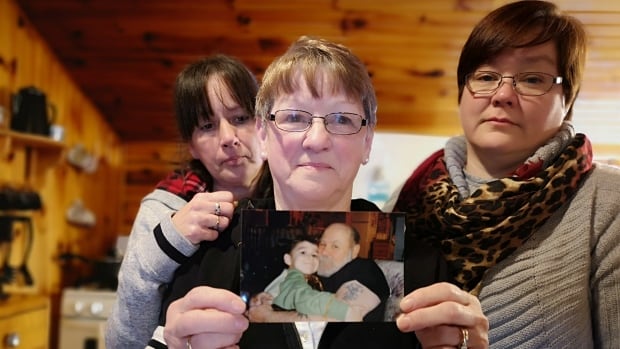 The last morning Tracy Gilbert saw her father alive, she walked into his room at the palliative care unit in Truro, N.S., and noticed he was struggling.

He was pulling at the sheets and moving his arms, she says, and it was obvious something was wrong.

At first, Gilbert thought her father was itchy. But two hours later, she realized it was much more severe — the bedside oxygen machine her family had become used to hearing had gone silent.

« There is no way that anybody can look at us and tell us that they didn’t know he needed oxygen to live, » said Gilbert. 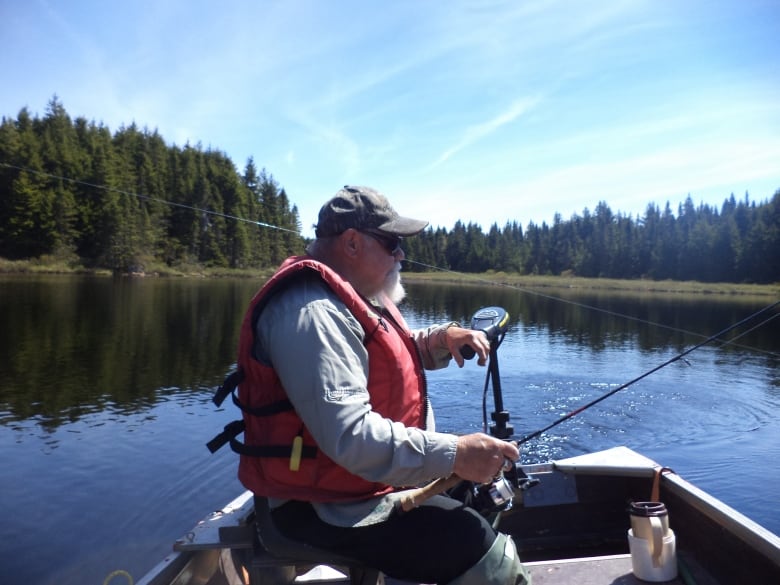 Donnie Taylor’s plan was to die at home, looking out at the lake. He ended up in the palliative care unit at the Colchester East Hants Health Centre one month before he died. (Submitted)

Donnie Taylor’s family alleges he went 13 hours without oxygen after he was returned to his hospital room following a family gathering down the hall.

Taylor had a long battle with chronic obstructive pulmonary disease (COPD) believed to be caused by asbestos exposure on the job. In his final months, he was diagnosed with lung cancer.

But Taylor’s family claims the lack of oxygen « hastened » his death.

Hospital staff doesn’t agree. However, changes were made on the palliative care unit following Taylor’s death.

« Instead of celebrating a birthday we were at a funeral home for his 70th birthday, » said Kelly Knox, Taylor’s daughter. 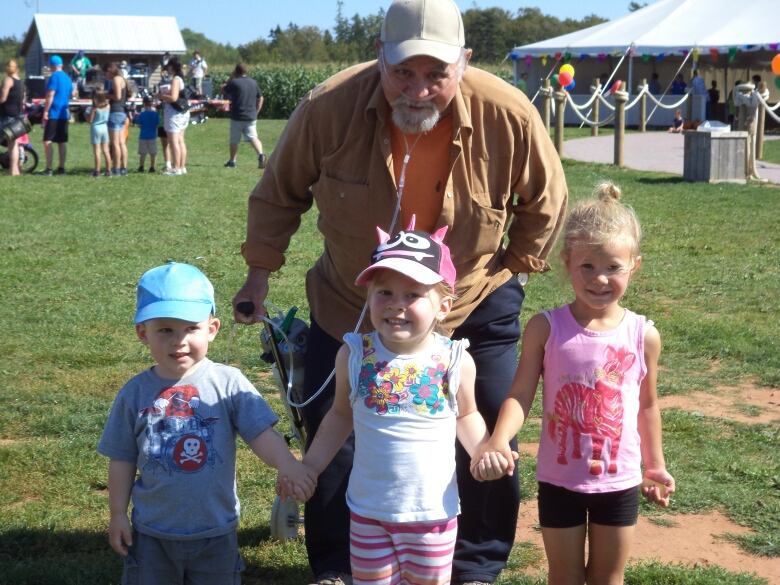 Donnie Taylor is remembered by his family as a loving great-grandfather. Despite his illness, he spent as much time with them as possible. (Submitted )

Health records obtained by CBC News confirm Taylor was prescribed five litres per minute of oxygen, but was only getting 10 per cent of that on the morning of his death. When the family notified a nurse about their discovery, the nurse immediately turned Taylor’s oxygen level back up to five litres.

Seventeen months later, the Taylor family continues to push for answers. They recently filed a complaint with the College of Registered Nurses of Nova Scotia, hoping it will lead to disciplinary measures.

The family has had several meetings with hospital officials, including at least one with senior management. The health authority has apologized to the family in writing and in person for their loss.

« It tells me that somebody said, ‘Uh oh, something wrong here. We need to check this out,' » said Taylor’s widow, Sandra.

« And, in the hospital’s mind, they knew they were in trouble. » 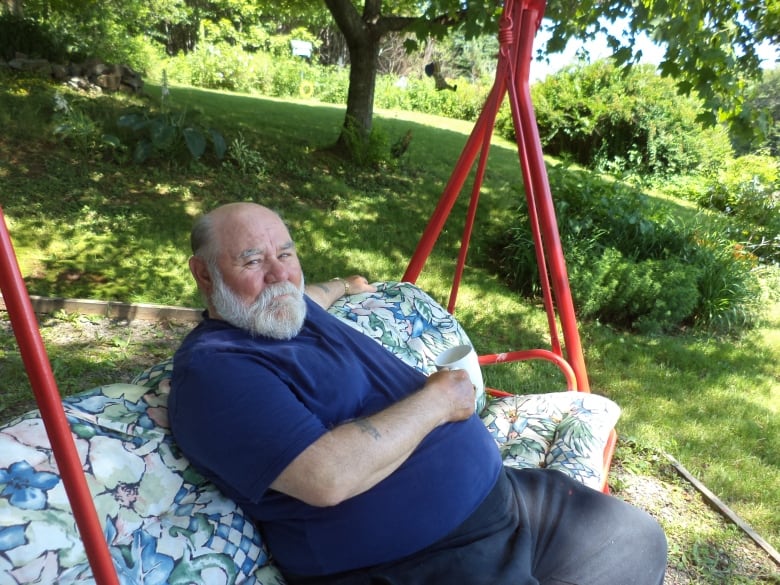 Donnie Taylor died a few days before his 70th birthday. He suffered a long battle with COPD and lung cancer, following exposure to asbestos on the job. (Submitted)

As a result of the quality review, staff at Truro’s palliative care unit was ordered to « review documentation practices related to checking oxygen administration levels throughout each shift » and « provide intentional education regarding the role of oxygen on the Palliative Care Unit. »

Staff were also trained on « development of communication skills. »

Dr. Dave Henderson, senior medical director of integrated palliative care at the health authority, said a lot of work is happening behind the scenes to improve palliative care in Truro and across the province.

He said more than 1,200 health professionals have received additional training through a program called Learning Essential Approaches to Palliative Care (LEAP) in the last few years.

« Often still in nursing schools and medical schools, we don’t get as much training as we would like in palliative care, » said Henderson. « So we’re working on that both provincially and nationally but also for those people that are out working already. » 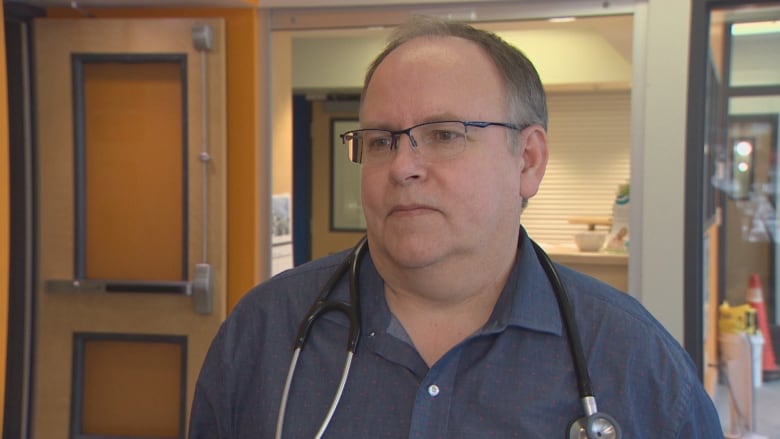 In the last year, the health authority’s northern zone, which covers Colchester, Pictou County and Cumberland, received funding for three part-time palliative care social work positions. A full-time social worker has also been hired to focus on bereavement, grief and wellness counselling for the region.

One of those social workers has been working closely with the Taylor family.

Sandra Taylor said her husband knew he was dying and he had spent months preparing with palliative care staff for a comfortable death.

« He thought, you know, eventually, ‘I would just sleep longer, and one time I just won’t wake up.’ And it should have been that way. That was the whole plan, » she said.

Instead, his loved ones believe he spent his last day in pain.

Taylor’s hospital charts indicate he was not in distress the night before his death. Rather, that he had apnea and appeared « congested. » Sandra Taylor was called by staff around 6 a.m.

A review conducted by the Department of Health determined the family’s claims of neglect were unfounded. Although on the question of how the drastically reduced oxygen levels ultimately affected Taylor’s death, the report is inconclusive. 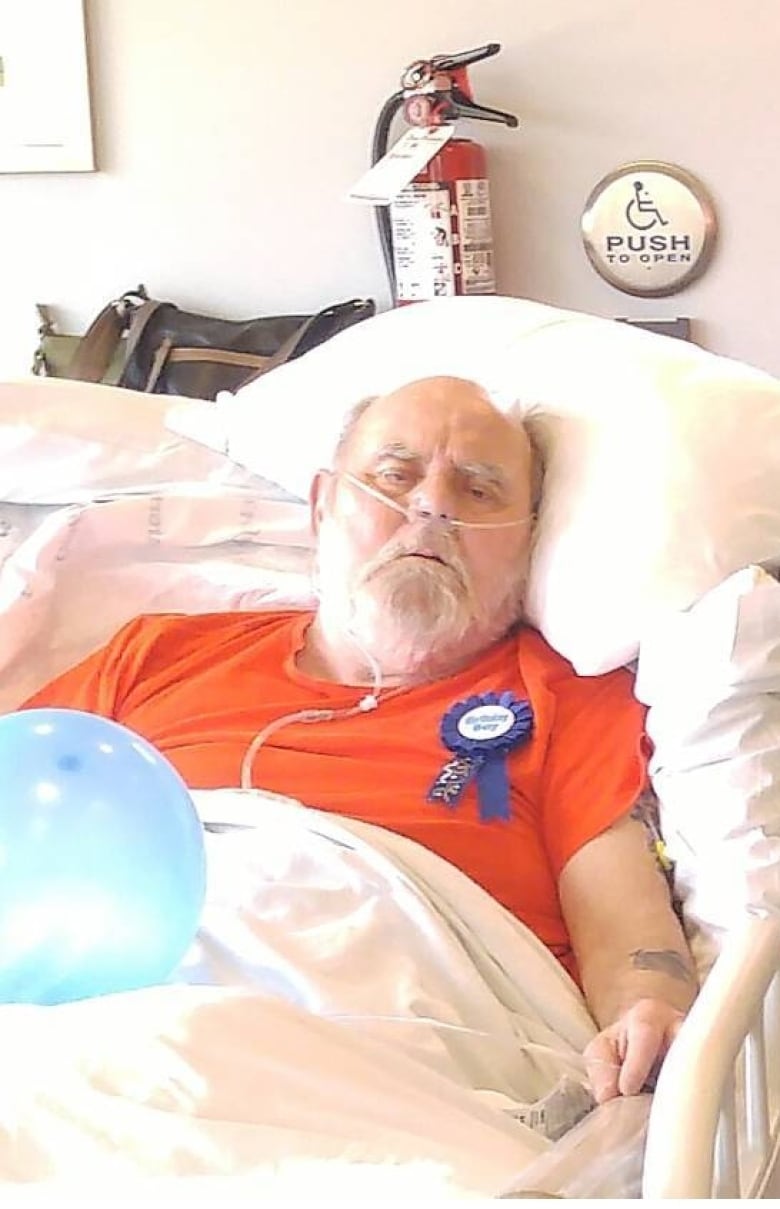 Donnie Taylor had an early birthday celebration in the palliative care unit with his family. His loved ones say he was no longer verbal but he was aware of his surroundings. (Submitted)

In her report, compliance officer Adele Griffith said: « It was reported by palliative care staff that it cannot be definitively determined that the affected patient did not suffer any discomfort because of the incorrect oxygen flow being administered; however, there is also no evidence to the contrary from staff. »

It was also not confirmed in Griffin’s findings that Taylor required continuous oxygen 24 hours a day.

They allege it was never turned back on following an early birthday party for Taylor the day before he died. Taylor was wheeled down the hall to a party room on portable oxygen, where his wife and daughters say he wasn’t verbal but was aware of his surroundings.

Once the party was over, the family left around 8 p.m. Sandra Taylor said when she was walking out the door, nurses were moving him back to his room.

« When he didn’t get the oxygen turned on [on] the wall, when that happened that may have been a chaotic error, maybe, you know, it’s possible things like that can happen, » she said.

But Taylor said she got angry when no one owned up to the alleged mistake.

« He didn’t have oxygen and somebody didn’t give it to him. And in this case they were special palliative care nurses and doctors. »

Knox believes the « culture of acceptability » within the palliative care unit needs to change.

« It’s because you’re dealing with somebody who isn’t going to remember anyway. You know, they’re pretty much really not going to know, right? And that is not acceptable, » she said.

« Why would you say that about a man who spent his whole life caring about people and their rights. To have that happen to you and to your family … it’s just wrong. » 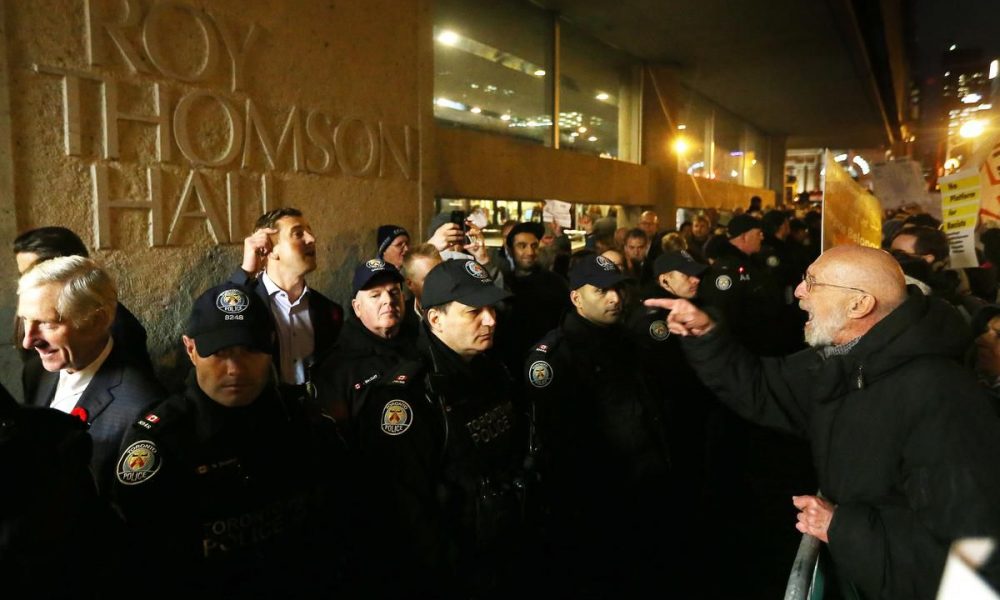 Before it even began, the Munk Debate that pitted former Trump strategist Steve Bannon against conservative commentator David Frum was already steeped in controversy.

The Munk Debates announced on Saturday morning that they made a “technical error” in delivering the results of Friday night’s faceoff between Bannon and Frum after initially announcing that the latter had lost when it had actually been a draw.

The debate had already faced criticism, with calls to cancel the event amid protests over Bannon’s involvement, including a raucous rally outside Roy Thomson Hall that resulted in the arrest of 12 people.

The Munk Debates typically begin with a vote asking the audience to choose whether they are for or against the question at hand. They also ask whether the audience members are open to changing their votes after listening to the debate. At the end, a final vote is done with the same initial for-or-against question. The debater who swayed votes to their side wins.

“The system involves various people talking behind the scenes,” said Rudyard Griffiths, chairman of The Munk Debates in an interview with the Star. “There’s one person that’s managing the live poll, that person is communicating with another person who is entering it into a slide, and then another operator is collecting those slides that are displayed on the screen in the hall. So there’s a lot of different moving pieces.”

Instead of presenting the numbers in the final vote at Friday’s debate, the tally from the question about whether or not the person’s opinion could be swayed were shown on stage — incorrectly stating that Bannon had won over Frum.

It was also The Munk Debates’ first time collecting votes electronically, having used paper ballots in the past, Griffiths added. They will conduct an internal report into how the error was made and how a mistake like this could be prevented.

Organizers caught on to the error about five to 10 minutes after the final announcement, but it was too late.

“By the time the error had been identified and brought to my attention, the people who were in the hall had left,” Griffiths said. “Some had remained for a post-debate reception and we were able to communicate the results to those people.”

They posted an update to their Facebook page after the debate. On Saturday morning, they sent an email to their members and posted the correction on Twitter.

While votes tend to sway after debates, draws are not unheard of, Griffiths said.

People were also entering the debate late and missed the vote on the initial questions, having been delayed by the protest outside.

J.P. Luisi, who attended the debate, was surprised that the corrected results did not yield a clear winner.

“My wife and a few other people that I spoke to changed their vote at the end, so it seemed odd that statistically there wouldn’t be a change,” Luisi said. “It’s like flipping a coin. Theoretically it could land on its edge, but chances are that it will be heads or tales.”