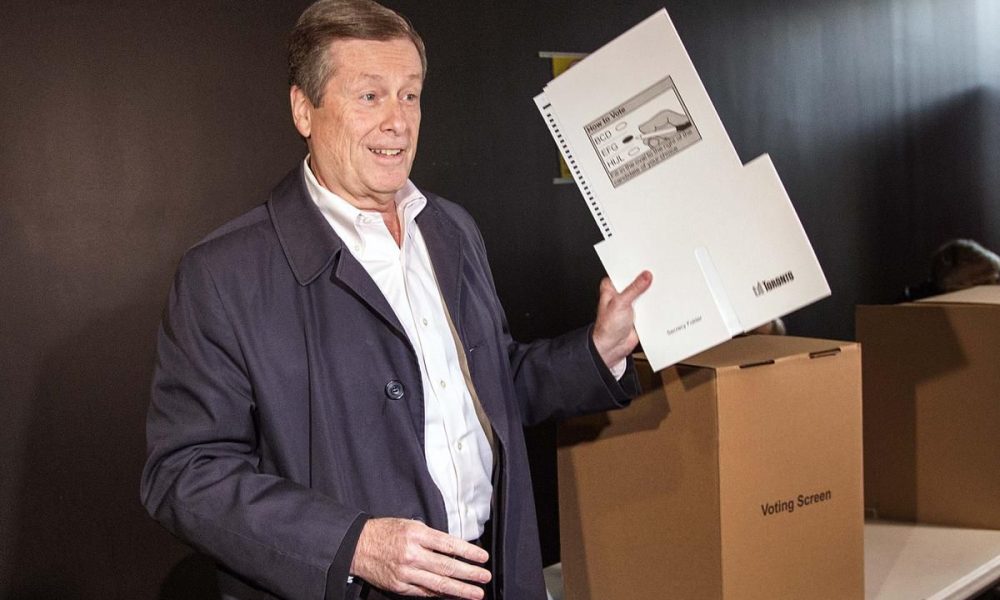 Toronto Mayor John Tory’s resounding victory last month gave him an “historic mandate,” as he put it. He’ll need it, because the city he is leading is badly stuck, unable to address the deep challenges it faces. Indeed, the mayor must use his hard-won political capital to make headway on four key fronts.

He’d better act quickly, because Toronto is the ninth most unaffordable city in the world. A median house here costs a staggering eight times median household income, which is less affordable than Los Angeles or London on that metric.

In the short term, the mayor would be wise to release more city-owned land for the development of affordable rental housing, as his challenger Jennifer Keesmaat proposed. Over the longer haul, he must take on the deeply ingrained NIMBYism of politically active homeowners, who have been standing in the way of higher density development.

Second is our deteriorating ability to travel around the city. Toronto’s traffic congestion is literally the worst in North America, according to a recent study. Innovation and economic growth increasingly depend on two things: density and the ability to quickly circulate people, goods and ideas.

On this front. Toronto is literally stuck in place. Car dependency is a key factor in Toronto’s divide, according to research by political scientist Zachary Taylor. While suburban voters deplore “the war on the car,” downtown voters demand the Relief Line. Both reflect the fact that Toronto’s transit infrastructure is inadequate for its current size and ambition.

As Toronto has grown, it’s become more unaffordable. Is it a problem city politicians can even fix?

While other global cities are building transit and high-speed rail lines as well as developing integrated cycling infrastructure Toronto is spending billions on outmoded roadways and trains to tennis stadiums. The mayor must use his mandate to address this problem head on, redoubling his rebuffed efforts to impose congestion charges and build new transit system and cycling infrastructure the city needs.

The third is the city’s deteriorating competitiveness in the knowledge economy. While worsening immigration restrictions under U.S. President Donald Trump have given Canadian companies an advantage in talent recruitment over the U.S., Toronto is actually losing ground compared to many cities.

Our recent analysis ranks Toronto among the world’s top 25 tech hubs, which sounds good until you realize that the region takes in less than 1 per cent of the world’s venture capital investment, trailing far behind global leaders like San Francisco, New York, Boston, London, Beijing and Shanghai. And Toronto’s share of global venture investment and tech startups have actually declined in recent years.

The fourth is our antiquated and dysfunctional governance system. The city lacks the flexibility it needs to undertake the kinds of public-private partnerships that have powered innovation in city after city across the world. The mayor must not only work to gain more independence and power from the province, but reach out to the private sector to craft new and more effective methods of collaboration.

To sure, Toronto suffers from deep economic and political divides — something our University of Toronto colleague David Hulchanski identified on more than a decade ago. The results of the mayoral election showed once against the divide between the old city, especially areas in and around the urban core and the amalgamated suburbs.

But, our own detailed our analysis of city council voting records reveals that returning downtown councillors voted with the mayor 94 per cent of the time during his first term, compared to 86 per cent for suburban incumbents. That suggests that our city’s government may be more unified than we think.

It better be. To unstick Toronto from its deepening new urban crisis will require all hands on deck. It will take bold vision and hard political work. Let’s hope that Mayor Tory and the new council are up to the task.

Richard Florida is university professor and Patrick Adler is a research associate at the University of Toronto’s School of Cities and Rotman School of Management.