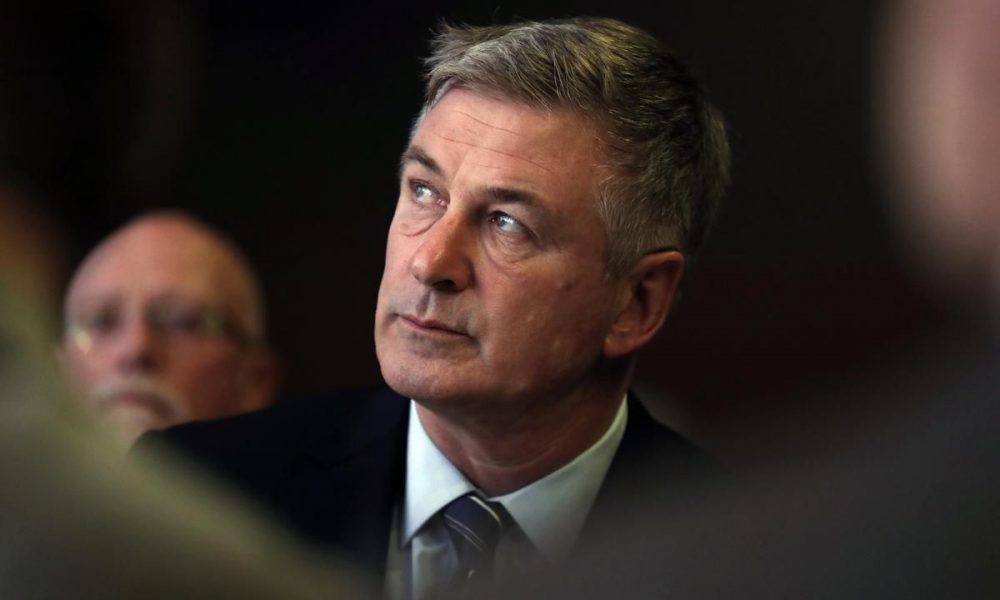 The actor has made a new career out of lampooning the U.S. president with his Emmy Award-winning caricature on Saturday Night Live.

But that has come with consequences. In a revealing interview with the Star, Baldwin said he was a potential target of a suspect who sent pipe bombs in the mail to at least 13 critics of Trump, including former president Barack Obama and former secretary of state Hillary Clinton.

“The FBI came to my home and told me that my wife and I were some of the people that this guy searched on his computer,” said the 60-year-old actor. “He had researched several people he viewed as opponents of Trump. They sat me down at my home and it was very disconcerting because I have young kids.”

Baldwin has four children with wife Hilaria and one with his former wife, the actress Kim Basinger.

“Up to this point I wasn’t really concerned about the safety issue,” says Baldwin. “But the only thing more dangerous than Trump are some of the Trump supporters. I make no secret that I’m totally opposed to Trump. It’s the low point of the American experience. If you want to hurt your enemy and want to destabilize them, what would be better than installing the worst possible leader of that country imaginable?”

When questioned, Baldwin would not say exactly what new security measures he has undertaken in his personal life as a result of the visit with the FBI.

“You can understand the answer to that question is rather private. But you can guess what we’ve had to do,” he says.

Florida man Cesar Sayoc, 56, pleaded not guilty this month to a 30-count criminal indictment over the distribution of parcels allegedly containing explosives, which did not detonate.

Baldwin spoke to the Star in advance of a Canadian tour, which reaches Winnipeg on Nov. 29, Toronto on Dec. 3 and Ottawa Dec. 4, part of the Unique Lives & Experiences series.

Baldwin returns to ‘agony’ of being SNL’s Trump

The actor has had a career in film and television that includes playing network executive Jack Donaghy on the NBC sitcom 30 Rock, for which he won two Emmy Awards, his current talk show on ABC, The Alec Baldwin Show, and hosting of Match Game.

There has also been speculation as to whether Baldwin will continue to perform as Trump on SNL in future episodes after he tweeted that it was “agony” to do the impersonation. He has been on at least one episode this season, but far fewer than when he first started, before the election. When asked about it, Baldwin seemed to suggest he will be winding down his appearances.

“I’m not sure if it will be very much. If you have Trump on for the sake of having it, it’s not so good. They are perfectly capable of doing other things.”

Baldwin says using Matt Damon to play U.S. Supreme Court nominee Brett Kavanaugh was an example of making a statement about Trump without impersonating him.

“When you take Trump out of the equation you can also make a statement,” he says. “But really, when Lorne (Michaels, creator of SNL) first contacted me, the answer was no. I didn’t want to do it. I was busy doing something else and the project fell apart. But I agreed because everybody was confident we would do three shows before the election and have a little fun with Trump and he’d be gone. The idea that Trump could be president was just absurd.”

Baldwin is the oldest of four actor brothers, including Daniel, William and Stephen. And now it looks like he can welcome a new Canadian relative to the family: Justin Bieber. The pop star is engaged to Hailey Baldwin, daughter of brother Stephen. There have also been rumours about a wedding. Although Baldwin says he’s not been witness to one.

“I’m not quite sure he’s in the family yet. I have no confirmation of that,” says Baldwin. “I have no idea what the facts are. But I don’t ask. It’s none of my business. They’re a young couple and they want to control that part of their lives. And he’s a public figure.”

Asked what he would say to Bieber to welcome him to the family, Baldwin replied: “What would I say to him? I’d say to him what I would say to any other member of the family. Pass the mashed potatoes.”

Baldwin has had a difficult relationship with paparazzi and has had a history of altercations over the years. Most recently in November, he was charged with assault and harassment over a parking dispute in New York. He disputes the charges and told the Star, “They’re saying I punched this guy in the face and that’s not true.”

Baldwin, in all his complexity, has certainly led a unique life. And his caricature of Trump has placed him squarely in the centre of pop culture. Although it’s a position that he doesn’t necessarily relish.

The actor says he has turned down projects over the years to ensure that he can be close to home, a move that hasn’t always hasn’t been great for his career.

“You get the call. ‘Come do this movie.’ It’s an undeniably strong creative opportunity that I would have jumped at 10 years ago. But they want to go to Prague for five weeks and I can’t do that. So I do these oddball things like the talk show or the game show, which I love as well, but really it’s about staying home with the wife and family and doing what’s important.”

Still, the Unique Lives event, called “A Hilarious Evening with Alec Baldwin: A Master of Characters,” is about legacy. And Baldwin says he would best like to be remembered not primarily for his body of work, but for simply being a good father and husband.

“Right now in this part of my life, work is a distant second. Work is receding in my rear-view mirror more and more every month. What I do for work is so much less than the aggression and the neuroses I used to have about getting jobs. I could not care less,” he says.

“As long as I provide for my family and everyone is safe. That’s the fundamental thing for me right now.” 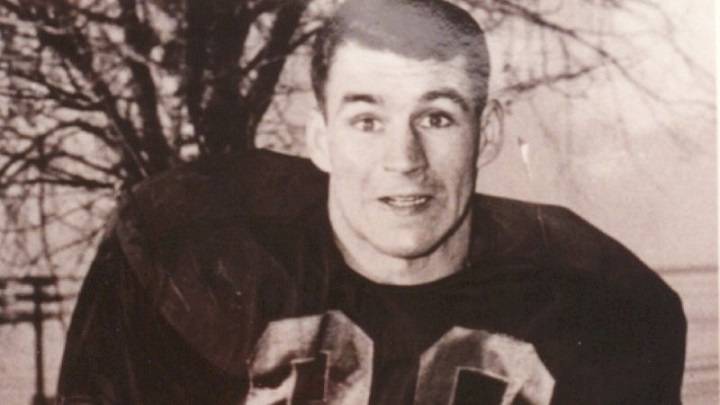 Gerry James, one of the all-time greats in the history of the Winnipeg Blue Bombers, is selling his coveted Ring of Honour jersey in order to visit his sick son.

“A jersey is just a jersey — my son’s life is a little more important than that,” said James.

The running back spent a decade in blue and gold, and he’s one of the select few chosen to be inducted into the Ring of Honour.

James’ son has been in hospital suffering from a serious infection that will require skin replacement surgery. The former football player is looking to sell his Ring of Honour jersey to cover some of his travel expenses to and from Victoria so he can visit his son.

James said his son’s health was uncertain for a time, and it has cost him about $50 to $60 per trip, which he does two or three times a week.

“It builds up,” James said. “To offset the costs of travel and some of the other stuff we’ve been supplying for him would be helpful to us.”

“It’s hard. It was and it still is. We’ve discovered a lot of things about ourselves and our commitment to our son,” he added.

James also spent time in the NHL with the Toronto Maple Leafs and is looking to sell his hockey sweater.


READ MORE:
‘It was kind of a whirlwind experience’: Winnipeg’s Geoff Gray back from NFL after signing with Blue Bombers

When asked if he had considered starting a GoFundMe, James brushed it off.

“I don’t know how that works. I’m not a technical guy, and my wife and I don’t think we should go to the public and try to raise money,” James said.