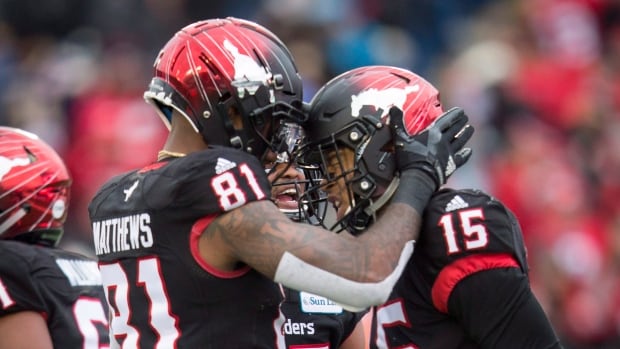 The Calgary Stampeders have been here before.

The last two seasons have gone according to plan for the mighty Stamps until the championship game.

They were the heavy favourites two years ago against Ottawa only to lose to Henry Burris and the Redblacks in overtime.

They were heavy favourites last year against Toronto only to lose to Ricky Ray and the Argos in a nail-biter — who can forget that goal line fumble by the Stamps?

To say it has been repeat disappointments for the Stampeders is an understatement as they were just a few plays away from being back-to-back Grey Cup champions.

How is it, then, that a team could find the composure to get back to the Grey Cup, after devastation the last two years?

Perhaps the motivation to right the wrongs of the past was enough to spur these Stamps onto Edmonton for another shot at glory.

Now quarterback Bo Levi Mitchell and the Stamps are heading back to the Grey Cup in a rematch of the 2016 game Calgary lost to the Redblacks. It’s a chance at ultimate redemption.

The 22-14 win on Sunday over the Winnipeg Blue Bombers was somewhat underwhelming. At times it slowed to a defensive halt.

But with about six minutes left in the game and Calgary leading 14-11, Mitchell orchestrated a drive to put the game out of reach.

Mitchell wasn’t spectacular throughout the game, going 17 for 31 passing for 214 yards and three touchdowns. But with the game on the line he marched Calgary down the field with a seven-play 74-yard touchdown drive capped by a brilliant pass and catch to Eric Rogers in the end zone. 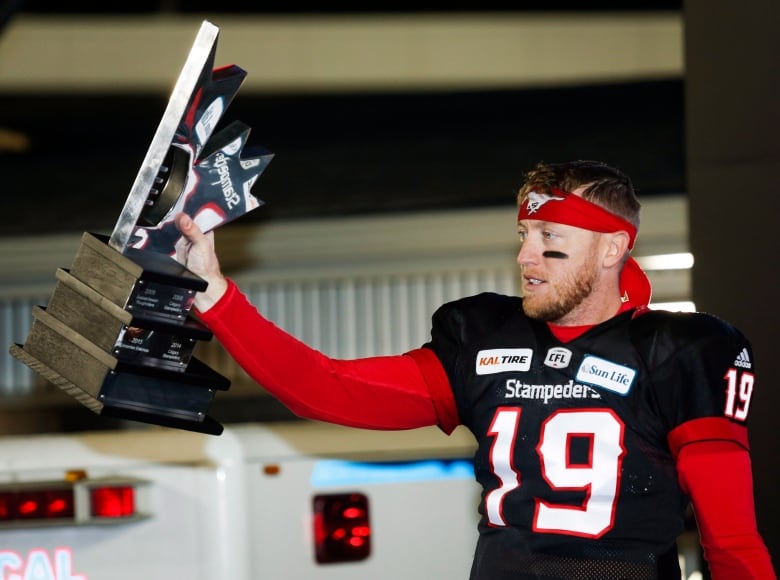 That put Calgary up by 10 points with just a little more than three minutes left in the game, a deficit the Bombers could never overcome.

Many have speculated this could be Mitchell’s last game at McMahon Stadium as he may head south with NFL aspirations. If it was, it was vintage Mitchell — finding a way to win.

This now marks the fourth time Mitchell will enter the Grey Cup game as a starter. He won his first start, only to lose the last two. Now he’ll hope to lead Calgary to another championship.

‘Tired of seeing the Stampeders’

This is now the fourth time in the last five years the Stampeders are heading to the Grey Cup.

They won it all against Hamilton in 2014. But their last two meltdowns in the title game have been well-documented.

The West trophy presentation celebrations in the south end zone of McMahon Stadium after the game Sunday couldn’t have been more subdued and reserved — it was as if the Stampeders wanted no part of what seems to have become somewhat routine to them all. They want the big prize.

He quickly shuffled it along to his players before being asked to share a few words over the loud speakers inside the stadium.

« A lot of Canada is tired of seeing the Stampeders in the Grey Cup but tough luck, we’re bringing our team to Edmonton, » Dickenson said. « We have great fans and a great city. The city is looking for something like this. »