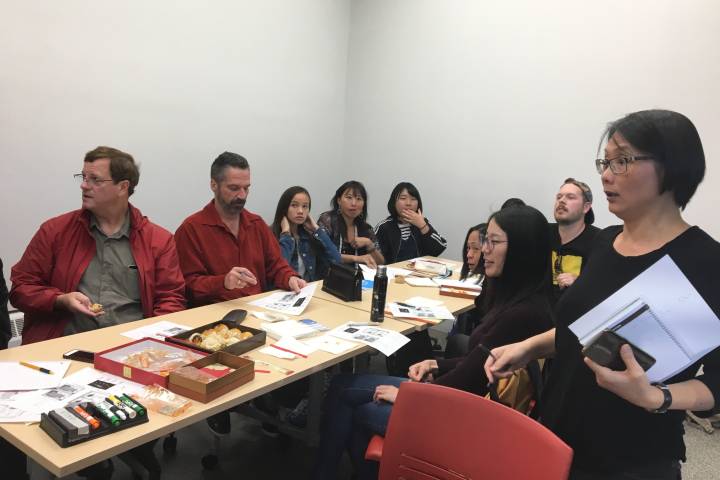 Huānyíng lái dào Mandarin Mondays: that’s how attendees of the Okanagan Regional Library’s Mandarin Conversation Club, held at its Kelowna branch, may learn to greet one another. The phrase means “Welcome to Mandarin Mondays.”

Participants of all backgrounds and walks of life dedicate their Mondays to playing mahjong, practicing brush pen writing and sharing Chinese cuisine, all with the goal of improving their language skills.

Marriana Chen is the mastermind behind the club. She says her lifetime passion is bridging eastern and western culture.

“It’s time now for Chinese immigrants to give back so that they find their confidence,” Chen said.

The group has evolved since its inception, shifting the format from a group classroom setting to one-on-one tutoring with one of 20 seasoned Mandarin-speaking volunteers.

Chen estimates that highly motivated learners attending the club weekly would take between one to three months to be able to have a basic conversation.

Lukas Mortenson was already studying Mandarin when he saw a flyer at the library advertising the club. He says his language skills have progressed exponentially since joining.

“The environment is really easy-going,” Mortenson said. “There’s no pressure to learn at a certain pace.”

The Mandarin Conversation Club meets every Monday from 5 p.m. to 7 p.m.

Anyone can join Mandarin Mondays, and the club is free of charge.