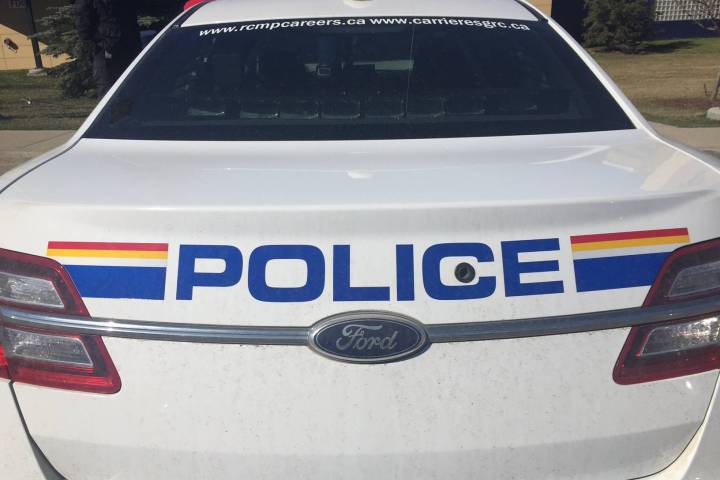 Camrose RCMP are asking the public for tips after receiving a complaint about girls being approached by a man in a pickup truck and allegedly being asked to enter in the vehicle.

Police said the incidents were reported to them on Wednesday at 5:30 p.m.

They said two different girls, who are not “associated to one another,” were allegedly approached by the man in the village of Hay Lakes, about 30 kilometres north of Camrose.

Both incidents happened in the area of 1 Street N. And Railway Avenue, according to the RCMP.

On each occasion, the girls were “asked to get into his vehicle” in order to show the man to the nearest gas station.

Police are asking anyone who has seen the driver, whom they referred to as a “suspicious male,” to contact them.

He is described as a white man who is about 30 years old. He has an average build, he’s clean shaven and he has black, spiky hair.

“The vehicle is described as having a short box and cap over it, similar to a Toyota Tacoma, [and] dark in colour,” police said in a news release issued on Wednesday.

Anyone who has seen the man or the vehicle, or who has information about the alleged incidents, is asked to call the Camrose RCMP detachment at 780-672-3341.

Hay Lakes is located about 65 kilometres southeast of Edmonton.