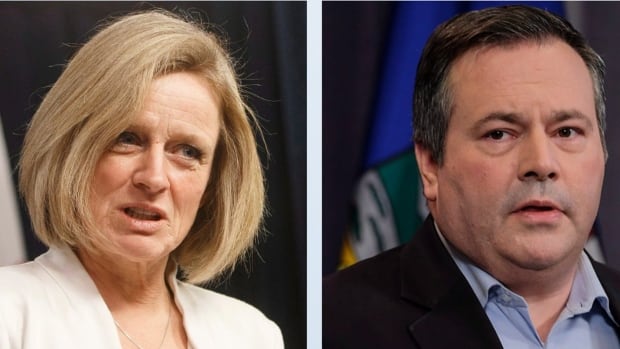 Alberta’s premier criticized the leader of the United Conservative Party on Monday for a comment he made last year equating the work of a lawyer fighting gay-straight alliance legislation with that of civil rights activist Rosa Parks.

In 2017, UCP Leader Jason Kenney spoke at an event organized by the Justice Centre for Constitutional Freedoms event, where he compared founder John Carpay’s work to that of Parks and asked people to donate to Carpay’s organization.

The video of Kenney’s speech resurfaced this weekend, after Carpay — a member of the UCP — was captured on video comparing Nazi swastikas to LGBTQ pride flags.

« John Carpay is no Rosa Parks. @jkenney, that is the second most offensive comparison I’ve heard this weekend. If you want to distance yourself from Mr. Carpay’s hateful views, you need to condemn — in a clear, unequivocal way — all of them, » Premier Rachel Notley tweeted Monday afternoon.

John Carpay is no Rosa Parks. <a href= »https://twitter.com/jkenney?ref_src=twsrc%5Etfw »>@jkenney</a>, that is the second most offensive comparison I’ve heard this weekend. <br>If you want to distance yourself from Mr. Carpay’s hateful views, you need to condemn – in a clear, unequivocal way – all of them. <a href= »https://t.co/6ZkV0gYpyc »>https://t.co/6ZkV0gYpyc</a>

Earlier on Monday, Kenney acknowledged Carpay’s apology for his remark while condemning the comments as vile.

« Genocidal totalitarianism has no relationship to political disagreements in our liberal democracy, » he wrote.

I acknowledge that John Carpay apologized for his offensive remarks. But this tendency to trivialize the unique meaning of Nazi and Soviet terror must stop. Genocidal totalitarianism has no relationship to political disagreements in our liberal democracy. <a href= »https://t.co/X3NN9Qi2Da »>https://t.co/X3NN9Qi2Da</a>

« The UCP is a big-tent party that supports the rule of law, equality of all before the law, and protection of the fundamental rights and freedoms of all. In that light, the UCP hosted Pride breakfasts in both Edmonton and Calgary this year. »

Carpay is the lawyer behind a legal challenge against an Alberta bill that protects students from being outed by teachers if they join a gay-straight alliance.

« The true motivations are crystal-clear now of the kind of hate and homophobia behind this kind of opposition. I think Jason Kenney needs to immediately suspend this person from the UCP party and denounce this kind of homophobic hatred, » said Kristopher Wells, an LGBTQ advocate and associate professor at MacEwan University in Edmonton who specializes in sexual and gender minority youth.

The leader said at the time he was looking to create a database to screen out extremists from seeking party memberships.

Kenney’s spokesperson has yet to respond to a request for comment on whether Carpay’s views about the LGBTQ flag would qualify him as an extremist member of the party.

CBC News has reached out to the UCP to ask the status of Carpay’s membership.

Carpay’s comments were made at a conference organized by Rebel Media, a far-right media organization that has been criticized for sympathetic coverage of white supremacy.

During his speech, he described the bill as « a type of law that they would have in Nazi Germany or Communist Russia. »

He also compared the rainbow flag to symbols of totalitarianism.

« How do we defeat today’s totalitarianism? You’ve got to think about the common characteristics. It doesn’t matter whether it’s a hammer and sickle for communism, or whether it’s the swastika for Nazi Germany or whether it’s a rainbow flag, the underlying thing is a hostility to individual freedoms, » Carpay said.

The speech led to strong online backlash, with Edmonton and Calgary talk radio hosts saying Carpay would no longer be welcome on their respective programs, and politicians on both ends of the political spectrum condemning his words.

Carpay initially told CBC News in a phone interview that the 30-second clip of his speech gave an incorrect impression that he’s « equating different belief systems. »

He later apologized in an emailed statement for « unintentionally » drawing the comparison.

« In speaking about the nature of the free society, and attacks on the free society, I referred in the same sentence to the rainbow flag and to the flags representing communist and Nazi ideologies, » Carpay wrote.

« In doing so, I unintentionally drew a broad comparison between the rainbow flag and the flags which bear the symbols of Communism and Nazism. I should not have done so, and I apologize. »