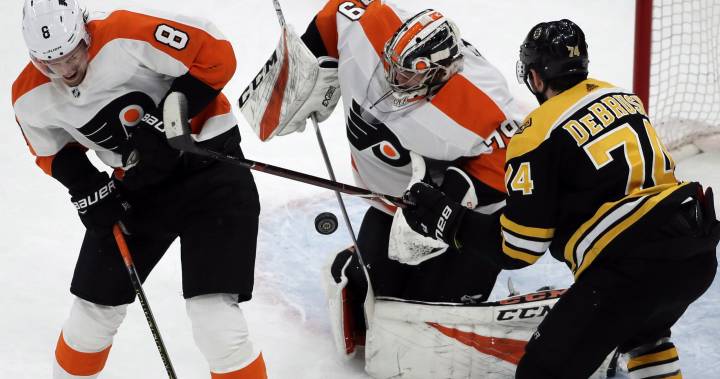 Friends in the summer, foes in the winter.

The two goalies in Saturday’s game between the Edmonton Oilers and Philadelphia Flyers will be Cam Talbot and rookie Carter Hart.

“We skated this past summer together,” said Hart, who is from Sherwood Park. “He’s a really good guy and a great goaltender as well. He’s the guy that I called the night before I got my first start against Detroit.”

The Flyers have won six straight games, with Hart in goal for five of them. He was named the NHL’s Rookie of the Month for January, going 6-2-1 with a .931 save percentage. It’s quite a turnaround for the Flyers, who were winless in eight in late December and early January.

“You look at those games, it’s not like we were far off. Guys still made sure that they stayed positive,” said Hart.

“Now we’ve gone on this six-game winning streak. I think that just shows the character we have in our locker room.”

Hart, 20, backstopped Canada to world junior gold in 2018, but he was a story in that tournament for more than just his play. His ritual of being the last player off the ice led to standoffs with opposing players at the end of periods.

“I definitely don’t do that last-guy-off-the-ice thing anymore,” laughed Hart. “I just realized, ‘Is this really going to make me a better goaltender?’ No. Not really.

It’s the first game back after the bye week for the Oilers, who have lost three in a row. Defenceman Oscar Klefbom is hoping to return after missing 19 games with a broken finger. He practiced again Friday morning but isn’t confirmed to be in the lineup.