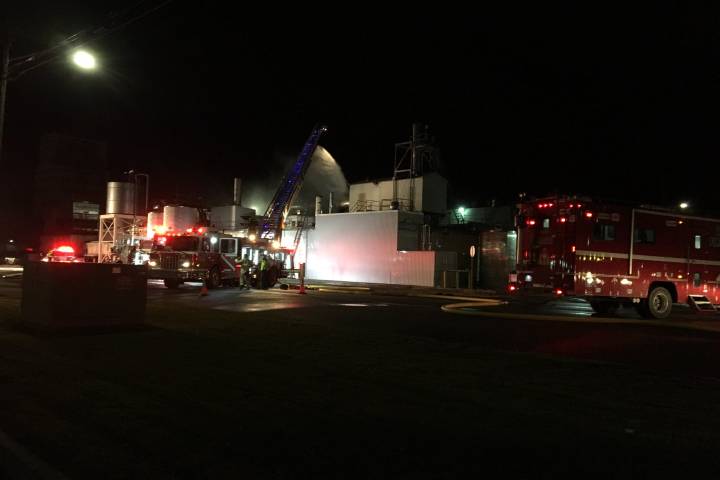 Lethbridge fire officials are investigating after a fire broke out at Cavendish Farms.

Crews were called to the scene at around 6:15 p.m. on Friday after the facility’s fire alarms went off.

Firefighters from four stations responded and were able to get the fire under control and extinguished by 8:30 p.m., officials said.

They confirmed nobody was injured and said crews were working with Cavendish staff to gain access into the building to better assess what may have ignited the flames.

A damage estimate has not yet been determined.