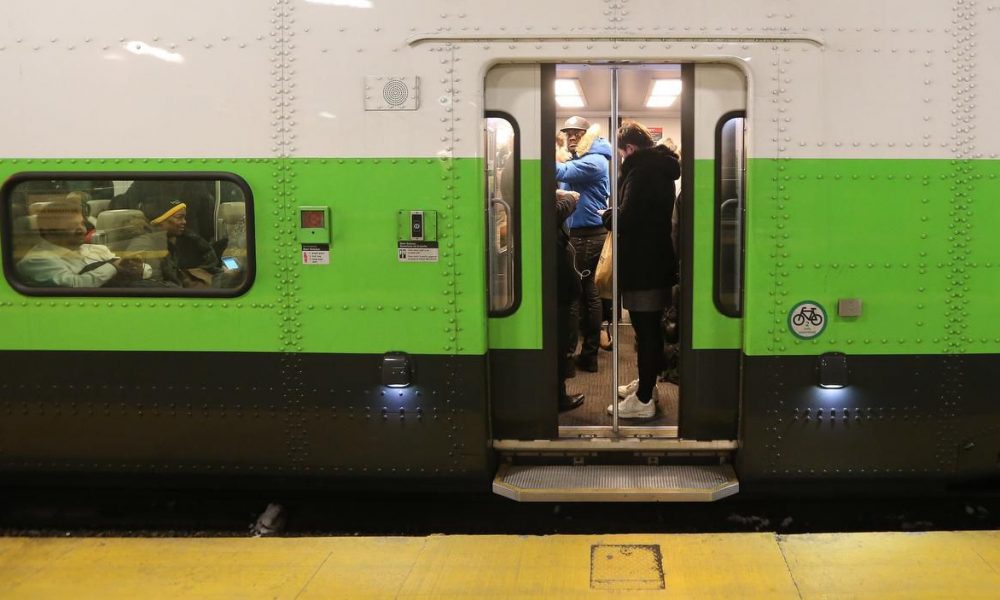 It’s a few centimetres tall and the thousands of people who use GO Transit every day hardly notice it’s there, but getting rid of it could lead to major improvements at Canada’s busiest rail station.

The single step at the door of every GO Transit car may not look like much, but Metrolinx plans to eliminate it as part of a wider effort to more than double the capacity of Union Station.

Metrolinx, the provincial agency in charge of GO, estimates making modifications that would allow passengers to directly board the cars without a step, just like a TTC subway car, could shave up to 20 seconds off the time it takes each train to enter and leave Union.

With about 40 GO trains serving Union during every weekday morning rush hour those seconds add up, and the time saved could allow Metrolinx to run more trains.

Finding ways to run more trains in and out of Union will be crucial in the coming years as the region’s population grows and the province moves ahead with plans to dramatically increase GO Transit service.

Under the GO expansion program, which was formerly known as regional express rail, Metrolinx plans to add more two-way, all-day service, run trains every 15 minutes or sooner, and electrify some of its rail lines. As today, the vast majority of all trips will start or end at Union.

The station’s location in the heart of downtown prohibits any major physical expansion, so instead Metrolinx is focusing on making operations more efficient.

Proposals outlined in a recent Metrolinx business case analysis of the GO expansion program include reconfiguring Union’s platforms and tracks, which according to Wolczyk haven’t been significantly altered since the station opened in 1927.

Perhaps counterintuitively, Metrolinx is proposing to increase capacity by reducing the number of tracks at Union, from 16 down to 10. The number of platforms would also be decreased from 13 to 10 (a single platform can serve two tracks), but they would be made wider.

In addition to the 10 main platforms, six smaller “bay” or “stub” platforms, which are open at just one end, would be installed at either end of the station to accommodate smaller GO, Via Rail, and Union Pearson Express trains.

Fewer main platforms means fewer trains would be able to enter the station at once, but the wider platforms could significantly improve operations.

The existing platforms at Union are the narrowest on the GO network, despite being the most heavily used. At times, particularly when trains are delayed, they can become perilously overcrowded, making it difficult for passengers to obey Metrolinx’s safety directives to stay clear of the platform edges.

“They always tell you don’t walk on the yellow lines, but you have a very hard time. People are zooming in front of you” because they want to get to a train, said Robert Campbell as he waited for his train home to Burlington one recent afternoon.

“You obviously get tensed up.”

To reduce crowding at track level, GO doesn’t announce which train is arriving at which platform until 10 minutes before it’s set to depart. Passengers are encouraged to wait in the concourse below track level, which delays boarding.

GO trains can sit at platforms for at least 10 minutes while they take on passengers.

According to Wolczyk that’s “really inefficient in terms of train and platform usage.”

“Ideally we’d like a train to come in and only spend two or three minutes here, and leave,” he said.

Wider platforms would allow for an entire train load of passengers to safely wait at track level and quickly board when the train pulls in.

The wider platforms could also let GO lift the speed restrictions on trains entering the station. Vehicles are only allowed to travel at about 16 km/h for safety reasons, Wolczyk said.

Getting rid of the step at the car doors and implementing subway-style “level boarding” would have two major benefits, according to Metrolinx.

Currently, GO operators need to slow down in order to carefully align the doors of each train’s single “accessibility coach” with the ramps on station platforms that allow access for customers with mobility devices.

By making the entire platform accessible, level boarding would eliminate the need to align the doors with the ramps, which Metrolinx estimates would shave seven to 10 seconds off the time it takes each train to enter Union.

Eliminating the step up onto trains would also allow passengers to board and exit coaches more quickly, contributing to a time savings of five to 10 seconds for each train.

Neither the existing platforms nor GO trains were built to allow for level boarding, however, and significant modifications would be required to both the vehicle fleet and platforms across the GO network.

Metrolinx is still unsure exactly how the alterations would be done or how much they would cost.

“We’re still in the concept phase, but we’re pretty sure we’re going to be able to solve that,” Wolczyk said.

Taken together with other modifications, including streamlining the track switches on the approach to Union, the proposed platform changes would more than double the current capacity at the station to 100 trains per hour, according to Metrolinx. The agency expects that to meet demand until about 2050.

The GO network expansion is scheduled to be complete by 2025.

Agency spokesperson Anne Marie Aikins said Metrolinx would work to minimize the inconvenience to the 300,000 people who pass through Union every day, including by performing construction on weekends. But service could be reduced or modified at times.

The modifications mean yet more construction at Union, which is already nine years into a major $823-million revitalization that was originally supposed to be done by 2015 and has already exceeded its initial budget by $180 million.That project is now slated to be done later this year.

Wolczyk said the public shouldn’t expect Union to be construction-free any time soon.

“For decades, there was nothing done to this place,” he said. Work at the station will “never be finished, cause it’s continually evolving.”