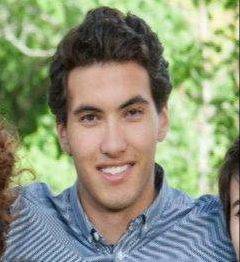 In Thomas Chan’s murder trial that began in September, both the Crown and his defence lawyers have not disputed whether he stabbed his father Dr. Andrew Chan or if he was the one wielding the knife on the night of Dec. 28, 2015.

Now, it’s up to a judge to decide if the 23-year-old should be held criminally responsible for Dr. Chan’s death.

Thomas Chan has pleaded not guilty to second-degree murder, attempted murder and aggravated assault. His judge-alone trial began in Superior Court in September.

Peterborough police found Dr. Chan’s body in the kitchen of his Haggis Drive home shortly after 3 a.m. According to police, Dr. Chan’s partner, Lynn Witteveen, was found in the master bedroom. She had been stabbed multiple times and was rushed to the hospital with life-threatening injuries.

Thomas’ mother and sister both told the court that he had a good relationship with his father, and saw both Dr. Chan and Witteveen several times during the holidays.

On the night of the alleged attack, Thomas was hanging out with friends. At some point, the group decided to buy and take magic mushrooms, also known as psilocybin. Court heard that Thomas took a second dose because he wasn’t feeling the effects of the mushrooms that his friends were experiencing.

Hours later, Thomas began yelling and ranting about religion. Court heard he referred to himself as God, and called both his mother and sister, “devils.”

Shortly before 3 a.m., he left his mother’s home and ran to his father’s house. He broke into the home, and allegedly stabbed Dr. Chan to death with a kitchen knife.

Witteveen was one of the Crown’s witnesses. She lost an eye in the alleged attack, was stabbed in the abdomen multiple times and one knife wound to the neck was so deep that it nicked her spine. She told court she will have to deal with the lingering effects of the attack for the rest of her life.

Court heard that Chan suffered multiple concussions when he was in his teens while playing rugby at Lakefield College school. Those injuries put an early end to his athletic career.

Witnesses testified that it sent Thomas into a downward spiral, and he suffered from depression and began using marijuana heavily as a result.

Thomas’s lawyers, Dave McFadden and Joleen Hiland, argue that Thomas’ previous brain injuries plus the magic mushrooms put Thomas in a psychotic state that qualifies as a disease of the mind.

During Thursday’s closing arguments, they argued that Thomas couldn’t appreciate or understand the consequences of his actions on the night in question.

The Crown agreed the magic mushrooms played a role in what happened that night, but argued that doesn’t mean Thomas shouldn’t be held accountable for his actions.

Thomas knew that magic mushrooms cause hallucinations, Crown attorney Andrew Midwood said, willingly took them and even took a second dose. Midwood said Thomas then isolated himself and began to meditate to deepen the effects of the drugs.

The result, Midwood said, is now before the court.

“I can scarcely imagine Dr. Andrew Chan’s and Lynn Witteveen’s terror at being so savagely attacked by a loved one in their home in the middle of the night,” Midwood said.

The judge is expected to deliver his verdict on Dec. 6.