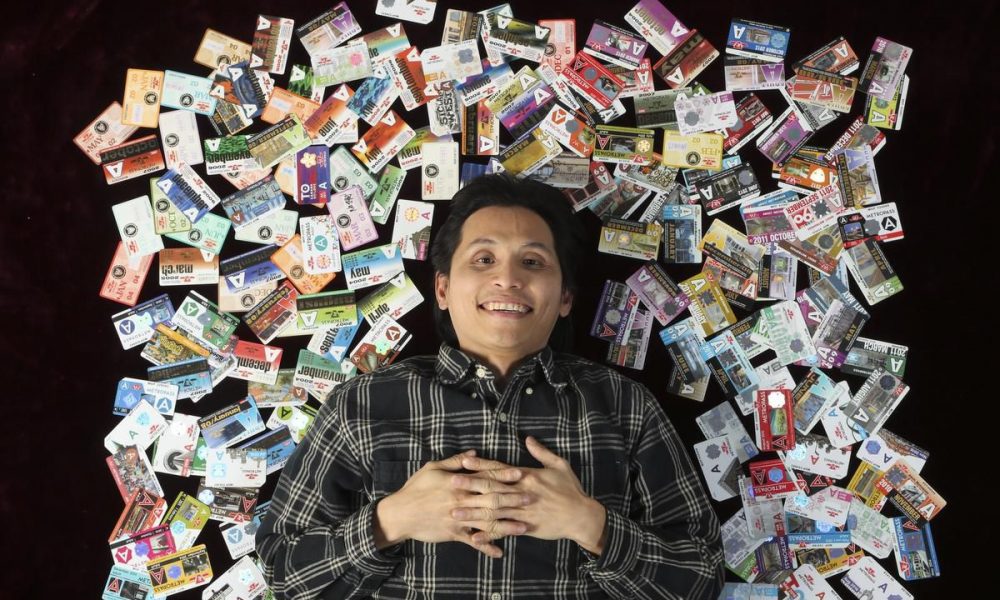 When Nathan Ng looks at a Metropass, he sees possibilities.

For the past 38 years, the TTC-issued cards have allowed customers unlimited trips on Toronto’s transit system, and as a downtown dweller who’s never owned a car, Ng has taken full advantage.

“It opens up the city,” Ng says. “If I want to take a bus one stop, I just hop on a bus, and I don’t think about it … Toronto is a big city full of different neighbourhoods, if you don’t have a car you’ve got to take the TTC.”

These are the final days of the Metropass. After Dec. 31, the TTC will no longer accept the passes, which are being phased out in favour of the Presto smartcard.

According to a spokesperson for the agency, since the first Metropass was issued in May 1980, the TTC has sold more than 78 million of them.

With the help of other transit enthusiasts and their collections, he’s embarked on a project to scan every single Metropass the TTC has issued and post them on the internet to create an online gallery. The effort will require scanning 464 cards.

Ng is coy about how far along in the project he is, but says he’s located the card for almost every month since May 1980, except for a three-year gap in the mid-1990s.

“It’s like collecting baseball cards or something, where you’re like, ‘Oh I need January 1996. Does anybody have January 1996?’ ” he says.

Ng says what fascinates him the most is the evolution of the Metropass design over time, from early paper cards that required users to insert a separate TTC photo ID, to the sleeker plastic versions of today that operate with a magnetic strip.

His favourite are the older ones. “You like what you like when you were younger. So I kind of have a nostalgia for the past style,” he says.

He is less partial to the 2016 set of passes, which the TTC initially thought would be its last before delays to the Presto program pushed the date of the transition back. To commemorate the occasion, the TTC designed that year’s passes as a kind of puzzle with overlapping images that, when laid out together, form a cohesive picture.

“I thought the concept was great, but the actual execution was not as exciting as I’d hoped,” Ng says.

Ng is unequivocal about which pass he considers the TTC’s ugliest: October 2005, a garish orange-red number with gold embossing that he says has a certain “hideous glory.”

While some Metropass aficionados have framed their passes or even made them into art, for the moment Ng keeps them in a simple pouch envelope in his home.

He says more than anything he considers them a memento of travelling on the TTC, a pastime he looks on fondly. He even rides the system for fun sometimes.

Although he acknowledges frequent problems such as service delays can make the system frustrating, he sees the TTC as a “flawed gem,” and says he’s never regretted not owning a car.

“I’ve never had to change a tire, fill up a tank of gas, pay for parking, get a speeding ticket. All the hassles of a car, I’ve avoided.”