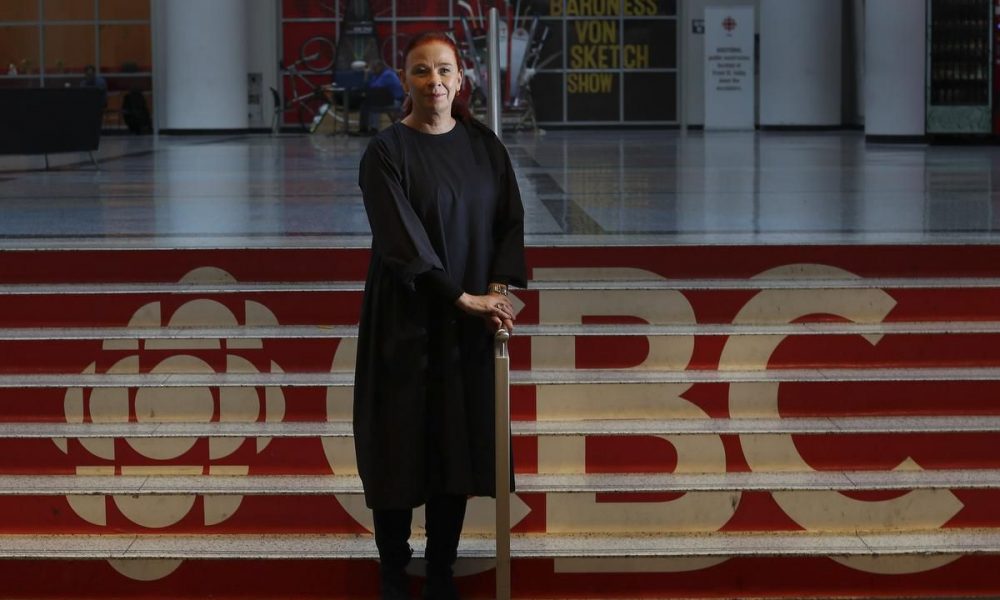 Catherine Tait, the uber-boss of the CBC, has compared Netflix’s television domination to the kind of colonialism exhibited by the British and French empires.

So far, no correlation has been made to Amazon Prime Video being headed by Attila the Hun or Genghis Khan running programming at Hulu, although I imagine those shops would be heavy on drama, light on comedy.

Next, we’ll hear that Tait wants to build the Great Cultural Wall of Canada barring the Americans from flooding the market with their cheap reruns of Three’s Company.

Donald Trump, still trying to build his wall or fence, or semi-permeable Styrofoam barrier, would be impressed.

The reality for Canada, though, is that the barbarians are already at the gate.

You don’t need to be an anthropologist to see what the most recent numbers reveal every week: American culture dominates our viewing habits.

The No. 1 show for several years running in Canada has the CBS nerd sitcom The Big Bang Theory. ABC’s The Good Doctor and CBS’s Young Sheldon were in second and third place. No Canadian show made the top 10 except for Lisa LaFlamme holding the fort by gamely talking about Trans Mountain pipelines on the CTV National News.

But bully for Tait for not showing the white flag.

“I was thinking about the British Empire and how, if you were there and you were the viceroy of India you would feel that you were doing only good for the people of India,” Tait said on a media panel in Ottawa Friday. “If you were in French Africa, you would think ‘I’m educating them. I’m bringing their resources to the world and I am helping them.’”

Tait made her comments while Netflix director of public affairs Stéphane Cardin reportedly shook his head in disbelief — although he might have just been trying to figure out his most recent bonus cheque since the company’s revenues grew by 35 per cent in 2018 to $16 billion (U.S.).

Not bad for a shop that started out sending you DVDs in the mail. Remember DVDs?

Or it could be because Cardin’s heard it all before. Despite the indignation from those in the industry who disagree with her, Tait’s comments aren’t new.

“They are the perfect representation of American cultural imperialism,” Christophe Tardieu, director of France’s National Cinema Centre, the organization that pays for most of the Cannes Film Festival, told the New York Times way back in 2017.

Netflix, of course, isn’t just disrupting legacy broadcasters; it is upending the movie industry as well, taking A list stars and plopping them on the same screen that you use to watch Jeopardy! Which, next to eating Cheez Whiz on Saltines, is as sacrilegious as it gets for the French.

Still, Tait has a point. Canadian broadcasters have a legitimate axe to grind with Netflix.

Netflix is not required to contribute to the Canadian Media Fund, through which cable companies and broadcasters help to finance original Canadian productions.

Secondly, streaming companies don’t have to collect GST or HST sales taxes if they don’t have brick and mortar operations in the country. Meanwhile, their competitors have to collect that tax as well as contribute 5 per cent of their gross revenue to the Canadian Media Fund.

Netflix has said it shouldn’t pay into the fund because that would force “foreign online services to subsidize Canadian broadcasters.”

Ottawa decided not to implement taxes after Netflix said it would spend at least $500 million over five years on programming, a number which the company says it will exceed.

But the reality is, the playing field is grossly distorted. Australia, the European Union and Japan have already moved to eliminate the competitive disadvantage. Quebec started requiring Netflix to collect taxes this year. So Tait isn’t far off the mark.

“So all I can say is, let us be mindful of how it is we, as Canadians, respond to global companies coming into our country,” she says.

Still, as a broadcaster and producer, Tait has to tread a fine line. She has to figure out how to work with the steaming giant while not being swallowed by them.

Partnering with Netflix has its advantages. Just ask the cast of CBC’s Kim’s Convenience, who are now global superstars, or the makers of Citytv’s newly popular Bad Blood, which the streamer recently acquired. Netflix has become the gateway to the world for quality Canadian television.

Yet success on Netflix is a double-edged sword. Tait said “it was very painful” for her to read a Vanity Fair article thanking Netflix for Schitt’s Creek, even though it was a show that originated on the CBC.

But nothing is more revealing than the whole Bird Box controversy. A unanimous motion in the House of Commons asked Netflix to remove all images of the Lac-Mégantic tragedy from its fiction catalogue. The streamer used stock footage of the 2013 derailment and explosion in the Sandra Bullock thriller Bird Box and the TV series Travelers.

Perhaps the fact that Travelers is proudly co-produced by Canadians and originated on a Canadian channel made the difference. They had skin in the game. They were sensitive to the concerns in their own backyard.

That’s what Tait was trying, in a ham-fisted way, to say after all. That caravan of producers crawling north from Hollywood with a wad of cash? They don’t always have your best interests at heart, Canada.

Or put another way: “Looking at the ecosystem, everybody’s swimming in the same swimming pool,” she once said. “But some of the people aren’t cleaning it up.”