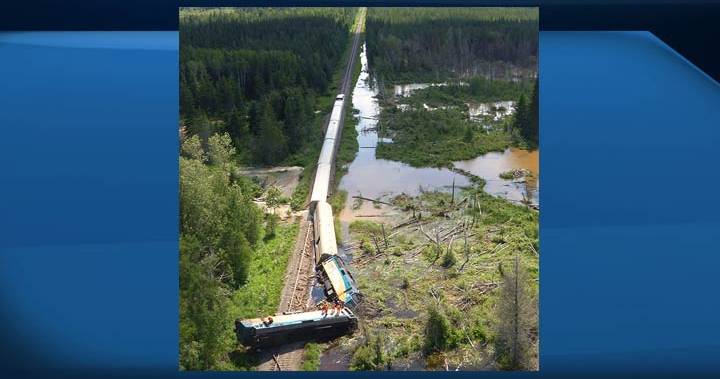 The Transportation Safety Board (TSB) is urging authorities to communicate better after a Via Rail train derailment in eastern Saskatchewan last summer.

The TSB said in a report that more than 100 millimetres of rain fell over the four days leading up to the derailment.

Engineering staff with Canadian National Railway, which operates Via tracks, found culverts were diverting water as they should the evening before.

Part of Highway 9 to the west was washed out at the time, but there were no protocols for Saskatchewan’s transport ministry and the railway to share information.

The board said with the highway breached, the excess water flowed overland and flooded the railway, causing the track to lose support.

“In locations where railway and road authority infrastructure shares a common drainage basin, it is critical that the authorities have communication protocols in place for the sharing of information relating to the protection of the infrastructure,” the report released Thursday says.

The board noted safety improvements CN made since the derailment, such as a warnings when heavy rain may lead to flooding in a specific area and increasing patrols.