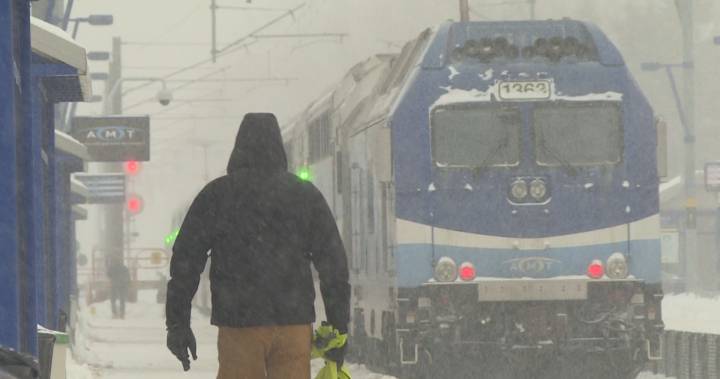 Exo commuter train delays on the Deux-Montagnes line are down nearly 20 per cent this month compared with January 2018.

In January 2018, commuters were full of rage as lengthy delays and cancellations became routine. The punctuality rate that month on the Deux-Montagnes line was 77 per cent, far below Exo’s self-imposed goal of 95 per cent. In the second week of January 2018, punctuality reached a low of 58 per cent.

Over the first three weeks of January 2019, punctuality has been 94 per cent, a 17 per cent improvement over last year. In the worst week this year, punctuality was 88 per cent. People have noticed.

“We worked all year to improve our infrastructure, our trains and our operations,” Exo spokesperson Catherine Maurice told Global News.

Exo says it’s impossible to be delay-free in the winter, but boasts there have been multiple perfect mornings in January. 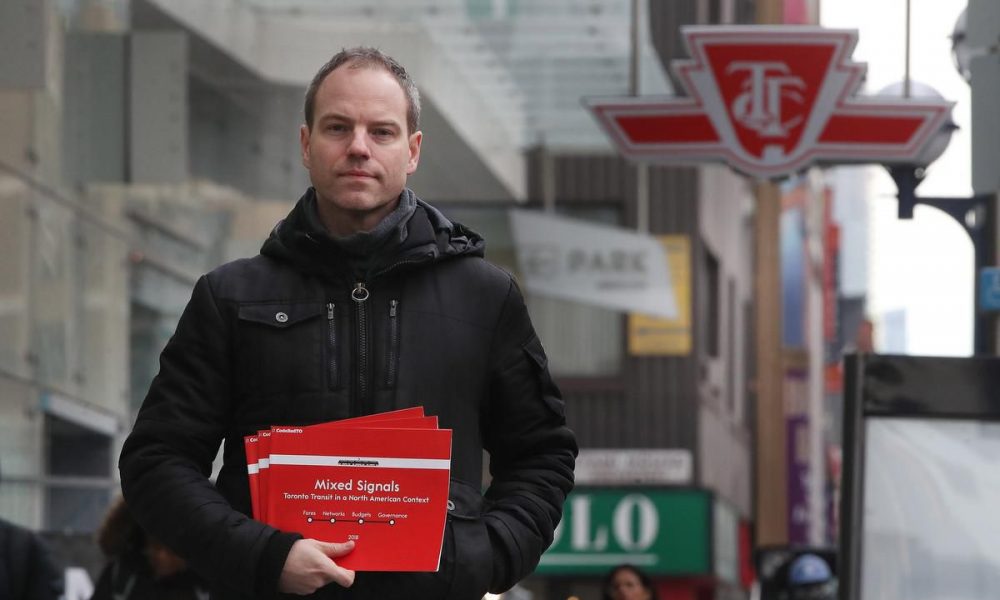 Toronto’s transit system is precariously funded, inefficiently governed and expensive to ride, but still attracts more passengers than comparable networks in other major North American cities, according to a new report.

The report, called Mixed Signals, was authored by non-profit transit advocacy group CodeRedTO and will be released at city hall Tuesday.

It concluded that Toronto is “lagging behind other comparator cities in key ways,” particularly when it comes to funding, but still outperforms its rivals in some important areas.

CodeRedTO executive director Cameron MacLeod said he hoped the report would shine a light on the hard choices facing the provincial and municipal governments as they move to expand transit in the GTA after what he described as “30 years of underfunding and under-expansion.”

“We know that other cities approach having modern, effective transit in a very different way. And most cities have come to the conclusion that they have to have hard conversations and they have to figure out how to pay for it,” he said.

CodeRedTO decided to omit New York City from the study because its population is three times that of Toronto, and its subway network predates Toronto’s by decades.

The “most alarming finding,” according to the report, was the extent to which Toronto relies on fare revenue to pay for service.

In 2017, more than two-thirds of the TTC’s $1.8-billion operating budget came from fare revenue, “a level not seen in any other city in North America,” according to the report.

Most of the comparator cities rely on fare revenue for less than half their operating costs, with a government subsidy making up the majority of spending. The subsidy the TTC receives is notoriously low — in 2017 it was just 90 cents per rider, according to the report, compared to $4.75 US ($6.26) in Houston, $1.86 in Vancouver, and $4.56 in York Region.

MacLeod argued the TTC’s reliance on fare revenue instead of steady government subsidies can create a downward spiral that drives down the quality of service, and could be contributing to the trend of declining ridership on the network.

“Fewer riders on a route means that the buses are more empty, which means there’s less revenue to run those buses, so fewer buses run,” he said. “As that happens, people make the decision more and more to avoid transit.”

The report also found Toronto was an outlier in that most other cities have a dedicated revenue source to pay for transit.

Boston, Chicago, Houston and Los Angeles all use proceeds of a sales tax to pay for transit, while Vancouver has instituted a parking tax and tolls.

Toronto city council voted last December to examine tolling municipal highways to fund transit projects, only to have the Ontario Liberal government of the day quash the move.

MacLeod said the lack of a steady source of funding makes it difficult to follow through on long-term transit plans. The report calls for Toronto to institute “new, predictable, sustainable revenue” to fund transit.

The report also raised concerns about the governance of Toronto’s transit network, which is split between the TTC, a city agency, and Metrolinx, a provincial Crown corporation.

While Metrolinx operates GO Transit service in Toronto and the surrounding area, and also owns the Presto fare card system being deployed on the TTC, neither the City of Toronto nor the TTC has representation on Metrolinx’s board. Instead, its unelected members are appointed on the recommendation of Ontario’s transportation minister.

MacLeod said the governance model effectively means there is a “locked door” between Metrolinx and the TTC that hampers efforts to co-ordinate transit in the region.

The report concluded “no other comparator city has a fare card fully controlled by another level of government with no local oversight.”

“We have this really big barrier to entry where somebody has to decide at the beginning of the month if they will need the TTC often enough, and they have to have $146 saved up and available,” MacLeod said.

He argued the TTC should institute a pay-as-you go system that would put a cap on the number of rides customers pay for each month — after a certain number of paid rides, trips for the rest of the month would be free. Presto already operates on a monthly cap system on GO Transit, but the TTC says it has no plans to implement such a policy for monthly passes.

Despite lagging behind other cities in important ways, the report concluded there are some things Toronto is doing well.

With about 535 million riders last year, the TTC has the highest ridership of all agencies CodeRedTO studied. Just under one quarter of commuters in the GTA take public transit to work, compared to 20.4 per cent in the Vancouver area, and just 5 per cent in Los Angeles.

“The whole point of this is that we need to keep going to ensure that our system stays strong,” MacLeod said.

“We’ve rested on our laurels a bit too much.”