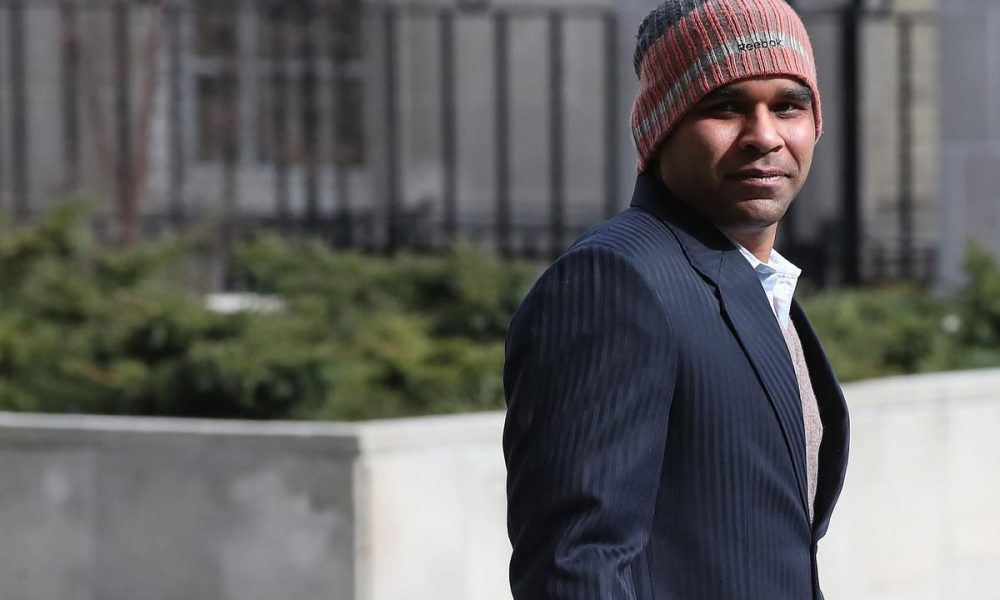 Over the course of their three-month marriage in 2015, Rajinder Gupta repeatedly raped his wife, telling her to “just let the pain happen,” a court found Thursday.

His parents, Sheela and Vinod Gupta, were both convicted of uttering death threats.

According to the decision, the complainant testified Sheela told her she “should be killed” for not making her son happy and that “these types of daughter-in-laws should be killed” after a news story about a woman killed in India came on the television.

The complainant and her father testified Vinod said he would hang them and cut them to pieces during a bizarre dispute about living arrangements.

Diamond found the complainant, whose identity is under a publication ban, to be a credible witness and accepted her characterization of her marriage “as being controlled and dominated by (Gupta) and his parents.”

But while she “obviously (was) not expected to testify as if she kept a diary of every event that occured in her three-month marriage,” he said, she was not always consistent or reliable in her description of some of the incidents that took place over the three months, leaving him with reasonable doubt on those charges.

Diamond specifically rejected an attempt by Gupta’s lawyer George Tsimiklis to portray the complainant as someone “motivated to leave her marriage to (Gupta) ‘with honour’ by fabricating her evidence so that she would still be looked as a ‘pure’ in her community.”

Diamond said no expert evidence was called on this point and both the complainant and her father testified this was not the case. He found the complainant held off reporting the sexual assaults for months in the hope that things would change.

Diamond also rejected the defence assertion that the complainant made up the “non-consummation” of her first marriage to support her request for a divorce — no evidence was presented and the issue was “clearly collateral,” he said.

According to Diamond’s ruling, the complainant and Gupta had an arranged marriage organized by their parents through the popular website shaadi.com. The wedding took place on April 15, 2013. The complainant went to the police on July 13, 2015.

The complainant moved into the Guptas’ home after the wedding and eventually got a job at a factory, although she would have preferred a job in the restaurant industry.

Gupta testified that he wanted his wife to work at a factory, rather than a Tim Hortons, because she should have a job where “she has to work every single day and not have it easy … working hard means a factory job.” He also forbid her from wearing make-up to work because he did not “want her looking attractive when she was at work.”

The complainant’s allegations of sexual assault start from the wedding night. She testifed Gupta raped her twice. The second time, she said, she told him it was even more painful than the first time and he responded: “don’t worry … let it happen … let the pain happen.”

Gupta claimed they had consensual sex, and that the complainant made him feel ashamed by commenting that he had a “tiny penis.” Diamond found Gupta’s claim that the complainant was not satisfied with their marital sex life and sought to leave the marriage as a result had “no air of reality.”

Diamond said he acquitted Gupta on the two counts of sexual assault from the wedding night because the complainant gave conflicting testimony on whether she had consensual sex with Gupta during the first two weeks of their marriage — although she did testify she did not want to have sex with Gupta “most of the time” and that “just to make him happy, I would say okay.”

For their honeymoon, two weeks after the wedding, the couple took a day trip to Niagara Falls where Diamond found that Gupta raped the complainant at a hotel.

When they returned home, the complainant testified Gupta bit her breasts hard enough to draw blood, and also bit her shoulder and thighs. Gupta was also found guilty of sexual assault for this incident.

Although Diamond acknowledged a decision to consent must be voluntary and made without the influence of force, threats or fear, he acquitted Gupta of sexual assault on this count due to concerns about the complainant’s reliability.

Gupta was convicted on two counts of sexual assault, including one incident where the complainant testified Gupta anally raped her and forced her face into a pillow until she had trouble breathing. Diamond found the complainant’s sincere and truthful testimony was enough to sufficiently support a conviction on this count. On another night, Gupta raped the complainant twice, telling her to “just let the pain happen.”

Gupta was also convicted of assault for grabbing the complainant by the neck and telling her to get out of the home.