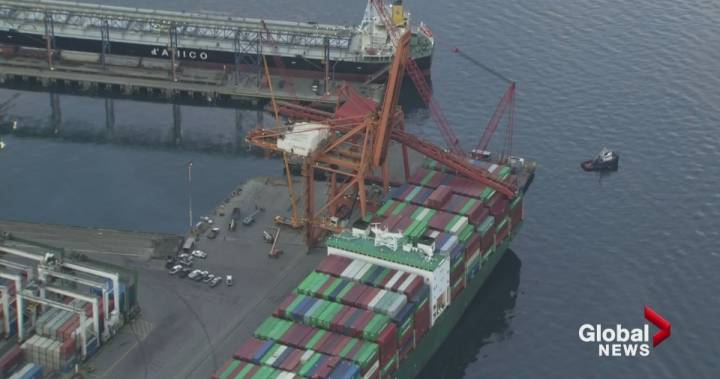 A crane that collapsed at the Port of Vancouver has finally been removed.

An update from Global Container Terminals, which owns the crane, says recovery work is now complete, adding that the impacted ship-to-shore crane boom was removed Tuesday morning from the vessel that came into contact with it.

Spokesperson Louanne Wong said in an email that the ship was relocated to the appropriate position on the berth and is also being worked on.

Wong said it’s expected the vessel discharge will be finished by early Thursday, allowing it to depart for the next port of call.

Two large floating cranes were brought in to help after the crane crashed down onto a container vessel on Jan. 30.