Seven years after she was raped by a stranger, an Ottawa-area woman is still seeking closure and waiting in trepidation for what justice could mete out.

Her attacker, Ryan Hartman, 38, was found guilty of sexual assault in 2012 and sentenced to 14 months in jail. He appealed and lost.

He appealed again. This time he admitted to the crime, but presented evidence that he was suffering from sexsomnia and argued that he was sleeping when he raped the woman.

The Ontario Court of Appeal granted him a new trial, which began in April 2017.

On Monday, a Brockville judge will decide if the original conviction should stand or if Hartman is not criminally responsible because of a sleep disorder.

Since being raped in 2011, the 30-year-old woman, whose identity is protected by a court order, has gone through two trials and two appeals. She says the delay has plunged her into depression and anxiety, and she’s battled alcohol and drug abuse, endured toxic relationships and wrestled with suicidal thoughts.

She says she is afraid of breaking down if Hartman is found not criminally responsible.

Before she was sexually assaulted in 2011, the woman was two months away from graduating from a community justice program at Algonquin College.

On a February evening during reading week, she and her boyfriend were invited to a house party in Spencerville, Ont.

Having drunk too much, the couple decided to sleep off the booze before they drove home and crashed on an air mattress. The victim set her watch alarm for 6:30 a.m., wrapped her arms around her boyfriend and dozed off.

Just a few minutes before her alarm beeped, she says that she felt a strong pain in her buttocks. Her jeans were pulled down and her belt was loose and someone was penetrating her anally. Her boyfriend remained asleep.

The victim says she was in shock.

« The next thing I knew, I woke up in pain and I put my hand behind me to feel where the pain was coming from, and that’s when I realized that I was being assaulted. »

An Ottawa-area woman who was sexually assaulted in 2011 fears her attacker will be found not criminally responsible for his actions because of a sleep disorder. 1:21

Prior to the attack, she had only had one interaction with Hartman at the party when she had asked him for a cigarette.

She says Hartman said nothing as he got off the mattress and walked out of the house. As the couple drove away from the home, she saw Hartman sitting at a picnic table in the garage looking « wide awake. »

« He does not have sexsomnia … and he sexually assaulted me. He is criminally responsible. »

Deep sleep as a criminal defence has only been used 13 times in Canada in sexual assault cases, said Blair Crew, a University of Ottawa professor who teaches sexual assault law.

Crew said a 2003 Toronto case set the precedent for the sexsomnia defence. In that case, Jan Luedecke was accused of sexually assaulting a woman at a party. He was found not criminally responsible.

Crew said that since the Luedecke decision, sexsomnia has resulted in an NCR ruling five times.

Crew worries sexsomnia cases may embolden potential offenders to think they can assault someone and claim the mental disorder to cast off responsibility. But in reality, he said, proving sexsomnia is difficult, because it requires a lot of medical evidence.

« Most people who rely on this defence can demonstrate a history of sleepwalking before. Often there is a family history. And the Supreme Court has been very clear that expert testimony will be required, » Crew said.

« These are situations that are not easily faked. »

If Hartman is found not criminally responsible, he will be treated as a mentally ill patient, and if his mental health improves, he could be discharged completely. 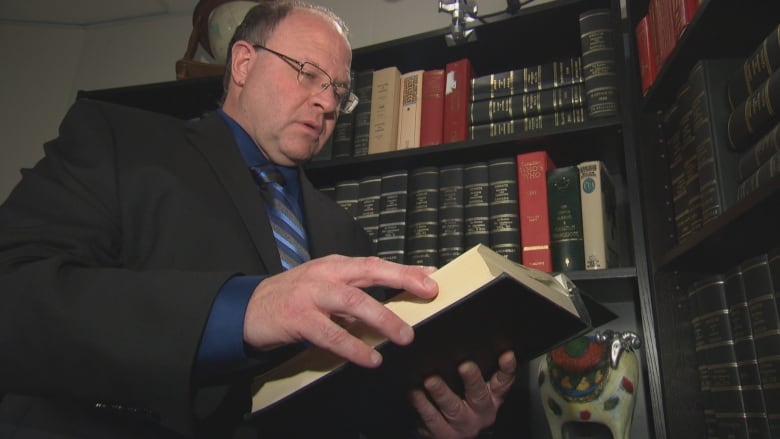 University of Ottawa law professor Blair Crew worries sexsomnia cases may embolden potential offenders to think they can assault someone and claim the mental disorder to cast off responsibility. (Jean Delisle/ CBC)

Monday’s ruling will be the fourth time the victim has come face to face with Hartman. She plans to arrive in the courtroom early as she gets anxious when things run late. The stress makes her flash back to her rape.

« If I had set my alarm an hour earlier or even 15 minutes earlier, the assault may never have happened. So I live my life counting minutes, watching the clock. »

She currently works as an office administrator, but before the assault, she hoped to become a parole officer. She once dreamed of rehabilitating offenders, but now she doubts if she can listen to their stories with sympathy.

She says she’s acutely aware that she’s not the woman she was meant to be.

Her voice cracks, then steadies as she breathes in and pulls up her sleeve to reveal a tattoo on her wrist: Survivor.

The woman got this tattoo, which reads ‘survivor,’ prior to her attacker’s second trial. (Jean Delisle/ CBC)

Where to get help:

If you’re worried someone you know may be at risk of suicide, you should talk to them about it, says the Canadian Association for Suicide Prevention. Here are some warning signs: