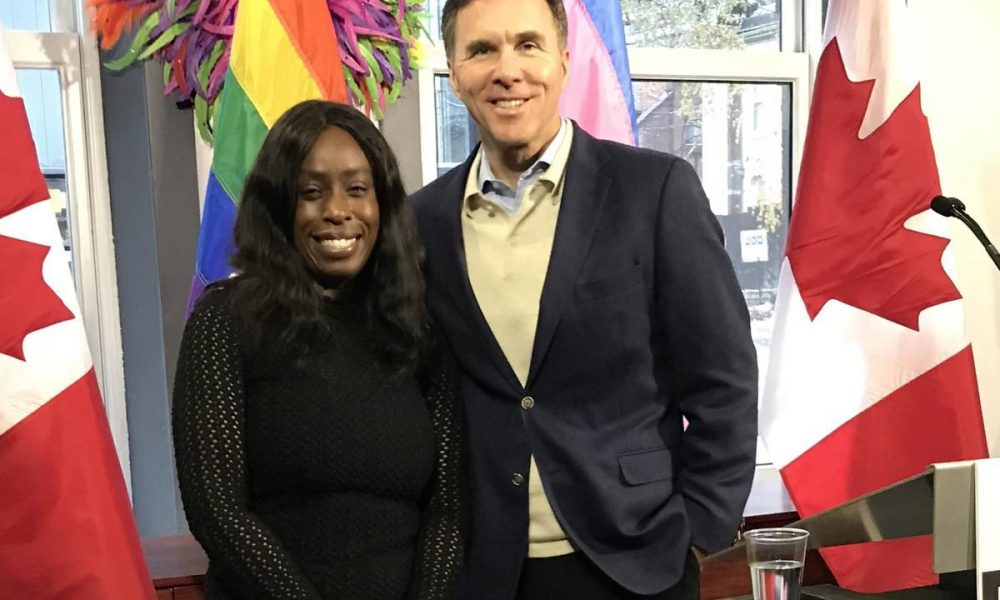 Pride Toronto is embarking on a federally funded, cross-country examination of the often tumultuous relationship between police and “marginalized” members of the LGBTQ community.

“We want to change the nature of the interaction of our community and police,” said Olivia Nuamah, executive director of Pride Toronto. When the report is done, it will be given to the Canadian Association of Chiefs of Police along with recommendations. She also wants police “at the table” during this Canada-wide consultation.

Finance Minister Bill Morneau was in Toronto Saturday alongside Nuamah to announce an “initial investment” of $450,000 for Pride Toronto. Nuamah said her understanding, following talks with government officials, is that the funds will form part of an eventual $1.2-million commitment over the next five years.

“We know that there is a long and turbulent history between the criminal justice system and LGBTQ2 Canadians,” said Morneau, referencing the recent experience in Toronto of “investigating and discovering violent murders in our community.”

Toronto police have been criticized for failing to solve numerous cases where men went missing in Toronto’s Gay Village. Community members believed there was a serial killer on the loose for many years. Landscaper Bruce McArthur now faces murder charges in the deaths of eight men, all with ties to the city’s Gay Village.

Pride Toronto’s Nuamah said the federal funding will be put toward hiring consultants who will facilitate surveys and public meetings in at least 10 cities across Canada, beginning with Toronto. She said it is important to hear from people who have experienced first-hand the sometimes difficult initial interactions between lesbian, gay, bisexual, transgender, queer and two-spirited (LGBTQ2) Canadians and police. Among the cities her team will visit are Vancouver, Winnipeg, Montreal, Ottawa and Halifax. There are 122 Pride organizations across Canada and she hopes that, in some way, they can hear from them all.

“We want to be able to provide police with advice from these consultations on what is the best way for police to have that initial interaction with our community,” Nuamah said.

Morneau’s federal riding of Toronto Centre includes the areas affected by the alleged serial killings. He made the funding announcement at the 519 Church St. community centre. He said Saturday that despite efforts by the community to fix the problems, they continue.

“For too long, the LGBTQ2 community has encountered injustice from various institutions in our society, in ways that have prevented people from living their own lives most fully and contributing your strengths to this country,” Morneau said. “Our government understands fully the injustices that have occurred, and the need for them to be rectified.”

He said he hopes the federal funding will help break down the barriers that “lead to negative outcomes” when the LGBTQ2 communities engage with the criminal justice system.

Nuamah said it is important that police be involved in the examination her group will begin next summer. She said the decision by Pride Toronto to welcome uniformed Toronto police back to the 2019 parade (they had been banned for the last two years due to simmering tensions between police and the LGBTQ2 community) is part of what she hopes will be a more collaborative relationship.

But she knows that on this Pride Toronto road trip there will be difficult stories. Asked if she could relate a story of a positive interaction between police and her community recently, she said she could not.

“Our hope is that the stories of abuse we will hear will lead to change, or at least change the nature of the advocacy that our group does,” said Nuamah.

Kevin Donovan is the Star’s chief investigative reporter based in Toronto. Reach him by email at kdonovan@thestar.ca or follow him on Twitter: @_kevindonovan 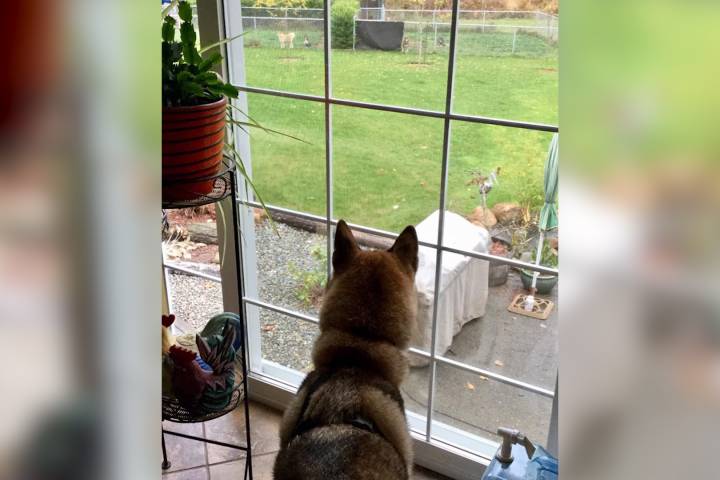 After learning that his 10-year-old Japanese wolf dog had just months to live, a Massachusetts mayor set out on an adventure with his furry companion that would cover 24 states — and even bring them to Canada’s West Coast.

On Nov. 2, the pair returned to the home on Vancouver Island where Mura was born.

Instead, he decided to take his best friend to see the place where she spent her first weeks of life.

“I wanted to bring her back to where she was born,” he said. “I wanted to see it for myself.”

Heroux said he had never met the breeder because they had sent Mura to him by plane. The dog has been with him since she was eight weeks old.

In September, she was diagnosed with terminal blood cancer.

They set out on their trip a month later, taking photographs and creating memories along the way.

“I didn’t set out to make a point. I just went for a ride with my dog,” Heroux said.

Some of the stops along the way included Arizona’s Grand Canyon, the Golden Gate Bridge in San Francisco and Mount Rushmore.


READ MORE:
Why a family chose to drive an 89-year-old car around the world

Heroux is mayor of Attleboro, Mass., and over the past decade, both he and Mura have become familiar figures in the city.

He said it is because of his high profile in the community that he wanted to share some of the special moments from their trip with his followers on social media.

“(We) watched the sunset in Santa Monica,” he said after returning home. “I didn’t take a picture of that because it was just too precious.”