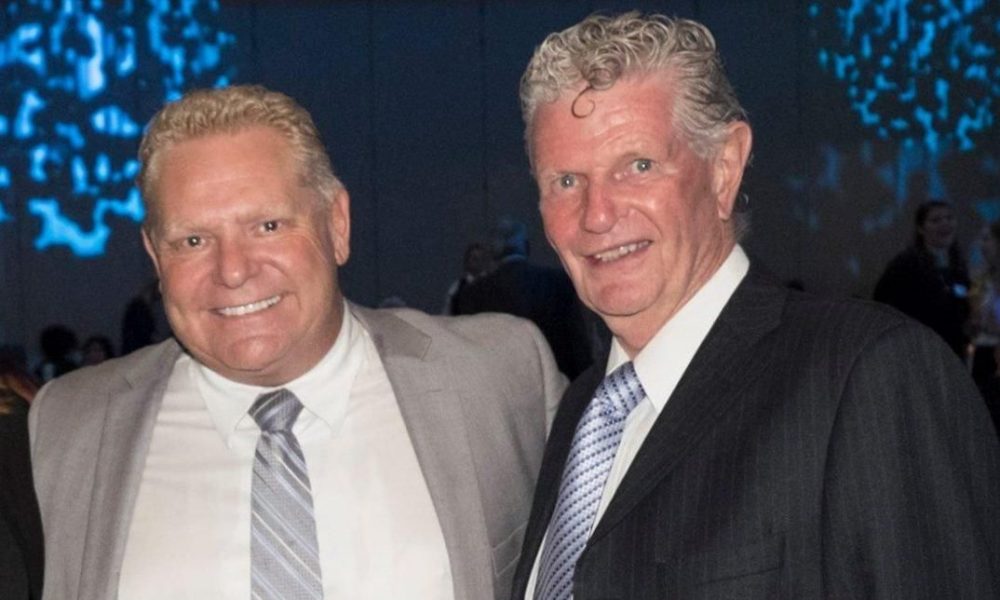 When the premier plucks his personal pal to be Ontario’s top cop, it smells.

When the job specifications are mysteriously loosened 48 hours after the competition opens — ensuring an under-qualified Ron Taverner will no longer be disqualified for lacking the qualifications — the stench of power politics is overpowering.

When Doug Ford stacks the hiring committee with a newly-appointed deputy minister who long ago bonded with Taverner (as his former boss on the Toronto force), the triangulation stinks.

When the premier refuses to recuse himself from cabinet’s final selection of our new Ontario Provincial Police commissioner, the foul odour crosses all lines, wafting across every ethical boundary.

That’s what happens when Ford fiddles with the rules: The fix is in, leaving the system broken beyond repair.

That principle is fundamental to our democratic system, ensuring law enforcement is conducted without fear or favour. Or friendship.

The OPP not only police the province, they probe our politicians when allegations of wrongdoing arise — as happened several times with the previous Liberal government. Now, the Progressive Conservatives have placed our police in an untenable situation.

Frontline officers will always look over their shoulders, asking themselves whether the chain of command is second-guessing them. And the public will always wonder if improper pressure was brought to bear, or whether the close ties between the premier and the OPP chief had an unconscious influence on decision-making.

In short, this is a tawdry outcome for reasons of both operations and optics. It’s not just about public perception, but police propriety.

The politics of policing are always controversial, ranging from the indignities of discriminatory carding to the injustices of wrongful shootings. Now, our premier is calling the shots unlike anyone before him.

This is not merely an unprecedented question of conflict but competence. It’s not just that Taverner and Ford are so close, but that the incoming commissioner never came close to the top job on the Toronto police force.

As reported by the Star’s sister publication iPolitics, the original job requirements required applicants to have chief or deputy chief experience — eliminating Taverner from the competition because he was stuck for years at the rank of superintendent, two rungs from the top. Two days later the prerequisites were quietly downgraded, allowing Ford’s personal favourite to put his name forward.

Despite the premier’s feeble protestations to reporters this week that the appointment is widely welcomed (while his OPP bodyguards looked on poker-faced) it is no secret the decision has demoralized the force’s former top leadership and the current rank and file.

Is Taverner an exceptional talent who merits a meteoric rise after showing early flashes of brilliance? At 72, he long ago hit a ceiling in the Toronto force, lacking the credentials of previous OPP commissioners who immersed themselves in legal studies, Indigenous issues, or public safety responsibilities while assuming progressively important management roles.

While Taverner never rose to the top ranks of Toronto’s force, his turf as unit commander in Etobicoke lined up with the political fiefdom of Ford Nation, where he consorted for years with the famous brothers as they flirted with politics. When the Fords invited him to breakfast, he broke bread with them. When the family threw barbecues, he swung by to hobnob and nosh with the future premier.

Now these two old soul mates are to be reunited as teammates — ostensibly to serve the public interest, though this unavoidably serves the premier’s interests. It is too close for comfort, and too close to avoid a conflict.

The premier’s office has already demonstrated its willingness to cross the thin blue line of police independence. Ford’s chief of staff ordered political staffers in October to demand police raids of outlaw cannabis outlets on the same day of legalization as a publicity stunt to show “people in handcuffs” on noontime newscasts, as the Star’s Rob Ferguson reported.

Ford campaigned for the premier’s job by promising to sweep Ontario politics clean. Six months into the job, he has only sullied it. 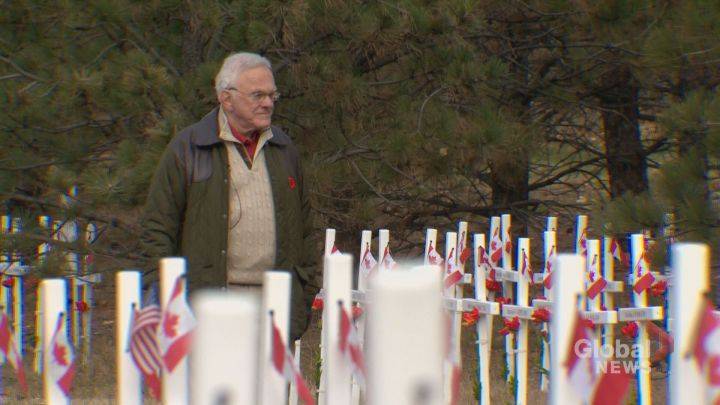 The Field of Crosses is a big part of observing Remembrance Day for thousands of Calgarians, and now the man who founded it 10 years ago has been recognized for his work on the project.

“I was really overwhelmed with the honour,” McCann said. “Just humbled.”

The Field of Crosses contains more than 3,400 crosses, each representing a southern Albertan who died serving Canada.

McCann wanted to create a place where Calgarians could pay tribute to the fallen, and his foundation has supported the event every year for the last decade.

“I’ve had a good life, because of freedoms I’ve had in this country,” McCann said.

“People gave up their lives so that I could live this life.”

“(That degree) is extra special to me, because my late wife of 38 years and mother of my five children was a registered nurse,” McCann said in a statement issued by the university.

Susan Schalin, who’s worked alongside McCann on the Field of Crosses from the start, said he’s definitely earned his honorary degree.

“It’s well-deserved,” Schalin said. “Murray has been–over the years–so involved with philanthropy, and has done so much behind the scenes without recognition.”


READ MORE:
Participating in Calgary’s Field of Crosses ceremonies an honour for students

“It’s sure given me great confidence in the future,” he said. “What a great country.”

The Field of Crosses is open through Remembrance Day on Memorial Drive across from downtown Calgary.