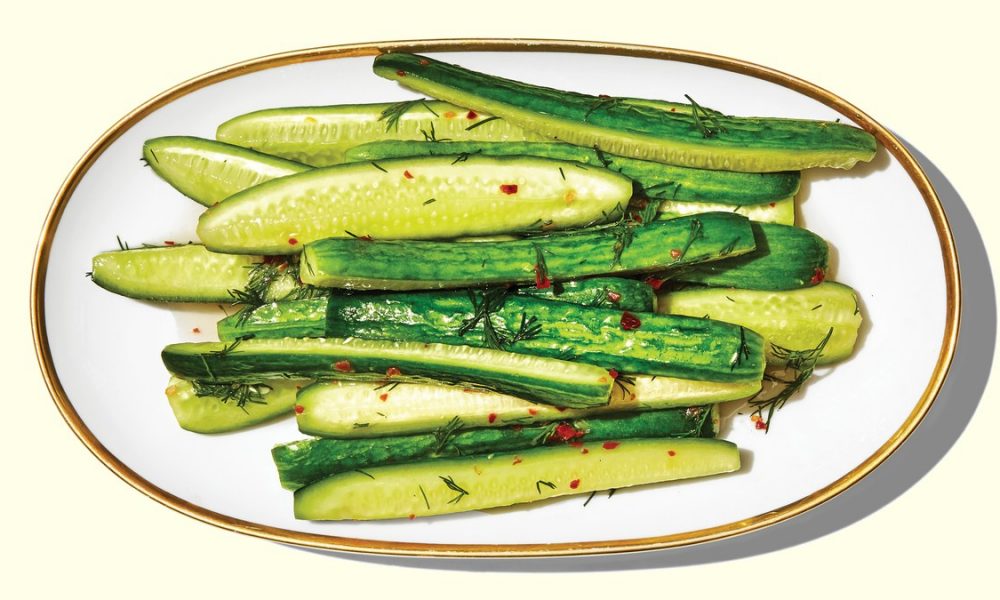 When I was little, I believed with all of my heart that cucumbers and pickles were two separate things entirely. Some kids believed in the Tooth Fairy. Some kids believed in Slenderman. I believed that pickles and cukes were completely biologically distinct. (Kids say the darndest things, am I right?) After all, how could one of my favorite vegetables ever be reduced to the hyper-salted, bloated blobs I watched float in plastic tubs at my brother’s sweltering track meets? Did I eat the occasional pickle chip on a sandwich or a burger? Sure, I guess. But I was never going to seek out one of those rubbery, vinegar-y, seemingly-radioactive monstrosities. I wasn’t a pickle person. Or so I thought.

To my seven-year-old mind, cucumbers were nature’s crisp and refreshing response to literally anything bad in the universe. Looking for something that will make you feel more hydrated than the woman constantly getting splashed in a Neutrogena commercial? Overwhelmed by the state of the world? Snack on some cucumber slices and think calming thoughts. The same could not be said for pickles.

Fast forward to last December, when Andy Baraghani’s recipe for spicy lightly pickled cucumbers came into my life. These juicy spears of cukes merged my love for the fresh snap of raw cucumbers with the bright pungence of pickling (without the rubbery texture I’d encountered at those concession stands), and I’m a better person for it. The keys to this recipe are its nuance and simplicity. You could probably find almost all of these ingredients chilling in your fridge on any given night. But if you don’t already have them, you’ll be sure to stock up after giving this recipe a go.

Just cut your cucumbers—ideally the cute little Persian guys—into spears and toss them into a large bowl with vinegar, sugar, red pepper flakes, and salt. Then leave them alone for anywhere between one and six hours. Right before serving, toss them with a bit of chopped dill and lemon juice and you’re good to go. That’s it. That’s all it takes to create these quick-pickled cucumbers, an appetizer that’s going to elicit compliments all night long. They’ve been my go-to bring-along snack for any kind of gathering I’m attending, whether it’s movie night, a housewarmings, or even the potluck I hosted for my birthday.

The sugar, salt, and red pepper flakes combine to form a holy trinity of sweet, salty, and spicy, all three in perfect balance. Red pepper flakes add a light warming touch while a subtle sweetness and salinity keep you reaching for another spear almost as soon as you’ve finished the one you’re chomping on. In my book, that counts as a win.