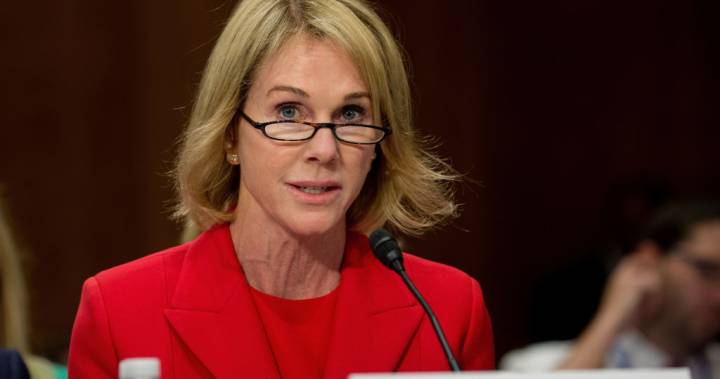 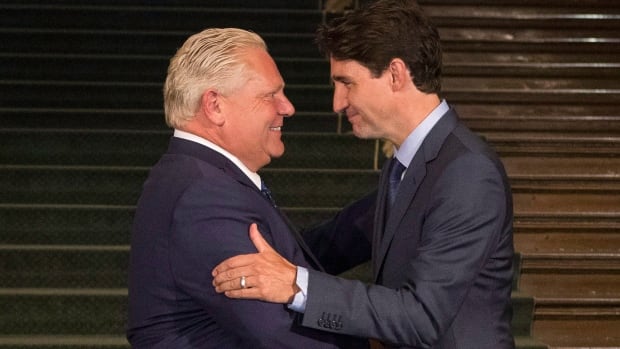 « I was deeply disappointed by the decision of the Ontario government to cut services and protections for the francophone minorities in Ontario, » he said at a press conference at the tail end of his trip to Papua New Guinea.

He said his reaction should come as no surprise, since protecting language is « extremely important » to him and his government.

During Thursday’s fiscal update, Ontario Premier Doug Ford announced his government would cancel a project to build a French-language university in Toronto and would be eliminating the position of a French language services commissioner.

Trudeau said Mélanie Joly, the minister of official languages and La Francophonie, has asked for a meeting with the Ford government to discuss the implications of the decision and look at next steps.

Problems for the federal Conservatives

The blowback from Franco-Ontarians after the announcement was intense, with one newspaper calling it a « black day for francos, » and advocates sharing concerns over the long-term effects.

Carol Jolin, president of the Francophone Assembly of Ontario, said the decisions were a disappointing surprise for himself and others in the province.

« I want French in Ontario to be protected as much as possible, » said François Legault.

Legault says it’s a topic he’ll broach when he and Ford meet on Monday.

There are more than 600,000 people in Ontario who identify as French speaking, according to the province.

These cuts could prove a challenge for Andrew Scheer and his federal Conservatives — who have been working to bolster their support among French speakers (particularly in Quebec) ahead of the next election.

A spokesperson in Scheer’s office confirmed an iPolitics report that he had spoken with the premier and Caroline Mulroney, the provincial minister of Francophone Affairs, on the sidelines of the Progressive Conservative policy convention this weekend to convey his concerns about the cuts.

Scheer did not ask Ford to reverse the decision, but his office said he was reassured that services would remain for Franco-Ontarians.

When pressed further on his conversation with Ford at a news conference Sunday afternoon, Scheer would only say he « conveyed the concerns » he’d been hearing.

The party leader took aim at the Liberal government for « politicizing » the issue instead of focusing on a solution.

Scheer, who says he benefited from French immersion programs growing up, said his stance on French services is no mystery.

« My record on official languages is very clear, » he stated. « I’m very proud to be bilingual. »