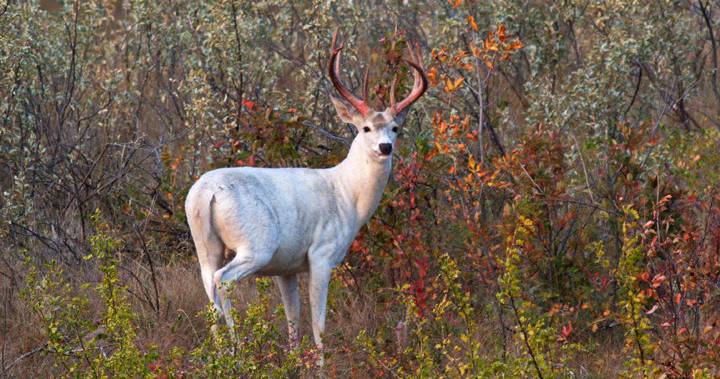 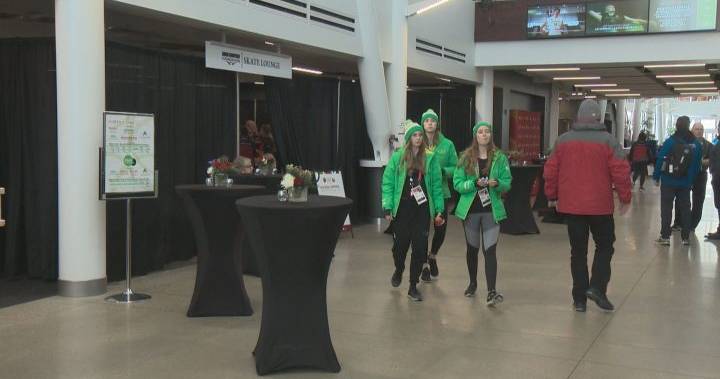 The mood around Red Deer is electric as the community gets set for day one of competition at the 2019 Canada Winter Games, according to the event’s lead official.

“We had just an unbelievable opening ceremonies last night to a full house and an excited group of athletes from across the country,” Scott Robinson, the CEO of the Games, said in an interview Saturday on Global News Morning.

“We’re ready to get going.”

The Games kicked off Saturday morning with a slate of table tennis matches at Westerner Park. The last competition is scheduled to be held on March 2, with the closing ceremonies taking place the next day.

More than 3,600 athletes, coaches and managers will take part in the 17-day event, according to organizers. The young athletes will face off in 19 different sports.

Robinson said that the event helps develop youth athletes in Canada because the competition is set up similar to the Olympic Games.

“They stay in an athlete’s village, they’re all competing in their various sports, but they’re also part of a bigger team with the other sports in their province,” Robinson said.

“They really get a taste of what the next level looks like.”

However, athletics aren’t the only part of the event, according to Robinson. He pointed out that there is a major arts and cultural festival going on throughout the Games in downtown Red Deer.

“We’ve actually built a beautiful celebration plaza that was part of our capital projects to create a celebration space in downtown Red Deer,” Robinson said.

“We’ve got some major entertainment acts coming here over the next two weeks to entertain the people from Red Deer and of course from across Canada that are here to celebrate these Games.”

The downtown plaza is one of a number of projects and renovations that was made in preparation for the Games. The event also spurred the construction of the $88-million Gary W. Harris Canada Games Centre.

The last Canada Games were held in Winnipeg, Man., while the 2021 edition of the event will be held in Ontario’s Niagara region. 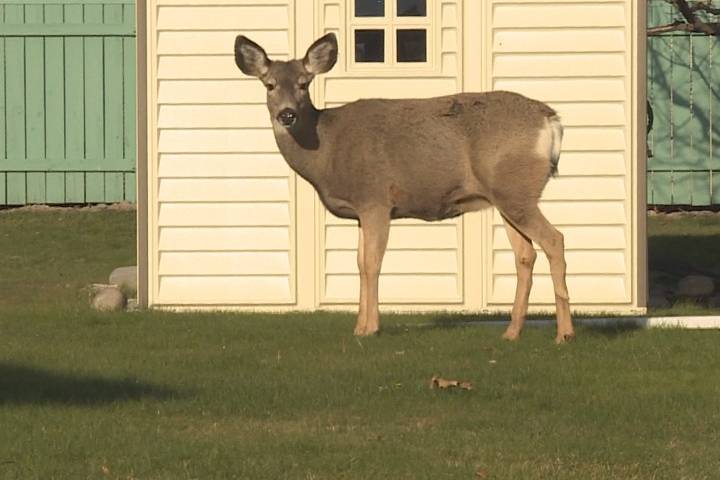 Residents of a manufactured home park in Penticton, B.C., are calling on the City of Penticton to approve a deer cull in their neighbourhood.

Park residents Nick Iannone and Robert Cartwright are spearheading the campaign and will make their case before a committee-of-the-whole meeting on Tuesday.

The park is located on the edge of the city and is home to seniors over 55 years of age.

Cartwright said the hungry ungulates chomp on his peach tree, rendering it useless.

“With the deer that are here, they are resident deer, they are urban deer and they’re not going to leave on their own. And deer-proofing, we’ve tried it all,” he said.

Residents say they’ve tried to solve the issue with deer repellents and landscaping alternatives, but to no avail.

WATCH MORE: In 2017, A group of Kelowna residents were gathering signatures on a petition to have the City cull deer that they say are damaging their neighbourhoods.

The pair argue the buck stops at city hall. They are calling for drastic action to eliminate the problem.

“We’re hoping we can get a permit, but it has to go through the city, and some type of cull,” Iannone said.

The City of Penticton has not been supportive of calls for deer culls over the past decade, but Iannone is optimistic the new mayor and council will champion the cause.

“They already know what’s going on and I think as a new council it would be a great opportunity to get something started,” he said.

The residents want the municipality to apply for provincial funding to implement the cull.

The factsheet said population reduction strategies include lethal removal by culls, but deer carcasses must be harvested and the meat donated to charitable groups.

Wildlife experts advise that capturing deer in a collapsible clover trap and euthanizing them with a bolt gun is the safest, most efficient and most humane method of deer control in urban areas.

Cartwight said whether it is translocation or euthanization, “they have to be removed from the park.”

The Ministry of Forests, Lands, and Natural Resources said it is aware of the resident deer concerns and “will continue to be in contact with local government and residents.”