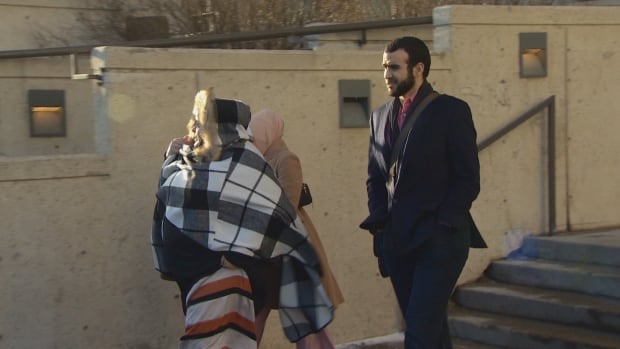 There’s no evidence of hardship or that the conditions are needlessly onerous, Court of Queen’s Bench Justice June Ross said Friday.

She said nothing has really changed since the last time Khadr asked for changes to his bail conditions and the restrictions he faces are « reasonable » and « standard. »

Ross said her decision is not etched in stone and conditions could change in the future.

« Based on all of the evidence I have seen, Mr. Khadr is not a flight risk or a risk to public safety, » Ross said. « Nonetheless, it seems to me it’s reasonable to make sure the courts are kept up to date on his whereabouts and activities.

« The public would expect we have up-to-date information about his whereabouts, » Ross added. « They would expect reasonable travel restrictions. »

Khadr, 32, has been on bail since May 2015 pending an appeal of his conviction by a U.S. military commission on alleged war crimes. The appeal has stalled, so Khadr has no idea how long he will be on bail.

« We’re going to review the decision and consider our next steps, » his lawyer, Nathan Whitling, said outside court.

Whitling said it’s not fair that Khadr’s life remains restricted by a stalled U.S. court process with no end in sight.

Wanted to make pilgrimage to Mecca

Khadr wanted to be able to travel to Toronto without the approval of his bail supervisor to visit his family more easily and to make court appearances related to a civil lawsuit filed by the family of an American soldier killed in the Afghanistan firefight in which Khadr was captured in 2002.

He also wanted unsupervised conversations with his sister and a Canadian passport so that he could make the hajj to Mecca in Saudi Arabia. The Islamic religious pilgrimage is considered obligatory for practising Muslims.

Currently, he must contact his bail supervisor if he wants to leave Alberta. He can only talk under supervision to his sister Zaynab, who has spoken in favour of al-Qaeda and was investigated in Canada more than a decade ago for helping the terrorist network.

Khadr said his sister now lives in the country of Georgia.

Whitling said his client has lived quietly for years, is happily married, follows bail conditions to the letter and poses no threat. Khadr’s affidavit says he has been to Toronto eight times without issue since the conditions were imposed.

In support of the application to ease bail conditions, Whitling submitted a letter from Brooklyn, N.Y., psychologist Katherine Porterfield. She has been in regular contact with Khadr since his detention as a teenager at Guantanamo Bay.

Porterfield believes Khadr’s mental health is suffering due to the ongoing nature of his bail conditions.

« He has recently experienced some depressive symptoms, as well as an increase in his symptoms of PTSD, » Porterfield wrote. « Specifically, [he] is manifesting a foreshortened sense of future and a return of symptoms of hyperarousal and re-experiencing of memories of prison. »

The psychologist’s opinion is that Khadr’s « legal limbo » is triggering memories of the time he spent as a teenager in Guantanamo Bay.

Ross called Khadr’s feelings « understandable, » but said they don’t change the fact that he has not served his sentence for crimes to which he pleaded guilty.

This is Khadr’s latest of several attempts for relaxed bail conditions. In 2017, a judge denied most of his requests.

Khadr was sent to the notorious U.S. military holding facility at Guantanamo Bay in 2002 after he was captured and accused of throwing a grenade that killed a U.S. soldier in 2002.

When Khadr was captured, he was 15. He says he can’t remember killing a soldier. He says he only confessed to the crime to get out of Guantanamo and into the Canadian justice system.

In 2010, the Supreme Court ruled that his rights were violated while he was in captivity in the U.S. and that the Canadian government had contributed to that. Khadr settled a lawsuit against Ottawa in 2017 with a $10.5-million payout.

Khadr’s lawyer hopes to replace his client’s indefinite bail situation with parole, since parole could include a definite end date. The parole board has refused to grant Khadr a hearing because he is not in custody.

Whitling asked Ross to sign an order that would revoke his bail at the start of a parole board hearing, and reinstate it if the parole board deferred or denied the request for parole.

« Such decisions should not be made based on future hypothetical circumstances that may or may not occur, » Ross said, adding that if a parole hearing is scheduled, Whitling can bring forward the application again. 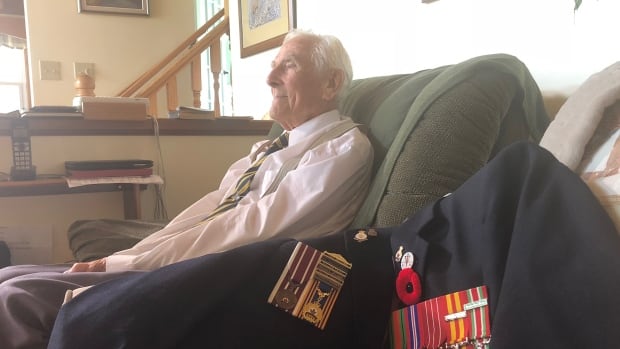 After decades of helping veterans receive proper care, Gordon Smith has finally won his own battle.

Smith was told Monday there’s a bed for him at Camp Hill Veterans Memorial Hospital in Halifax.

« When he called me, he was very excited, » said his granddaughter Sabrina Smith. « I could tell by his voice when he called that he had good news. »

Gordon Smith initially applied for a bed in May, but was denied because he wasn’t a Canadian when he served in the Second World War. The 91-year-old was with the British navy at the time, but immigrated to Canada after the war and served in the Royal Canadian Air Force as a firefighter for 18 years.

Upon retiring from Canada’s air force, Smith volunteered for another 20 years with the Royal Canadian Legion, visiting veterans in long-term care to ensure they were getting the care they needed.

When he was initially rejected from Camp Hill, his family thought it was an isolated case. Sabrina Smith said they never imagined his story would spark national public outcry.

« I think for me, and for my family, and especially for my granddad, it was really heartening to know that Canadians still value what had been done so many years ago, what they had gone through, and what they fought for, » she said. 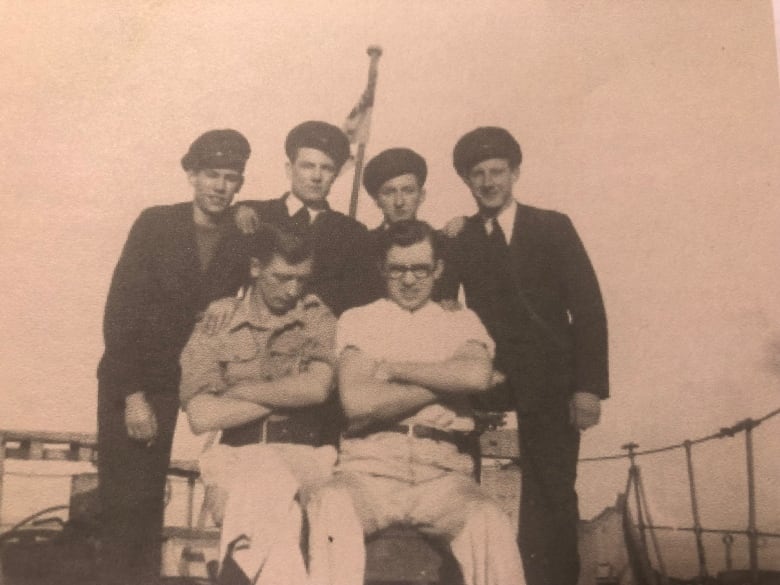 Gordon Smith, second from left in the back row, after a mine-sweeping operation in the North Sea in 1945, when he was with the British navy. (Submitted)

Veterans Affairs reversed the decision in mid-November, opening up more than two dozen beds to allied and modern-day veterans. At the time, there were 30 people on a waiting list, so Smith wasn’t guaranteed a space in the hospital.

« Hopefully we’ll hear more stories of people who have moved off the list in the future, » said Sabrina Smith.

Gordon Smith and his family will visit the hospital on Friday and make arrangements for his move. Sabrina Smith said the family is grateful for all the public support.

« It was really heartening to see the population could move the government so quickly, » she said.

Once her grandfather is settled, she fully expects him to continue advocating for veterans. 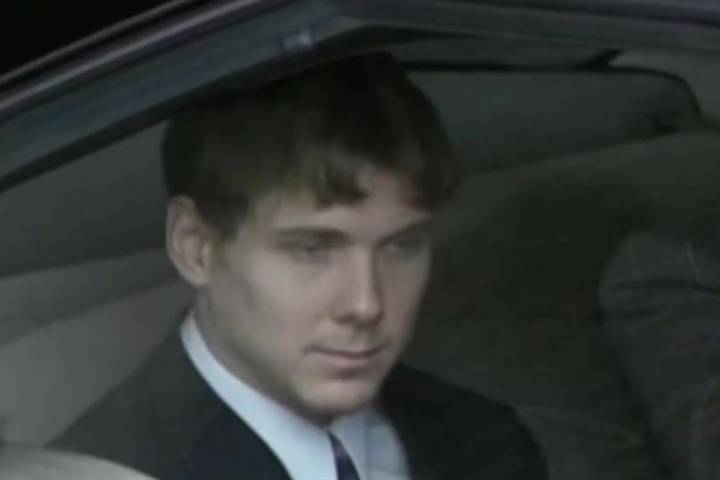 Convicted rapist and murderer Paul Bernardo has been behind bars for 25 years, and on October 17th, a two-person board denied the now 54-year-old parole.


READ MORE:
Board says Bernardo denied parole due to ‘lack of insight’ into his own crimes

The parole board said during the hearing that Bernardo showed a “lack of insight” into his crimes, focusing mainly on his anxiety disorder and his lack of self-esteem in an attempt to explain his behaviour. The report went on to say that in the board’s opinion, Bernardo used self-diagnosis throughout the hearing as a ‘mantra’ to dissociate himself from his actions.

The board heard statements from the mothers of two murder victims and one of his rape victims. Bernardo admitted during the hearing that he is a very flawed person who had done dreadful things, but claimed he would never re-offend if released.

“I’m so nice to everybody,” Bernardo said.

During the parole hearing Bernardo went on to say that there is no reason to fear him.

Over the past 25 years,  the board said Bernardo has behaved appropriately, but said he goes to great lengths to prove his point. “The board questions your ability to be challenged, which in turn impedes the process of change,” it said.

The board added that in May, 2018, Bernardo underwent an physiological assessment and at times spoke in the third person. The board determined that he presents an undue risk to society were he to be released.

Bernardo is eligible for parole again in two years.