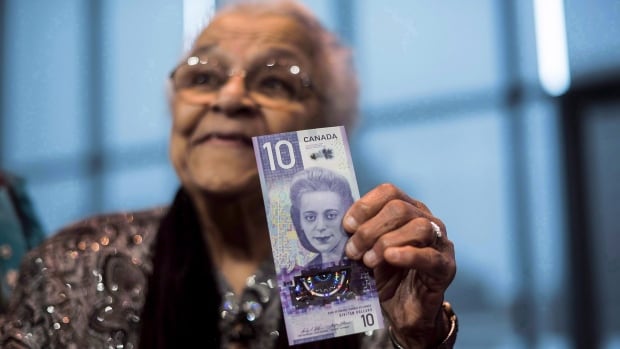 Hundreds of thousands of cash-handling machines across the country have had to be upgraded to handle Canada’s distinctive new $10 bill, featuring a vertical portrait of Nova Scotia civil rights advocate Viola Desmond, while some others still awaiting changes are rejecting the distinctive banknotes.

Ensuring vending and other machines can read the new polymer note requires a software upgrade for each device.

Spencer Baxter, owner of Value Vending Services in Nova Scotia, said his 125 devices simply won’t accept the new bills. Upgrading them all, which he has not yet had a chance to do, costs about $10 each, excluding driving and labour time to get to the machines at various locations.

« It’s time and money, » Baxter said from Halifax. « Each time they change them, we need to upgrade. »

« With about half a million cash-handling machines of various types in use across Canada, it stands to reason that they won’t all accept this note from the day it begins to circulate, » said Rebecca Spence, a spokeswoman for the Bank of Canada. « In that case, the bank’s advice is: If a $10 note featuring Viola Desmond is not accepted by a cash-handling machine, try using the previous regular circulating note instead. »

Metrolinx, the Toronto area’s regional transit agency, said it knew the new bills would be an issue for its Presto and other machines used for purchasing rides on buses, subways and commuter trains.

Most devices have already been reprogrammed, said Anne Marie Aikins, senior media manager with the transit agency. The upgrades, she said, are simply the cost of doing business in an increasingly automated society.

« The beautiful $10 bill is vertical in its image, which has thrown off vending machines, » she said. « We have to make sure they’re all updated. It’s not a huge deal. It’s just a matter of getting to them. »

A sample of the new $10 Canadian bill, featuring civil rights icon Viola Desmond, is seen in this undated handout image from the Bank of Canada. Hundreds of thousands of cash-handling machines across the country have had to be upgraded to handle Canada’s distinctive new $10 bill, featuring a vertical portrait of Nova Scotia women’s rights activist Viola Desmond, while some others still awaiting changes are rejecting the distinctive banknotes. (Bank of Canada/Canadian Press)

The new bill, with its suite of security features, appears to have provoked less of an outcry than the introduction in 2011 of the polymer notes that replaced the old cotton-paper banknotes, or the lighter loonies and toonies produced by the mint in 2012. In those cases, some vending-machine operators complained they were ill prepared for the change and were forced to mollify unhappy customers and spend time and money fixing machines that refused to recognize the new currency.

The Bank of Canada said it had been working with financial institutions and equipment manufacturers to minimize the impact of the new $10 bill on the cash-handling industry. The note, the bank said, keeps the machine-readable features of Canada’s other polymer notes and is printed on the same material.

In addition, with the gradual roll-out, relatively few of the bills have so far made their way into public wallets and purses and then into machines. That has helped create breathing room for owners and operators to reprogram their devices.

« People, like me, I got my first one and I’m keeping it, » said Aikins. « By the time [the bill] gets broadly into circulation, the fix will be in. »

Chris Stegehuis, president of the Canadian Automatic Merchandising Association, said the introduction of the Viola Desmond bill appears to have gone more smoothly than some earlier changes.

« There was new software required for our bill validators, as is expected with any coinage or bill change, » Stegehuis said. « No problem with it at all. » 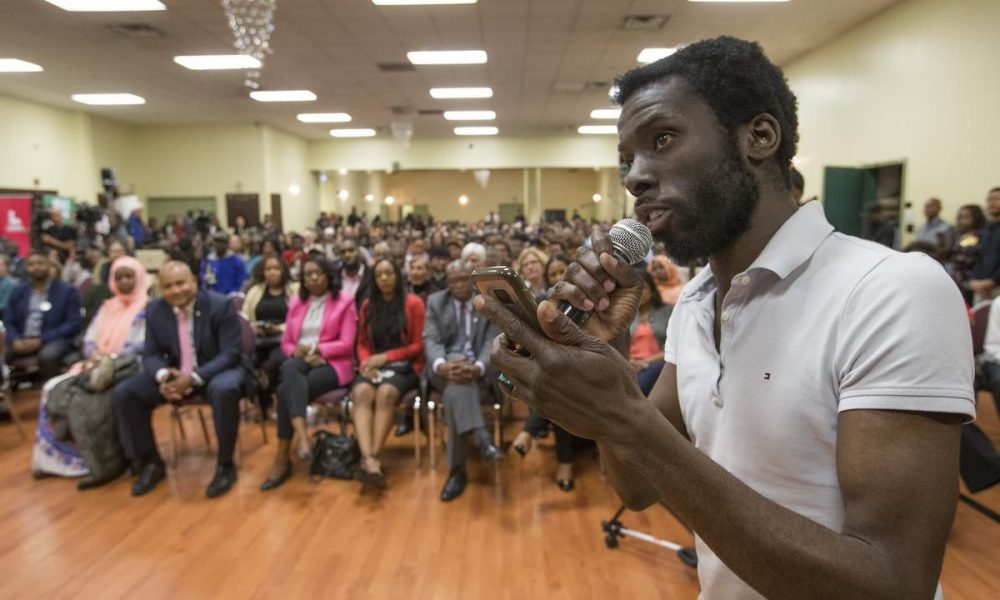 VANCOUVER—An activist and journalist from Toronto who has worked for years to bring attention to racial profiling by police says he was carded while visiting Vancouver.

Desmond Cole recorded and posted to Twitter a video of himself describing the midday incident on Tuesday. He said he had barely been in the city for 24 hours and was walking on a sidewalk on his way to Stanley Park while smoking a cigarette when a police cruiser passed him and then turned around.

“This officer then proceeded to tell me that I was breaking a city bylaw by smoking in a public park,” Cole said.

“This officer told me I was breaking a bylaw; I said I’m not in a park and I’m not from around here — and the first question was: What’s your name?”

Cole then said that for the next “15 minutes” the police officer tried to get him to divulge his personal information and he refused. The confrontation ended, Cole said, with the officer threatening to “put his handcuffs on me and take me down to the station.”

“Remember, this is for what he claims is a bylaw infraction,” Cole said, adding that he plans to make an official complaint to the Vancouver Police Department about the incident.

The VPD denies a street check was conducted.

“We were made aware of this video this afternoon, and my colleagues have looked into it,” Const. Jason Doucette wrote in an email.

“The claim made in the video is not accurate. A street check was not conducted and no information was recorded. The officer did approach Mr. Cole about a bylaw infraction. In this case, our officer used his discretion and chose not to serve a bylaw offence ticket.”

Cole did not immediately respond to StarMetro’s request for comment.

In the video, Cole said that he finds it ironic the incident happened just before he was set to meet with staff at the B.C. Civil Liberties Association about the issue of carding (when police stop people in the street and ask to see identification or other personal questions).

In response to calls for change from the BCCLA and First Nations groups, the VPD has said it is open to a possible third-party review into street checks.

On Friday, Cole will speak at a fundraising gala for the Canadian Centre for Policy Alternatives in Vancouver. The subject of his speech is “how, as Black Canadians continue to expose the realities of anti-black racism in this country, they are often met with impatient questions — Wasn’t that so long ago? Aren’t we headed in the right direction now?”