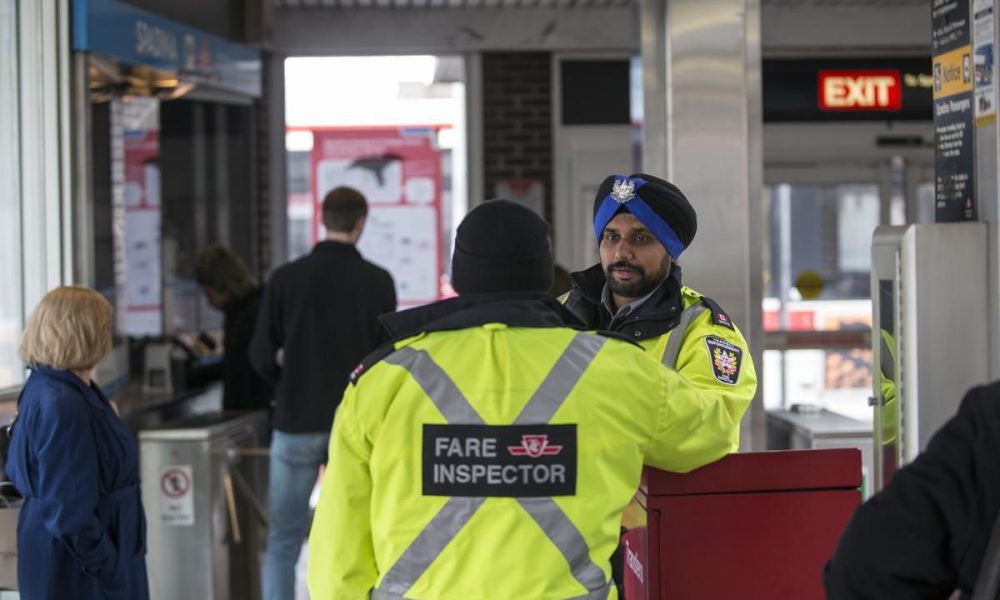 The TTC is planning to hire additional fare inspectors and deploy them more widely across the transit network, a move the agency says is necessary to crack down on riders who skip out on paying but which critics warn could lead to increased discrimination against users who are low-income or people of colour.

In a proposed 2019 budget that will be discussed at a TTC board meeting Thursday, the transit agency outlined plans to hire 45 additional fare inspectors and 22 more transit enforcement officers.

The new hires would bring the total number of TTC fare inspectors to 113, and the number of enforcement officers to 73.

Inspectors are tasked with ensuring riders pay the proper fare, while enforcement officers, who are designated special constables and have limited police powers, patrol the system for security purposes, sometimes assisting in fare disputes.

The extra bodies would not only increase the TTC’s complement of officers, but allow the agency to start deploying fare inspectors on subways and buses. To date, inspectors have mostly patrolled streetcars, in part because since 2015 riders have been allowed to bypass vehicle operators and board at rear doors.

The estimated cost of the additional inspectors and enforcement officers, plus three new administrative and supervisory staff, is $4.5 million, according to the TTC.

Green said that cost is expected to be offset by additional fare revenue that increased enforcement activity would generate, adding ticket fines don’t directly benefit the transit agency because the money goes to the city, not the TTC.

However, not everyone is pleased with the TTC’s plan. Susan Bender of the Fair Fare Coalition advocacy group said she’s worried stepped up enforcement will mean “increased targeting and harassment of people from racialized communities and living on low income.”

In November, a young Black customer named Reece Maxwell-Crawford launched a lawsuit against the TTC alleging racial profiling and discrimination in relation to a Feb. 18, 2018 incident in which three transit officers violently pinned him to the ground outside a streetcar.

A TTC investigation into the incident found there was no evidence to support allegations of discrimination. The city ombudsman is reviewing the TTC’s investigation.

Bender also cited a separate incident in which three TTC officers were convicted in 2017 for participating in a scheme in which they falsified tickets to homeless people in order to skip out on work.

Bender argued the 10-cent fare increase the TTC is also proposing in the 2019 budget would already make it harder for low-income residents to use transit, and the $235 fine for fare evasion can be a huge financial burden. She said the transit agency should work to secure funding to improve service and lower fares instead of investing in more enforcement.

“I don’t think it should be a priority when we’re so critically underfunding our public transit system which so many people rely on. Fare enforcement and fare inspection which exacerbates the stress and lack of money that people have is not the way to go,” she said.

Butterfly Gopaul, a resident member of Jane Finch Action Against Poverty, said racialized community members already report feeling discriminated against by TTC officers. She said the agency investigation that found no evidence of discrimination in the Maxwell-Crawford case has further eroded trust.

“I think there’s a lot of fear, mistrust,” she said. “We see disproportionately racialized bodies, poorer communities being targeted across the city of Toronto.”

In response to those concerns, Green said fare inspectors are “professionals” who are “trained to inspect fare payment with all customers equally.”

According to the TTC, members of the transit enforcement unit must undergo training in mental health, diversity and inclusion.

Exactly how much revenue the TTC loses to fare evasion isn’t known. The agency has consistently cited figures that state it has a fare evasion rate of about 2 per cent, resulting in $20 million in forgone proceeds every year.

But that number was based on a 2011 internal audit that preceded major changes to fare operations such as all-door boarding on streetcars, allowing children 12 and younger to ride free, and the widespread adoption of the Presto card.

An internal TTC document dated February 2018 and obtained by the Star said those policy changes had “resulted in poor revenue control” on the system.

A study conducted in 2015 and 2016 determined the agency could be losing as much as $49 million a year to fare evasion. The TTC paid nearly $100,000 for the study but never made it public, and has since said its methodology was unsound. A copy was obtained by the Star.

Green said the agency is working to update its fare evasion estimates and will report to the TTC board in February.

“Evasion deprives the system of operating revenue that could be put toward service, which is why fare inspection is important regardless of the rate,” he said. 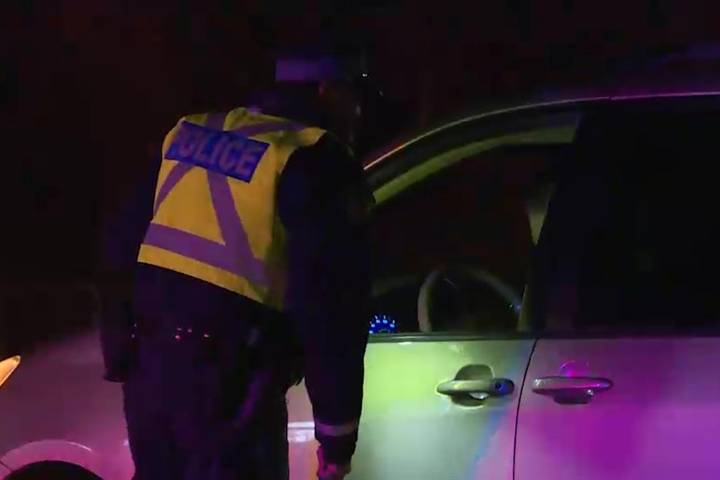 The holiday season is in full swing, and with this time of year, many motorists risk driving while impaired.


READ MORE:
Why are Canadians still drinking and driving?

The checks began on November 23rd and wrap up after Christmas on January 2nd. Since the OPP started the checks, they have charged a total of 340 people with impaired driving.

The Frontenac detachment alone has charged six people with impaired driving over the same period and five others have received a suspended licence for having alcohol in their system.

“This new legislation gives police more power to stop someone and ask for a breath demand without having reasonable suspicion,” said Roop Sandhu, a provincial constable with the Frontenac OPP detachment.

Another legislative tool given to the Ontario Provincial Police and other forces, effective January 1st, will be changes to the penalties for distracted driving.

In the new year, officers will be issuing court summons to those caught driving distracted and, rather than a set fine, they could face a judge who will determine what the fine will be — which could range anywhere between $500 and $2,000, according to Sandhu.


READ MORE:
1 in 4 Canadians admit to driving while legally drunk, half think limit is too low

Global News spoke with many Kingston drivers about the increased penalty for distracted driving. Each respondent said that if you’re putting drivers around you in danger, the fines should be hefty.

It remains to be seen whether the number of distracted or impaired drivers will go down, but being seen is what the OPP’s Festive Ride Check is all about: letting drivers know that the new rules and penalties are on the road in order to keep those who do not get the message off of it.