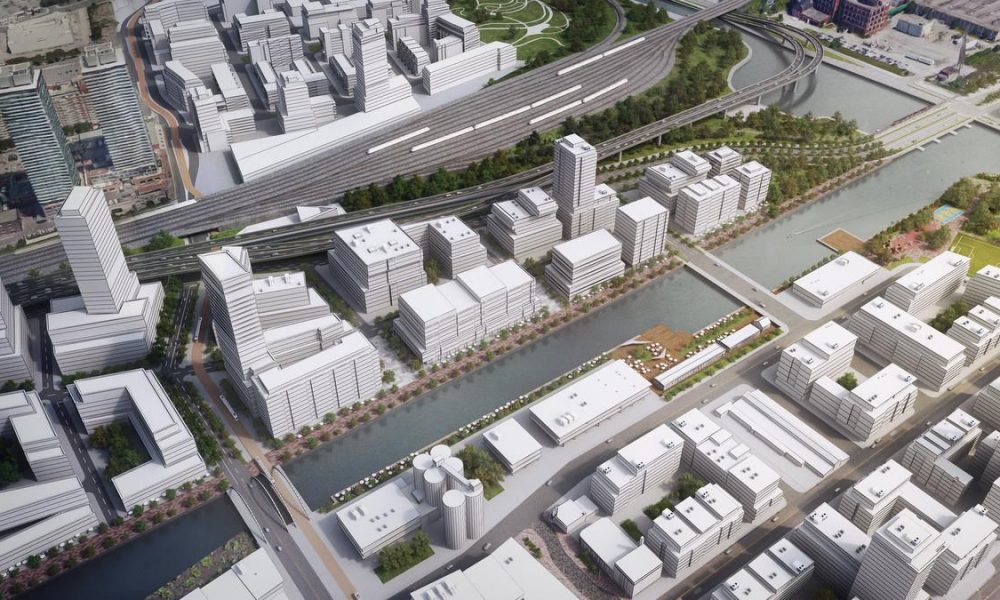 The first major policy promise that puts the two top mayoral candidates distinctly on either side of an issue is a road the city has travelled before.

It’s also a debate John Tory and Jennifer Keesmaat have had before.

Keesmaat, as she did as chief planner, says the eastern section of the Gardiner Expressway should be torn down and replaced with a ground-level, six-lane boulevard. Tory insists, as council approved in 2016, it should be rebuilt.

The Star looked at the old debate and claims both old and new about the different options to replace the crumbling infrastructure:

How did we get here?

The city-straddling highway’s final eastern stretch, from the Don Valley Parkway to Leslie St., opened in 1966. By the 1990s, repair bills were mounting, especially for elevated portions. That final section (planned to connect to a never-built Scarborough expressway) was demolished in 2001 without the traffic chaos some predicted. Talk about whether to pull down or even bury sections flared into full debate in 2013 when the Star revealed the crumbling 2.4-km stretch east of Jarvis St. was a “significant hazard to public safety” needing hundreds of millions of dollars in repairs.

In 2015 in a very close vote, council opted to rebuild the eastern section as what has been dubbed a “hybrid” that maintains an elevated connection to the Don Valley Parkway. In 2016, council voted for a design option that would push the curve further north in order to unlock some developable, city-owned land.

Opinion | Christopher Hume: Why Toronto should seek greatness, like Paris does

Will the boulevard option snarl traffic?

Opinion is divided. City staff say building a wide multi-lane boulevard would increase commute times into downtown in rush hour by between two and three minutes more than the elevated hybrid in 2031, depending on the route. In 2015 staff proposed an “optimized” remove option they said could reduce that extra travel time to just 52 seconds. The city’s study assumed a full-build out of developable areas and also future transit improvements including a relief line subway.

A University of Toronto study commissioned by a pro-hybrid group estimated much longer delays for motorists but was based on two possible “remove” options that were not consistent with the boulevard design in front of council.

Paul Bedford, a prominent former Toronto chief planner, noted the eastern Gardiner carries only 3 per cent of drivers accessing downtown. It is “totally feasible” for a “grand boulevard” to handle the roughly 5,000 vehicles per hour now travelling the eastern elevated stretch during rush hour, he says. Bedford also noted the removal of elevated expressways in cities including New York have not sparked traffic chaos.

Eric Miller, director of the U of T Transportation Research Institute whose colleague led the study for the pro-hybrid group, disagrees. “Retaining the Gardiner East is absolutely essential to the city’s transportation network. The grand boulevard would be a disaster. It would be choked with traffic and definitely not be an attractive urban design ‘feature,’” said Miller who supports the hybrid option. Studies ignored the potential impact of removal on commercial traffic, he added. “Downtown cannot function without excellent truck/van access to provide the massive amount of goods and services it needs.”

I thought removing the Gardiner would cause a 10-minute delay?

The widely quoted figure comes from the U of T study for a “pedestrian-oriented” boulevard that was never before council. A 10-minute delay is presented as the worst-case scenario while driving the Gardiner from Park Lawn Rd. onto the boulevard to its eastern end in peak traffic.

The 10-minute figure was given no prominence in the report but was seized upon by some opponents of removing the Gardiner, including Tory. In a 2015 speech shortly before the council vote he cited the lengthy delay as evidence that east Gardiner removal would “dramatically affect the quality of life for the people in this city.”

“That day she couldn’t take enough credit for the work of herself and her staff,” Tory told reporters about the approval of the revised hybrid plan.

Keesmaat’s tweet came after city staff in her planning division had worked with other staff to improve the Gardiner hybrid option that council had already directed them to build instead of the boulevard option.

“Jennifer has been very consistent in her position that tearing down the Gardiner is in the best interests of the city,” her campaign spokesperson said. “Once debate was done and council voted Jennifer frequently tweeted support for the work of her team. She was obligated to work with the will of the previous council.”

Was the vote decisive?

Council voted in June 2015, after vigorous public debate, to repair and keep aloft a slightly reconfigured east Gardiner by a margin of 24-21. If just two councillors who voted in the majority had switched sides and joined the solidly pro-boulevard downtown councillors, the east Gardiner would have fallen.

The vote was so close, Tory has said, that he supported staff continuing to look at options. In January 2016, the city and Waterfront Toronto staff proposed hybrid configurations and recommended one that sharpens the turn to the DVP, removes the Logan Ave. on- and off-ramps, and adds two ramps in the Keating precinct. A few months later council voted 35-6 in favour of that option with a price tag of more than $1 billion, double the estimate then for the boulevard option.

Which option will be better for the city in the long term?

The city and Waterfront Toronto hired consultants in 2014 to study alternative options for the Gardiner East. The consultants overwhelmingly concluded that removing the eastern section was the preferred option with urban design, environment and economic advantages that offset the additional travel times for a “small proportion” of total commuters.

City staff, based on those findings, recommended the remove option be approved by council. But the public works committee at the time delayed any decision until 2015.

An independent economic analysis prepared for council in 2015 found that the remove option had significantly lower operations and maintenance costs and that it unlocked 12 additional acres of developable land worth $100 million in revenues for the city as well as the added potential for job creation.

Is it too late to reverse course? What will it cost to switch to the boulevard option?

Council could still change its mind, at a cost that is unlikely to outweigh the overall savings achieved with the boulevard option. Keesmaat has claimed those savings are as much as $500 million.

The 100-year life-cycle costs for the remove option were estimated to cost $461 million in 2013 dollars. Compared to the current hybrid plan, estimated at $1.053 billion, there is a cost difference of $592 million. Additional study costs would be expected to reduce those savings by a fraction. Though the cost difference does not account for study costs that have already been made and considered wasted or potential contract penalties, it also does not account for possible additional revenues in increased land values if those lands were unlocked.