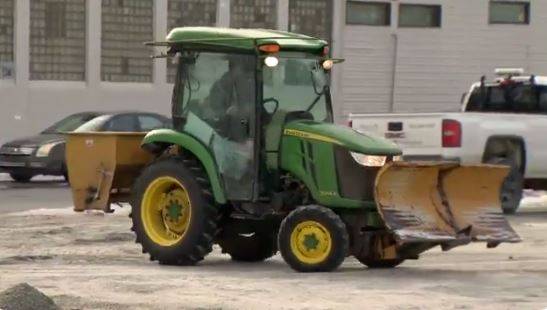 For many decades, the warm smell of fresh bread was a common scent along the Quinpool Road district, stemming from the operations of Ben’s Bakery on Pepperell Street. But following its closure, the lots that the bakery used to operate on have been purchased by Westwood Developments.

Recently, regional council approved proposed amendments to the Halifax Municipal Planning Strategy to allow the old Ben’s Bakery lands to be developed into a residential, commercial and mixed-use development.

However, what isn’t permitted on the site is the operation of a salt and snow removal depot.

“Everywhere in the municipality we have zones, and in those zones are specific uses. On the north side of Pepperell Street, the entire street, there’s no use allowed for snow or salt operations of any kind, and we have not given out any permits for that kind of use,” said senior city spokesperson Brendan Elliott

According to the city, this type of activity isn’t permitted.

« On the north side of Pepperell street, the entire street, there’s no use allowed for snow or salt operations of any kind and we have not given out any permits for that kind of use, » Brendan Elliott, Communications. pic.twitter.com/jwHoZFVKgD

The vacant parking lot on Pepperell Street appears to have turned into a winter operations depot. A steady flow of loaders, trucks, and tractors are removing salt from large containers that have been placed on the land.

“It’s pretty disruptive for about, I’d say, a good half-hour, 45 minutes where you just have to get out of bed and do something else,” Allan Jones said, a resident who lives nearby the parking lot.

Allan Jones lives next door to the old Ben’s Bakery parking lot. He says trucks are operating out of the lot at all hours of the night and day. pic.twitter.com/eJYaCviZ7W

According to Jones, both the morning and evening hours now come with disruptive snow removal activities.

“It’s pretty loud. Especially in the morning when they first get going and then at the end of the day around nine or 10 o’clock when they’re all coming back in and they shovel all the salt back into their containers. It gets pretty loud,” he said.

The city says the only activities that were approved for the land are those that were related to the bakery. Although recent amendments have been approved by council for the development project, winter operation activities haven’t been approved.

“We have opened a file thanks to Global’s investigation into this and we are looking into this to see if indeed if what the residents in that neighbourhood are saying is happening. If it is, then we’re going to ask the owners of that land to cease and desist,” Elliott said.

Westwood Developments was contacted for an interview, but hasn’t yet returned the request.