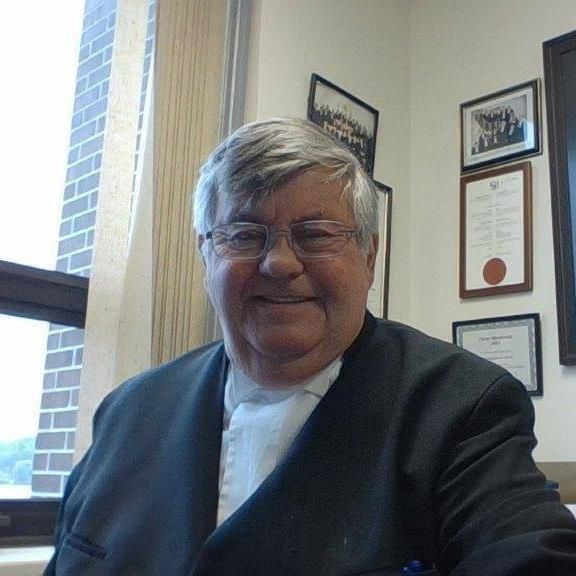 Less than a month before he was set to face a discipline hearing for allegedly making racist remarks about Indigenous people in court, Kenora Justice of the Peace Robert McNally retired.

As a result, the public hearing into his case scheduled for this month was scrapped, as the law does not allow for the disciplining of retired justices of the peace and provincial court judges.

Critics say it’s time for that to change, and to bring the system closer in line with other bodies that maintain jurisdiction for discipline over retired professionals, such as the College of Physicians and Surgeons of Ontario.

“There is a public interest in judicial oversight bodies retaining jurisdiction to investigate complaints and make appropriate findings against judicial officers even when they retire or resign,” said Michael Lacy, president of the Criminal Lawyers’ Association, one of the organizations that had complained about McNally to the Justices of the Peace Review Council.

“Although sanctions might be limited in such a case, there is value in allowing hearings to proceed. It would provide an opportunity for the judicial officer to answer the complaint and potentially clear his or her name in the face of a serious allegation,” Lacy said.

Judges and justices of the peace have also retired while their cases were being investigated by council complaints committees; in those circumstances, their names are kept secret and only a summary of the complaint against them is published in the councils’ annual reports.

Justices of the peace earn about $132,000 a year, and are appointed by the provincial government. Dressed in black robes and green sashes, they conduct bail hearings, sign off on search warrants and preside over trials in provincial offences court, which deals with non-criminal matters. Provincial court judges are also appointed by the Ontario government and earn about $290,000.

As first reported by the Star, McNally was alleged to have made racist remarks in bail court in August 2017 to lawyer Shannon McDunnough, who is Mi’kmaq. After making a joke about late British comedian Benny Hill, McNally wondered aloud if anyone even knew who Hill was. When McDunnough said she did, a court transcript says McNally responded, “Your ancestors probably scalped him or something.”

McNally, who was appointed in 1993, also faced allegations of judicial misconduct for allegedly acting in a manner that was “rude, dismissive, confrontational, condescending, impatient and sarcastic” in other cases, including allegedly making “inappropriate and gratuitous comments” to a female duty counsel.

Now that the hearing in his case has been cancelled, the allegations remain unproven and the complainants against him are left disillusioned.

“I can’t talk about the specifics of my client, but I can certainly point out that he was interested in fully defending himself when all of this arose almost two years ago,” McNally’s lawyer, Howard Rubel, told the Star. “Suffice it to say that he’s in his mid 70s and mandatory retirement is at 75.”

While recognizing that retirement may be appropriate in some cases, there are others — such as McNally’s — that should proceed for the sake of transparency and accountability, said Mary Bird, area director of Nishnawbe-Aski Legal Services, another organization that complained about McNally.

Cancelling public hearings due to retirement “does not increase the public’s confidence in the administration of justice,” Bird said. “People don’t get to walk simply by saying ‘Oh, I’m going to retire,’ but apparently justices of the peace do.”

The law on disciplining judicial officers in Ontario applies only to sitting judges and justices of the peace, said Marilyn King, who is the registrar of both the Justices of the Peace Review Council and the Ontario Judicial Council.

“Unlike some legislation governing other bodies, neither the Courts of Justice Act or the Justices of the Peace Act contain any provisions that authorize proceeding or imposing dispositions when a person is a former judge or former justice of the peace,” King said.

The law sets out a number of potential penalties for a judge or justice of the peace who has been found guilty of judicial misconduct, including a warning, reprimand, an order to take additional training, paid or unpaid suspension, or a recommendation to the attorney general that the person be removed from office.

Granting power to the two councils to discipline retired jurists would require a change in legislation, something the government is not interested in doing. “Once a judicial official has left office, taking further action would not be an effective use of justice system resources,” said Ministry of the Attorney General spokesman Brian Gray.

“I think from the complainants’ perspective and the public’s perspective there may be an ongoing interest, and frankly from the perspective of other judges and justices of the peace so that they know what is appropriate and inappropriate behaviour,” he said.

Since January 2015, three other justices of the peace have retired before facing discipline hearings:

– Robert Whittaker retired in March 2015, just 10 days before a scheduled discipline hearing regarding allegations that he showed a lack of understanding to people with mental illnesses and had preconceived notions of Somalis. The review council recommended reimbursing Whittaker about $4,600 in public funds to cover part of his legal costs.

– Santino Spadafora retired for a second and final time in January 2015 prior to facing a discipline hearing for allegations that he falsified more than 600 expense claims for meals, hotels, highway tolls and mileage for court dates in the Niagara region, totalling more than $16,000. Spadafora was originally supposed to face a hearing in November 2014, but retired, which led to the hearing being cancelled. Days later, he withdrew his offer to retire, which led to the hearing being rescheduled for January 2015, at which point he retired again. Then-attorney general Madeleine Meilleur accepted a review council recommendation to reimburse Spadafora $14,600 in legal costs. 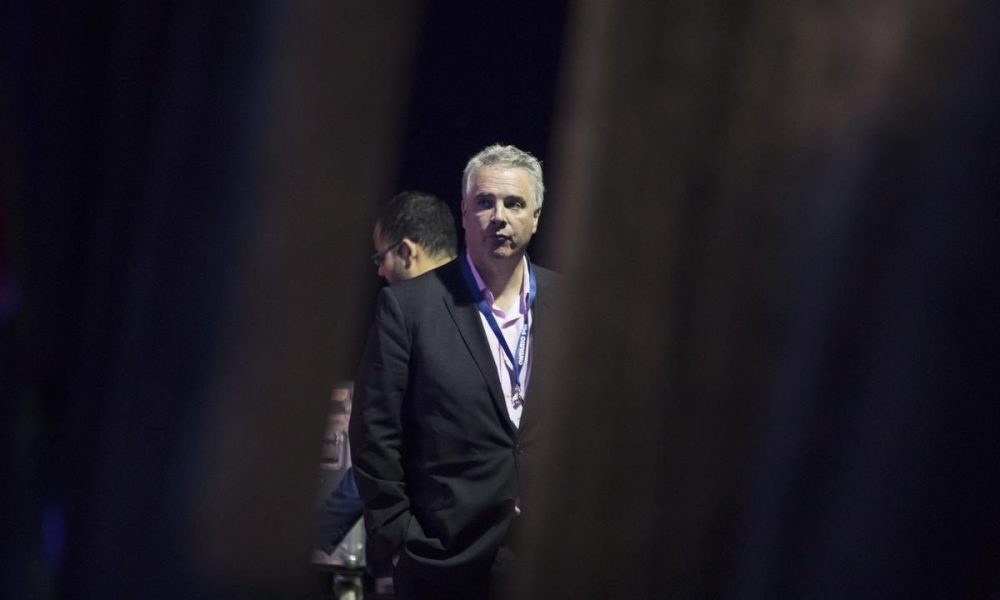 The concerns grew Thursday as opposition parties grilled the Progressive Conservatives over a Star report that Ford’s top aide, Dean French, was accused by PC whistleblowers of instructing them to direct police to raid outlaw cannabis shops to get video of “people in handcuffs” on TV news for partisan advantage.

“The government might not want to answer questions on this matter but the people of Ontario have the right to know,” said NDP Leader Andrea Horwath, who asked for a second day whether Ford has spoken to French about the situation.

Neither the government nor French has denied the order was given to political staff during a conference call on Oct. 17, the day cannabis became legal. Ontario’s integrity commissioner is considering a request for an official investigation from Green Party Leader Mike Schreiner, who questioned whether there had been an “abuse of power.”

Several Conservative sources told the Star said objections were quickly raised about the order, which was not carried out, earning French’s ire. One staffer who questioned the directive was subsequently fired and the government has provided no public explanation.

Fedeli evaded every query on French and the fired staff member by talking about his recent fall economic statement, leaving opposition parties frustrated.

“It is very important for the government to recognize the breach that occurred here. This is serious business,” said Liberal MPP Nathalie Des Rosiers (Ottawa-Vanier), a former dean of law at the University of Ottawa.

“To deflect the question is not appropriate. You have to answer and promise that there is no interference in police investigations,” she added, noting there are police probes into a PC candidate nomination race in Hamilton West-Ancaster-Dundas and into a Highway 407 data breach that led to the resignation of a Brampton PC candidate during last spring’s election campaign.

“We want to make sure there is no (political) interference at this point, either,” Des Rosiers said.

Horwath said she has never seen a minister “blow off” questions in the way Fedeli did.

But Ford has not said whether he’s asked French for an explanation on the police issue and admitted Tuesday he had not asked French about a Globe and Mail report that French ordered Ontario Power Generation to fire vice-president Alykhan Velshi, a former chief of staff to ousted PC leader Patrick Brown.

“It’s not on my radar,” Ford said at the time, expressing “1,000 per cent support” for French. He did not, however, repeat that endorsement on Wednesday when asked about French in the legislature.

Schreiner called on Ford to make public the results of any investigation into French.

“It’s clear to me the government doesn’t understand the serious nature of the premier’s chief of staff interfering in police business for political purposes,” he said.

Integrity Commissioner J. David Wake, who serves as the independent ethics watchdog for MPPs and political staff, said he is reviewing the complaint about French to determine if a conflict-of-interest rule has been broken under the Public Service of Ontario Act.

The request from Schreiner is to determine whether French took any steps that were “an inappropriate and/or and illegal abuse of power.”

Des Rosiers said citizens cannot have faith in police unless they are certain that investigations and arrests are not politically motivated. 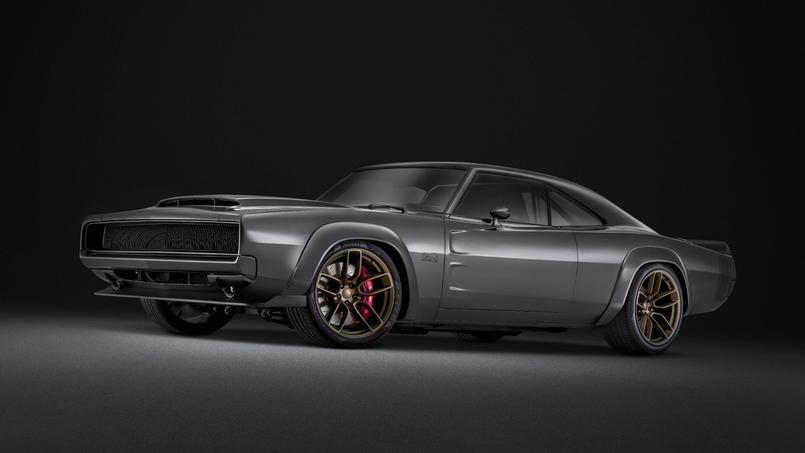