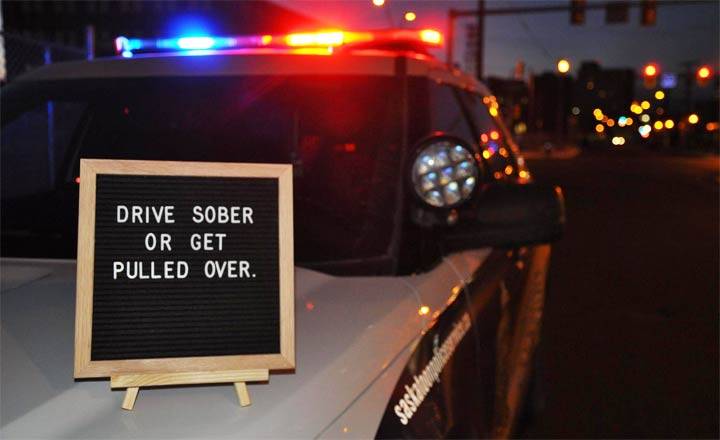 A social media campaign by the Saskatoon Police Service (SPS) mirrors its efforts to reduce impaired driving over the holidays.

The campaign uses photos and the hashtag #DontWreckTheHolidays in an effort to deter drunk and high drivers and ensure everyone celebrates the Christmas season responsibly with a safe ride home.

Saskatchewan has the highest impaired driving rates in the country.

Today, we’d like you to meet Louis. He is another one of @maddcanada’s dedicated volunteers. He lost his son, daughter-in-law and 2 grandchildren in an instant in 2016 when a drunk driver hit the vehicle they were in. He volunteers at checkstops and we asked him why. pic.twitter.com/cSmQmLEgU4

“It’s not OK to get behind the wheel impaired, whether that be under the influence of cannabis, liquor, prescription medications or anything else for that matter,” SPS deputy chief Mitch Yuzdepski said in a press release.

“But the message remains the same; don’t drive impaired and don’t wreck the holidays.”

Officers will also be conducting an unspecified number of holiday checkstops in high-traffic areas to enforce impaired driving laws.

A recent change to Canadian legislation came into effect Dec. 18, which allows police to demand a roadside sample of a driver’s breath without reasonable grounds. SPS said this adds to the laundry list of reasons to not drive impaired.

WATCH BELOW: Mandatory impaired driving laws to hit the roads before holidays