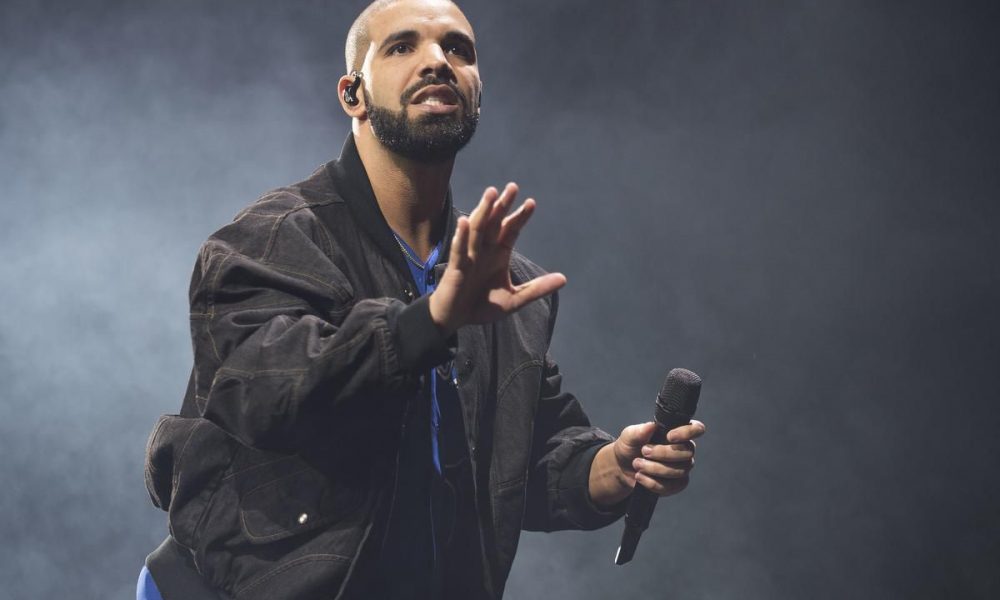 VANCOUVER—British Columbia’s new anti-money-laundering laws, not racial profiling, may have been what prevented Drake from gambling in Vancouver last weekend, according to several sources — including an online post purporting to be from an employee at the casino.

The Toronto rapper, full name Aubrey Drake Graham, just turned 32 on Oct. 24 and has a penchant for visiting casinos around the date, according to previous social-media posts.

On Instagram, Drake wrote: “Parq Casino is the worst run business I have ever witnessed … Profiling me and not allowing me to gamble when I had everything they originally asked me for.”

Drake’s account was disputed by a Reddit user who claimed he is a Parq casino employee, though StarMetro could not independently verify the truth of that claim. The user didn’t respond to an email requesting more information. CTV News, however, said it verified the events described with another unnamed source.

The user, “O-A-N,” alleged that Drake ran afoul of rules requiring he produce proof he withdrew funds of more than $10,000 the same day and declare its source.

“Basically, you need a bank receipt for the same day you buy in,” the Reddit post said. “He was refused service because of (the British Columbia Lottery Corporation’s) policy that requires source of funds from any player trying to buy in for more than $10,000 in cash.

“Parq tried to do everything they could to allow him to gamble … including calling up BCLC. Drake and his entourage were well informed of this policy when they were refused service. If Parq allowed Drake to break this law, they could lose their gambling licence.”

According to an update from the same Reddit user, Drake did end up gambling both that night and the next day.

“He was there for at least six hours that I know of,” the user wrote. “Drake did in fact gamble for a while. Not only did he have his own ($10,000) buy-in, he had a friend at one point wire him money to Parq, which they accepted, and he gambled some more.

“When he lost that, he tried to buy in again with cash and he was refused again. Seems like after losing everything, he left and threw and made that post.”

A spokesperson for Parq Vancouver told StarMetro she “can’t comment on specific customers” for privacy reasons but said that “Parq Vancouver is responsible for following all of the regulations set out by B.C. (Lotteries Corp). We follow these guidelines for every customer.”

The casino said in a Saturday post on its Instagram account it is “constantly improving our communications process to ensure that these new regulations are better understood by all guests … We are operating in one of the most complex, highly regulated industries and are always looking to better our communication and customer service.

“We categorically stand against racism of any kind.”

In a statement on its website, B.C. Lotteries Corporation says it requires reporting of any cash buy-in of $10,000 or more, including the customer’s identification and a bank receipt.

“All cash and bank draft/certified cheque buy-ins for $10,000 or more, in one or more transactions within a 24-hour period, will require a source of funds receipt,” the Crown corporation said. “The original receipt must be from the same day of the transaction and show the financial institution, branch number and account number.

“This information will be required before a customer is allowed to buy in.”

After Attorney General David Eby took office last year, he described being shown video footage of hundreds of thousands of dollars — in elastic-bound $20s — being dumped from duffel bags at casino teller wickets. He responded by ordering a report by former RCMP regional commissioner Peter German.

German’s bombshell report was titled Dirty Money. Compared to other jurisdictions, B.C. had allowed money laundering and organized criminal activity to flourish over a decade in its casinos, the report said, and the previous government had shuttered an anti-money-laundering enforcement unit despite insiders’ warnings about the problem.

As a result, Eby tabled and passed a revamp of B.C.’s casino legislation, including measures to force gaming businesses to flag all transactions over $10,000 to authorities and require them to prove where they got the cash on the same day.

And according to Eby on Monday, the new laws have worked, causing a “remarkable and sharp decline in suspicious transactions,” adding there’s been a “reduction of about 100 times from the peak of suspicious cash transactions.”

For that reason, Eby said, there can be no exceptions regarding disclosure.

B.C.’s rules are by no means unique. Had Drake or any celebrity walked into, say, a Las Vegas casino owned by Parq’s operator, Paragon Gaming, he would have discovered a tight net of laws and regulations also govern cash transactions there.

German visited Las Vegas, the hub of gaming on the continent, and met with enforcement officials and regulators there. His recommendations were largely inspired by Nevada’s model, including encouraging alternatives to cash and requiring identification and detailed record-keeping on large transactions.

“I hypothesized that a box of cash arrived with rubber bands at a cash cage,” German wrote about his meetings with Las Vegas’ deputy chief of the enforcement division and a casino investigator. “What would occur? The officers doubted that this would occur in Las Vegas.”

According to the U.S. Financial Crimes Enforcement Network (the equivalent of Canada’s FinTRAC), “a casino is required to file a (Currency Transaction Report by Casinos) on currency transactions by or on behalf of any customer that, alone or when aggregated, exceed $10,000 in a gaming day.”

The same law applies to poker players buying in with “more than $10,000 in chips with currency, in a single transaction or a series of related transactions in the same gaming day.”

Drizzy has said nothing beyond his call-out on Instagram. But in his song “Diplomatic Immunity,” released on Jan. 19, he sings about a previous incident at a casino in Detroit:

“I refuse to comply with regulations … Motor City Casino, I’m at the cage with my old licence. They tell me, ‘Don’t worry, I got your money.’” 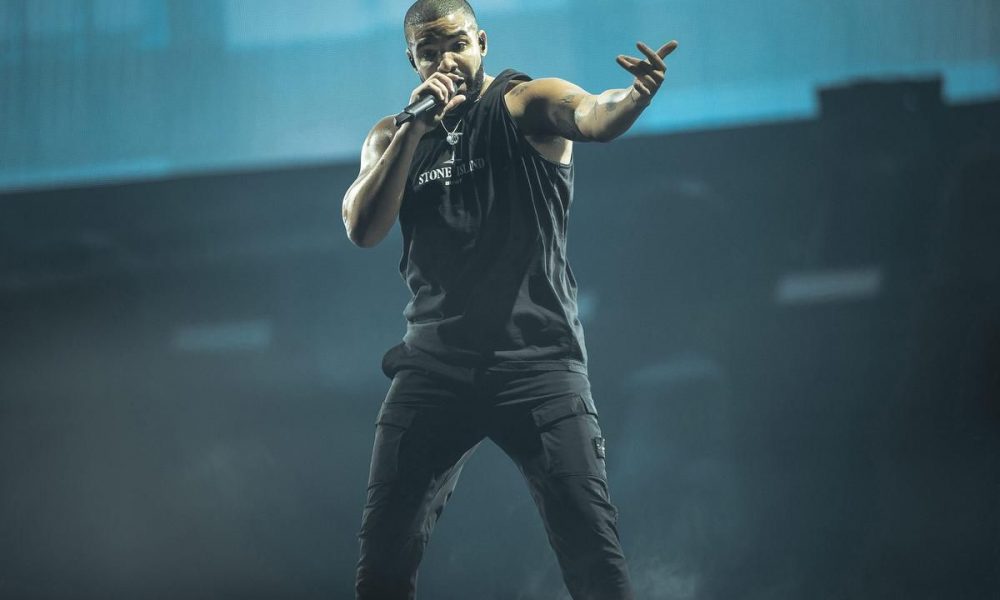 Canadian rapper Drake has accused a casino in Vancouver of racially profiling him.

Early Saturday morning, the chart-topping musician took to Instagram to vent after a night out at the Parq Vancouver. Emoticons of exasperation ensued.

“Parq casino @parqvancouverbc is the worst run business I have ever witnessed … profiling me and not allowing me to gamble when I had everything they originally asked me for,” the post read.

Drake landed in Vancouver on Friday, a stop in his Aubrey and the Three Migos Tour. He was scheduled to perform two concerts over the weekend.

Parq casino is currently investigating the incident, and posted an apology on Instagram Saturday.

“Parq Vancouver is sorry to hear about this experience and takes these matters very seriously. We are required to adhere to strict regulations with respect to gaming in British Columbia,” it said, adding it had made efforts to reach “the customer and his team to discuss the issue.”

The casino operates in one of the most complex, highly regulated industries in Canada. An RCMP report found evidence of money laundering in B.C. casinos linked to organized crime, drug importing, distribution and trafficking.

Now, players who want to buy in for $10,000 or more in one or more transactions within a 24-hour period must provide a source-of-funds receipt. The original receipt must be from the same day as the transaction and show the financial institution, branch number and account number.

According to the province’s gambling laws, regulations and policies, if a casino in B.C. allows a person to play without adhering to those strict new rules, it could lose its gambling licence.

“On behalf of Parq Vancouver we would like to apologize for the experience our customer had,” Joe Brunini, the president of Parq Vancouver, wrote in a press release emailed to the Star. “We categorically stand against racism of any kind. We are committed to providing a safe, secure and enjoyable experience for all.” 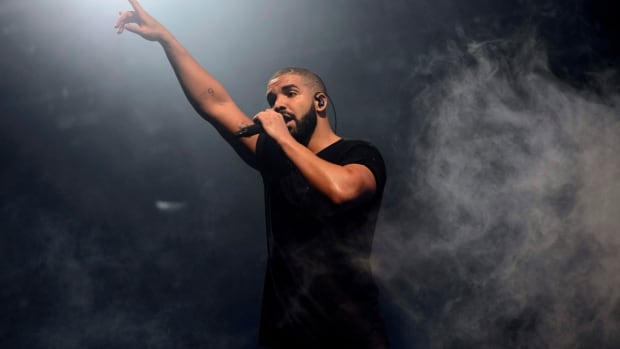 Musician Drake said he was blocked from gambling at luxury resort Parq Vancouver’s casino Friday night and is blaming « profiling » by the venue.

In an Instagram post from the early hours of Saturday morning, Drake called Parq Vancouver the « worst run business I have ever witnessed … profiling me and not allowing me to gamble when I had everything they originally asked me for. »

Drake’s representatives did not immediately return CBC’s request for comment.

Parq Vancouver is a resort with two luxury hotels and the only casino in Vancouver’s downtown core. In a written statement, Parq Vancouver president Joe Brunini apologized for Drake’s experience.

« We are operating in one of the most complex, highly regulated industries and are always looking to better our communication and customer service, » Brunini said.

As of December 2017, B.C. casinos must provide a « source of funds declaration » when receiving $10,000 or more in cash deposits or bearer bonds as part of an effort to combat money laundering.

The government said such declarations must include the customer’s identification, the source of their funds and information on their financial institution.

« We are constantly improving our communications process to ensure that these new regulations are better understood by all guests, » Brunini said.

The profiling accusations have prompted a backlash on social media against the casino. Drake has more than 50 million followers on Instagram.

The I’m Upset rapper, who originally hails from Toronto, is scheduled to play two shows at Vancouver’s Rogers Arena this weekend.

With files by Maryse Zeidler