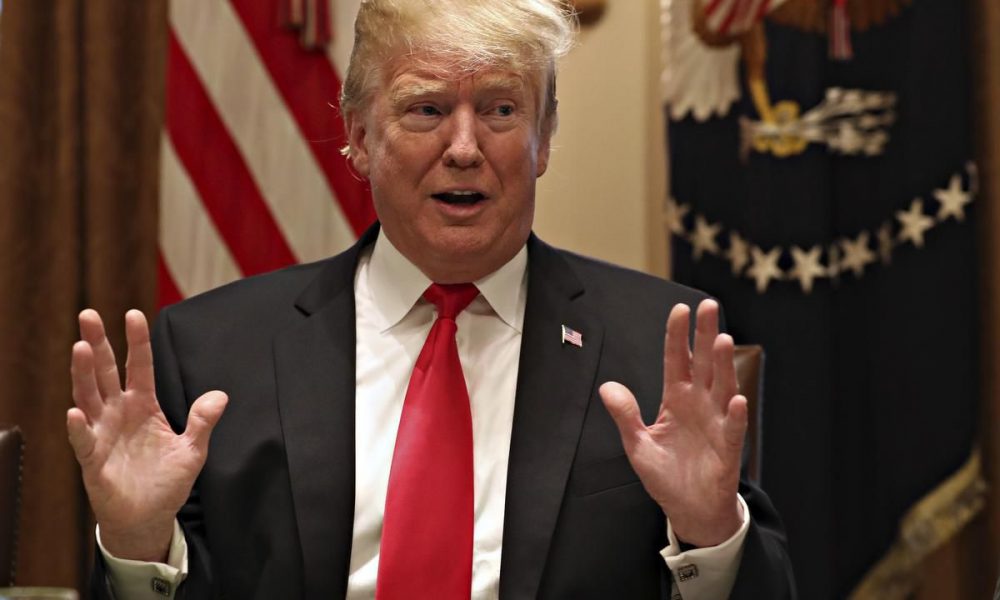 Already losing the public battle over the partial government shutdown he initiated, U.S. President Donald Trump’s hand has weakened again this week after perhaps his worst 48 hours of the 34-day impasse — a cascade of errors, indignities and criticisms that laid bare the precariousness of his position.

His problems were made most obvious on Thursday, when the Senate voted Thursday on competing proposals to reopen the portions of the government Trump has refused to fund unless Congress also gives him billions for the wall he promised to build on the Mexican border.

The unsuccessful votes triggered a new round of negotiations between Democratic and Republican Senate leaders. Trump suggested he would be open to “some sort of pro-rated down payment” on the wall. Senators did not understand what he meant.

The developments came a day after Trump tried and failed to bluster his way into delivering a State of the Union address in the House chamber next Tuesday. Democratic House Speaker Nancy Pelosi, who effectively controls the chamber, had told him she wanted him to reschedule for some date after the government was reopened. With characteristic bravado, Trump sent Pelosi a public letter on Wednesday declaring that he would be giving the speech as originally planned.

Jared Kushner thrusts himself into middle of shutdown debate

Pundits speculated about a dramatic showdown at the House doors, the kind of made-for-TV base-rallying moment Trump usually cherishes. Trump and his spokespeople suggested they would instead choose some sort of “alternative” venue. Instead, within 12 hours, Trump made a rare decision to publicly cave — announcing on Twitter that he would simply wait to speak until “the Shutdown is over.”

Earlier Wednesday, two polls suggested that the damage to Trump is worsening as the shutdown drags on. His approval rating in an Associated Press poll dropped to 34 per cent, his lowest in more than a year. He hit a new disapproval high in a CBS poll, 59 per cent, with just 36 per cent approval.

Comments from Trump and two of his senior appointees on Thursday were unlikely to help. Told that some federal workers have resorted to food banks while they have gone unpaid, Commerce Secretary Wilbur Ross, a billionaire, said, “I know they are, and I don’t really quite understand why.” He said they should be able to get loans. Later in the day, chief economic adviser Larry Kudlow described the shutdown as a mere “glitch.” Then Trump himself claimed, with no apparent evidence, that federal workers get free groceries at their local stores.

As Trump tried again to make the case that the border situation is a security crisis, the news was dominated by others arguing the shutdown itself is a serious hazard.

On Tuesday, the FBI Agents Association issued a report detailing how the shutdown was hampering work against terrorism, drug trafficking and even the MS-13 gang Trump has cited in promoting the wall. On Wednesday, the president of the air traffic controllers’ union said his members are making “routine mistakes” because of their financial stress.

Also Wednesday, five former chiefs of the Department of homeland security sent Trump and Congress a letter telling them to fund the department, suggesting the shutdown was “putting national security at risk.” One of the signers was John Kelly, Trump’s former chief of staff.