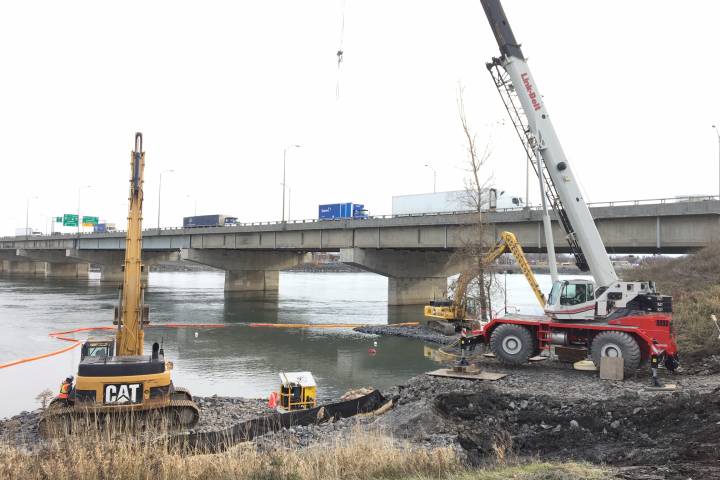 The city of Longueuil has officially started dumping 162-million litres of raw sewage into the St. Lawrence River as part of work to repair a sewage pipe.

The discharge, which began Thursday, is happening on the shores of the city near the Lafontaine Tunnel. It is set to last eight days.

READ MORE: Longueuil to dump up to 160-million litres of raw sewage into St. Lawrence River

Longueuil residents are being asked not to come into contact with the water until work is completed on Nov. 22.

“Citizens who come into contact with river water during this period must wash the affected area and their hands with soap and water,” said the city in a statement.

City officials said tap water in the area remains unaffected. No interruptions to water services or traffic are expected.

Residents are also being asked to reduce their water consumption in sinks, showers, toilets and washing machines in order to limit the environmental impact during the dump.

READ MORE: Why is Montreal dumping 8 billion litres of sewage into the St. Lawrence?

Longueuil said the project, which was announced on Nov. 1,  is necessary because they need to replace two damaged sections in their underground infrastructure that feeds sewage to a treatment facility.

The city obtained permits from both the Quebec and Canadian governments in order to proceed with the dump.

— with files from Global’s Gloria Henriquez