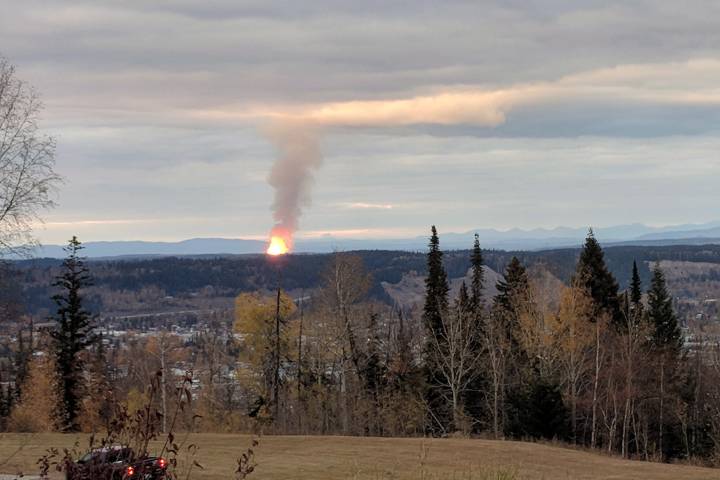 Energy giant Enbridge has been given the green light to restart one of its natural gas pipelines, a day after an explosion at a separate pipeline near Prince George, it said Wednesday.

In a media release, the company said the National Energy Board (NEB) had given clearance to restart operations on its 30-inch line.

That line is located in the same right of way as its 36-inch line, which exploded outside of Shelley, B.C., about 15 kilometres northeast of Prince George around 5:30 p.m. PT on Tuesday.

“This restart approval follows a comprehensive integrity assessment that evaluated a number of potential impacts,” the release said.

“Enbridge looked for evidence of damage to the pipe, geotechnical and ground disturbance, and other potential integrity issues on the 30-inch line.”

With the line being approved for use, Enbridge said it plans to gradually bring its pressure up to about 80 per cent of normal capacity.

“Once this process is safely completed, some much-need capacity will be restored for our customers,” it said.

The potential restoration of gas flows would be welcome news to many people in B.C.

Gas company FortisBC said up to 70 per cent of its 1 million customers could be affected by a possible gas shortage.

That prompted a plea from the company for customers to reduce gas use, and a number of organizations to announce plans to turn down or shut off heat in public buildings.

The explosion’s cause remains under investigation.

On Wednesday night, officials confirmed that the investigation would be handled at a provincial level due to its “potential scope and scale,” if the explosion is ultimately deemed to be a criminal matter.

The National Energy Board (NEB) and Oil and Gas Commission are also investigating.