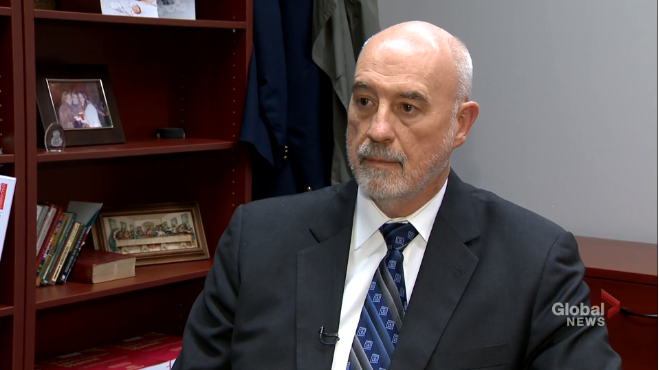 The principal of a prestigious private boys’ school at the centre of a criminal investigation said Sunday he held off on promptly informing police about an alleged sexual assault involving students on campus because the victim hadn’t yet told his family about the incident.

Greg Reeves, the principal of St. Michael’s College School, said he received a “horrific” video of the alleged incident on Monday night, but did not inform police until Wednesday morning.

“I assisted him in telling his parents and the following morning – because of my priority in caring for the victim – I shared the video with police,” Reeves said in an interview Sunday evening.

Toronto police have said they first heard about the video of the alleged sexual assault at St. Michael’s from the media on Wednesday and immediately contacted the school.

Police sources have said the incident – one of several under investigation – involved a group of students on the football team pinning down another student in a locker room and allegedly sexually assaulting him with a broom handle.

Those sources have said a previous incident in a washroom involved members of the basketball team bullying a student and soaking him with water.

The Roman Catholic school, which teaches grades 7 through 12, has said eight students have been expelled and another was suspended after internal investigations into both cases. On Friday, the school said it had also reported a third incident.

Reeves said the third incident was reported to him by the mother of a student. He said the mother called him on Thursday, and he alerted police the same day. He declined to provide details, citing privacy concerns for those involved.

Reeves said he received another video over email Sunday morning, which he did not view but immediately forwarded to police. It’s not clear whether that video depicts a new incident or one of those already reported.

In a statement released Sunday, St. Michael’s said it’s launching an “independent examination” into what it called “underlying attitudes and behaviours inconsistent with its culture and values.”

Reeves said an “external review committee” will be created in the next two to three weeks. He hopes a preliminary examination will be done by spring, with a more in-depth investigation to be completed by next summer.

He said the review will examine the traditions and social practices of students at every grade level and interviews will be conducted with students, parents, alumni and current and former faculty and staff.

“We hope to make visible what has been invisible,” he said. “We have to do better.”

Reeves said the school will also implement an anonymous tip line in the form of an app, which he hopes will be active in the next few days. He said a social worker will also be hired in the “next couple of weeks,” but added that those affected by the recent incidents are being “supported and cared for.”

He said the junior football team program has been cancelled for the school year, and all sports programming at St. Michael’s been “postponed” until Wednesday. He declined to provide the ages of the students involved in the alleged incidents or say whether they played on any sports teams.

Reeves said legal obligations the school abides by in reporting such incidents fall under the Child and Family Services Act. He said he is not aware of children’s aid services being notified about any incident. 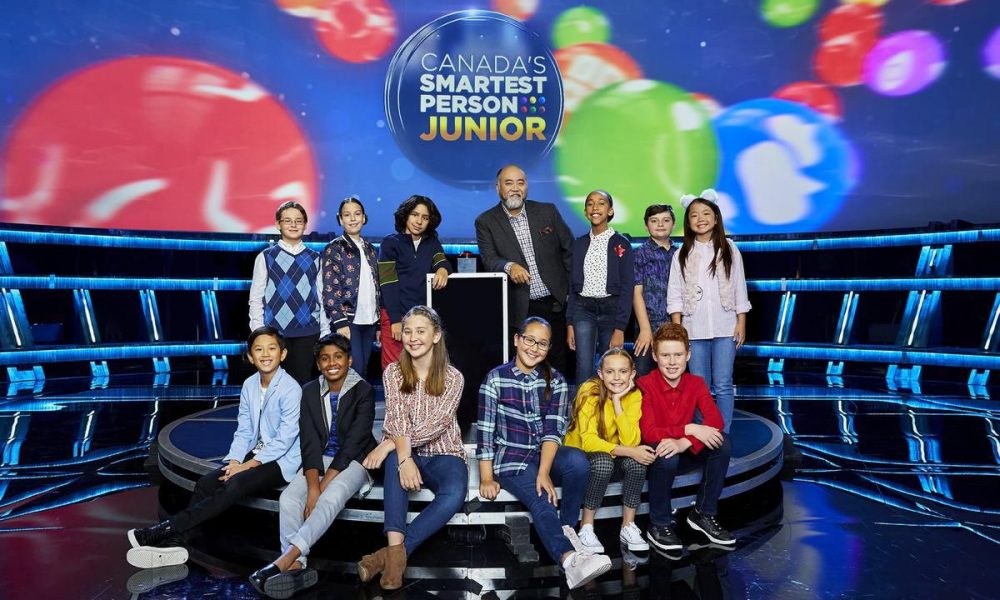 Rob Cohen was always intrigued by the theory of intelligence. What makes someone smart?

“I was watching all these game shows that tend to use trivia. But that kind of pure book smarts doesn’t necessarily represent the smartest person in the room,” says the Toronto television producer.

So he set out to write a documentary that ended up becoming a game show: CBC’s Canada’s Smartest Person.

The show is based on Harvard professor Howard Gardner’s concept of multiple intelligences: the idea that there are a range of abilities that make someone smart, such as having mathematical, visual and musical skills.

“We are all smart in different ways, so I thought it would be the coolest theory to apply to a competition,” says Cohen.

This year, Cohen has tweaked the formula with a much younger cast in Canada’s Smartest Person Junior, which debuts Wednesday at 8 p.m. on CBC. Apart from the fresh-faced contestants, there is a new elimination format where the contestants face off against each other over six episodes instead of different contestants every week. Twelve kids, aged 9 to 12 from across Canada, take part in the competition.

That energy, along with new host Paul Sun-Hyung Lee (Apa from Kim’s Convenience) seems to have given the show a new charge.

“He’s Canada’s dad, he’s Apa, and the kids react so well to him,” says Cohen. “The great thing is that not only are the kids genuinely knock-your-socks-off smart, but they are nice toward each other even though they all want to win. They have a lot to teach the adults.”

Adding children to the formula results in a more emotionally charged show; kids take it personally when they lose. They are also remarkably kind and encouraging to each other, even right down to the finals. They can also be kind of cocky.

“It’s OK, I’ve got bigger dreams, I want to be prime minister,” says the first contestant to be eliminated in the premiere.

The junior version of the show may well have an impact on the format of the original show as well, says Cohen.

“We always look at the end of every season how we can make the show better and we see how the elimination format is really clicking so it really opens up the possibilities moving forward. I think it really works.”

In a cultural market where Canadian series based on American franchises like The Amazing Race Canada and Big Brother Canada dominate airwaves, Cohen’s show is an anomaly: an original local content show being sold internationally.

This year the show debuted in Finland. Other countries have included Turkey and Argentina and there are 12 other territories with deals yet to be announced.

“We can and should be making Canadian formats,” says Cohen. “I think we are good at making some of the best TV in the world, but we’re not great about promoting it or talking about it.”

Risk-averse Canadian broadcasters in many cases would rather take a proven product — say The Bachelor or Real Housewives franchises — and place a Canadian spin on it. Developing a concept from the ground up is much harder work.

“It’s the same old cultural conundrum. Being beside the U.S. market you are inundated with their shows and the more conservative choice is to use the big network formats than risk something new,” says Cohen. “But we are losing out on a huge market where we can make some international noise.”

It’s crucial that Canadians develop an export market for intellectual property where we get to tell our own stories instead of importing others. It’s also important for the balance of trade. That’s why establishing any kind of beachhead is important.

Another Canadian reality show format that has had international success is Big Coat Media’s Love It or List It, which has been franchised in more than a dozen countries. But successes have been few and far between.

Translating a concept can have its own issues. When Cohen sold the rights to Canada’s Smartest Person to Turkey’s public broadcaster, certain themes and challenges didn’t fit with the culture.

One challenge, about social intelligence, included selling an idea or product like you would if you were a TV pitch person or on an infomercial.

“That completely didn’t make sense to them. They were telling us to go to the market in Istanbul to see how vendors pitch, it’s absolutely not like some slick, rehearsed person on TV.”

Other ideas have been adapted from licensees. One challenge, called Cross Walk, was adapted from a concept developed in the Turkish program about crossing the street in Turkish traffic while identifying visuals.

“When you’re in a studio in Istanbul and you’re seeing a carbon copy of what you’ve worked on from the designers and creative team it’s almost surreal,” says Cohen. “Here is something you developed in Canada that’s having an impact across the globe.”