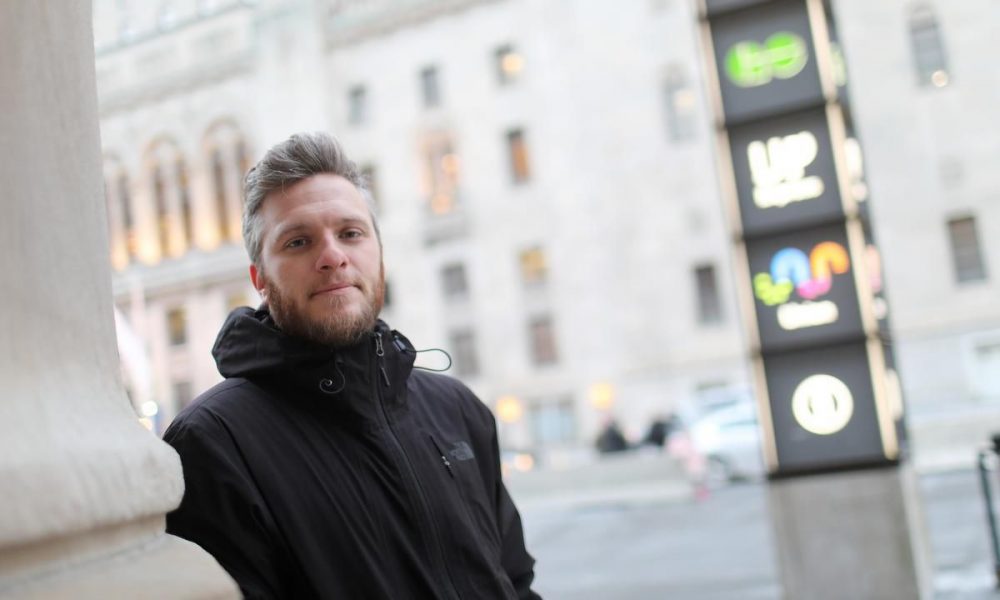 When Terry Hamilton first moved to the Mount Dennis neighbourhood last December and realized he could commute to his office downtown using the Union Pearson Express, he was thrilled.

The 15-minute ride to Union Station from the stop at Weston was not only quick, but travelling on the “absolutely fantastic” airport rail service made him feel like he was in “a completely different city” than the one he experienced while captive to the crowded TTC bus and subway, Hamilton said.

But after a few weeks of commuting bliss he noticed something troubling. He was running up charges on his Presto fare card much faster than he expected. Each trip from Weston to Union was supposed to cost $5.02, but some days he was being charged several times that.

Hamilton called Presto customer service and was shocked to discover what the problem was — he was being deceived by duplicate fare card machines.

Most UP Express stations are served by both UP Express trains and GO Transit trains, and there are two different types of Presto card readers installed on the platforms: a green one for GO Transit customers, and a silver one for UP Express riders.

If customers tap their fare card on the wrong one, they can be charged for both a UP Express fare and GO Transit fare for a single trip.

By the time Hamilton caught the issue he’d been overcharged by $171.26. He said Presto and UP Express staff were helpful and he had no trouble getting a refund.

But he contended it’s “absurd” that there are two different types of machines at the same train platform. While the two types of readers are a different colour and there are signs indicating how to use them, Hamilton said “if you’re just looking for the Presto tap, you’re not going to notice that.”

“It continues to boggle my mind actually,” he said. “I thought the whole point of Presto was a fare system that would go across all of the different transit options.”

Metrolinx, the agency that operates Presto, concedes other customers have been confused by the two kinds of readers.

Spokesperson Amanda Ferguson said the reason for having two different types is that originally the UP Express was designed as a separate system with a different fare structure than GO. However, in 2016 the agency brought fares for the two services in line with each other.

She said customers travelling to or from Pearson on the UP Express are supposed to tap their fare card on the silver UP Express Presto readers.

UP Express riders travelling anywhere else can use either the green GO Transit readers or the silver UP Express devices. But crucially, when those customers tap their card a second time at the end of their journey, they must do so on the same colour device that they did at the start of their trip. If they tap on a different colour device, they’re charged a second fare.

Hamilton said he was overcharged because he was tapping on a silver UP Express device at Weston, but then tapping off at a green GO device when he arrived at Union. To the Presto system, that made it look as though he was making two trips, one on UP Express and another on GO.

And because he wasn’t “tapping off” at the end of what looked like a GO trip, he was charged the maximum amount for travelling the whole length of the Kitchener GO line.

Hamilton said he never expected to see a GO Transit fare card reader at the UP Express stop at Union because GO trains operate out of a completely separate part of the station.

Metrolinx said it put a GO Presto reader near the UP Express platform at Union in part to allow commuters travelling between Union and the Bloor and Weston stops on the airport service to have the trips count toward the GO loyalty program that provides free rides at the end of the month for frequent users.

Ferguson said Metrolinx is “working to improve the user experience” and is launching a pilot initiative at Union “to test out designs that would better visually distinguish the two types of machines.”

According to Olivier St-Cyr, an assistant professor at the University of Toronto’s faculty of information and an expert in user experience design, public-facing technical systems that rely on people to correctly interpret visual cues like signage are often the least effective.

“People can be relied on to some extent, but if they have to remember too many pieces of information or the information becomes complex, then yeah, people will fail,” he said.

St-Cyr said visual cues are particularly likely to be ineffective in an environment like a busy train station, where there are already multiple signs competing for people’s attention and customers are rushing to their destinations.

He argued it would be ideal to just have one type of machine, but if that’s not possible Metrolinx could design a system that prevents people from choosing the wrong device. For example, he suggested that if possible the devices could be programmed to reject a customer’s payment if they end their journey by tapping their card on a different colour device than the one they started with.

“Getting a clear system that works that doesn’t require people to remember things and process extra information to make a decision is the ultimate goal,” he said. 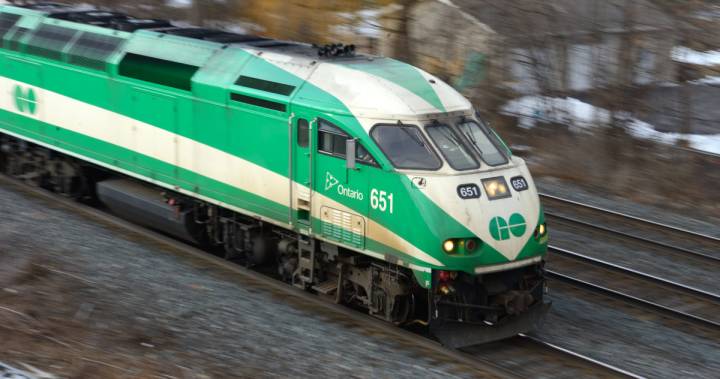 GO Transit announced Monday that it is bringing back the 4:50 p.m. express train from Toronto to Kitchener.

“Our customers are telling us the 4:50 p.m. express service is crucial for our customers,” Metrolinx President and CEO Phil Verster explained.

We will be re-introducing a 4:50 p.m. express trip on GO’s Kitchener line, starting February 13th. This is a new train that will add 1,000+ more seats during your busy afternoon commute. Learn more: https://t.co/u9c0otS5Uz #MetrolinxFYI pic.twitter.com/hQO4k1asg1 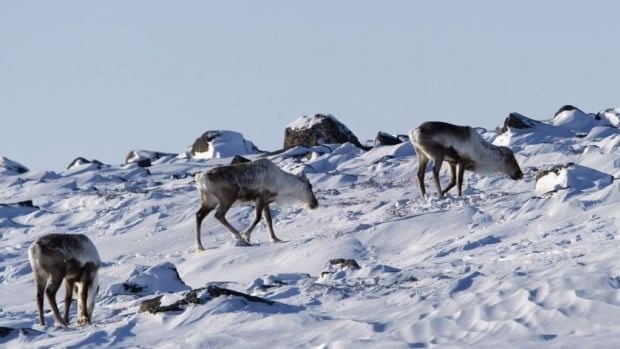 The Canadian government, two territories and several First Nations are expressing concerns to the United States over plans to open the calving grounds of a large cross-border caribou herd to energy drilling, despite international agreements to protect it.

« Canada is concerned about the potential transboundary impacts of oil and gas exploration and development planned for the Arctic National Wildlife Refuge Coastal Plain, » says a letter from Environment Canada to the Alaska office of the U.S. Bureau of Land Management.

Yukon and the Northwest Territories have submitted similar concerns as the administration of U.S. President Donald Trump drafts plans to study the environmental impact of selling exploration leases on the ecologically rich plain.

« Much of the wildlife that inhabits the … refuge is shared with Canada, » says the N.W.T.’s letter to the U.S..

« The conservation of these transboundary shared resources is very important to Indigenous groups. »

The Porcupine herd is one of the few remaining healthy caribou populations in the North and a crucial resource for Indigenous people. 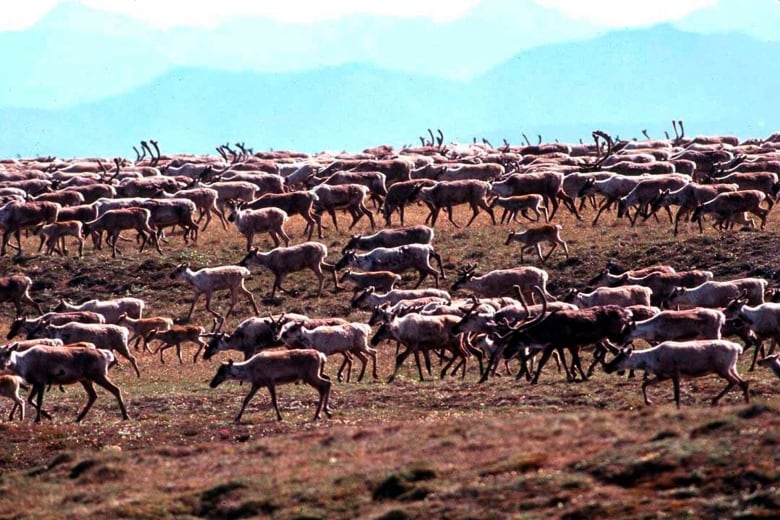 Canada says the caribou are covered by one of four different international agreements — including two over polar bears and one for migratory birds — that commit the U.S. to preserve the area. At least three diplomatic notes have passed between the two countries over the issue.

Canada wants assurances from the U.S. about the content of the environmental study. The N.W.T. is asking that hearings be held in Canadian Indigenous communities that depend on the herd.

In December, the U.S. released a draft environmental impact study proposal for the lease sale with a public comment period until Feb.11.

The stakes are high for the narrow strip of land along the central Alaskan coast. The Porcupine herd numbers 218,000 and is growing. Greenland-Morgan said the animals are a regular source of food for her people.

« We probably have [caribou] at least once or twice a week. »

Adult caribou can co-exist with development, but scientists have shown they avoid any disturbance on their calving grounds.

« Canada is particularly concerned that oil and gas exploration and development will negatively affect the long-term reproductive success of the Porcupine caribou herd, » says the federal letter.

The U.S. is aware of that possibility. 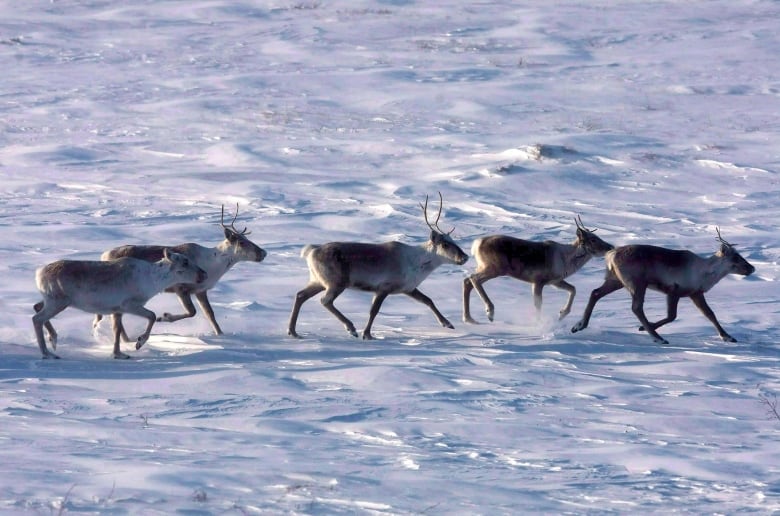 Wild caribou roam the tundra in Nunavut on March 2009. Canada wants assurances from the U.S. about the content of the environmental study. The N.W.T. is asking that hearings be held in Canadian Indigenous communities that depend on the herd. (Nathan Denette/Canadian Press)

« Potential impacts, particularly those relating to changes in calving distribution and calf survival, are expected to be more intense for the [Porcupine herd] because of their lack of previous exposure to oil field development, » says the draft plan.

It also points out the herd’s importance to Canadian First Nations and acknowledges they take about 85 per cent of the annual harvest.

« These Canadian communities would be among the most likely to experience potential indirect impacts. »

Craig Machtans of the Canadian Wildlife Service represents Canada on an international committee that manages the Porcupine herd. He said he has a good relationship with his counterpart in Alaska.

« He does keep me informed, » Machtans said.

But the ties aren’t what they were.

The U.S. representative used to come from the U.S. Fish and Wildlife Service. The current member is from the Department of the Interior.

« He has a different mandate, » said Machtans. « I’m not sure it’s the same relationship. »

Officials at Global Affairs Canada say the U.S. is living up to the agreement on the Porcupine herd. American officials were not available for comment due to a partial government shutdown in that country.

Machtans said Canada has no special status as the U.S. considers public input on the draft.

« We’re not in the inner circle, » he said. « We’re participating as members of the public. »

International law professor Michael Byers said the U.S. may have already broken a clause in the agreement that commits both parties to consulting the other before a final decision is made on anything that affects the herd’s future.

« There’s an obligation to consult that isn’t being implemented right now, » Byers said.

He noted that the U.S. has already said it intends to sell the leases this year.

Greenland-Morgan said her people have been fighting for decades to keep the Porcupine calving grounds free of development — but this time feels different.

« We’ve always had to do this, » she said. « But with the Trump administration, it’s been more challenging. » 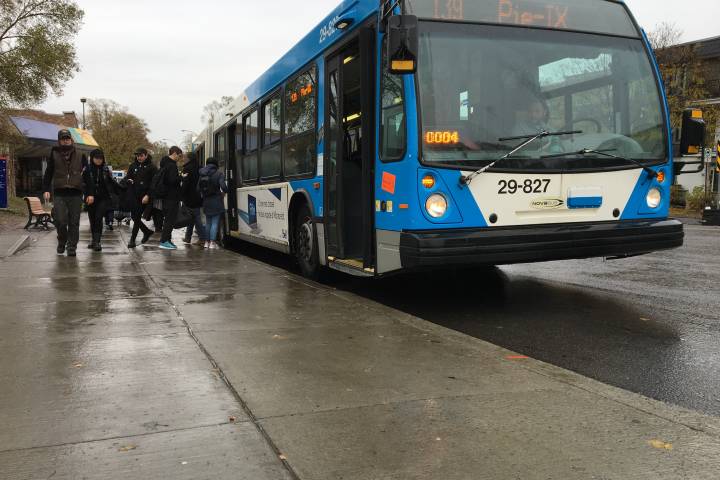 Finally, after more than a decade of discussions and promises, people working and living near Pie IX Boulevard are getting a Bus Rapid Transit system.

The express BRT system is a reserved lane for STM buses that is physically separated from the rest of traffic.

Construction began on Monday and is scheduled to last four years.

The route will run 11 kilometres with 17 stops from Boulevard Saint-Michel in Laval to Pierre-de-Coubertin near the Olympic Stadium.

The BRT is supposed to fill a void along the North-South corridor that lacks a fast, efficient public transit system.

“It’s already tough enough to be in traffic so you hope that taking that extra step would allow you to get from one place to another a lot faster. So, I could definitely see it being a benefit,” Robyn Lahiji told Global News outside the Pie IX metro station.

The project was first discussed and promised in 2008 when Gérald Tremblay was mayor of Montreal with an original scheduled delivery date of 2012.

Now, it’s supposed to be fully operational by the fall of 2022.

The project is slated to cost $394 million.