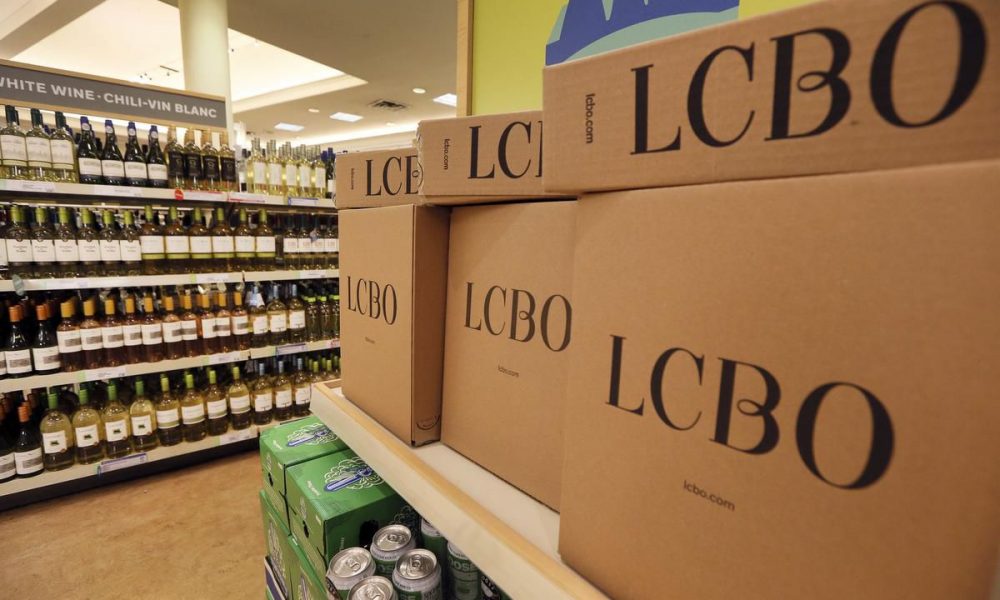 Shared outrage. Shared anger. Shared frustration. And maybe, just maybe, a few good ideas on how to stop, or at least slow, the spiralling problem of theft at the LCBO.

That’s the thrust of reaction to the Star’s revelation Saturday that LCBO outlets in Toronto have sustained a surge of theft, hit more 9,000 times since 2014 — often in high-volume heists in which teams of thieves fill backpacks, duffel bags and suitcases with premium liquors and then simply walk away.

The Star’s call for eyewitness accounts, a number of which we are publishing below, included input from a surprising range of people on both sides of the till: customers who’ve seen it happen, all over the city and well beyond; and long-suffering LCBO workers, past and present, who confirm the morale-crushing reality of feeling helpless and insecure as they try to do their jobs.

One female LCBO worker reached out from rural Ontario, asking that we not publish her name nor that of her town, citing fear of retribution. “I work in a very little store and I can tell you the theft is worse here. I am a young single mom and often work alone, which is very scary. I have unfortunately served drunk males because they are too aggressive and I’m afraid of what may happen if I deny them.

“We’ve asked for more and better security cameras because the ones we have don’t cover the store. We were denied. I’d love to see the LCBO ‘suits’ make more of an effort to show that employee safety is taken seriously.”

The Star’s crunching of Toronto Police Service theft data produced sobering numbers: more than 9,000 thefts at LCBO outlets in the past four-and-a-half years (Jan. 1, 2014 to June 26, 2018). That makes the Liquor Control Board of Ontario far and away the most targeted retail entity in the city. And though retailers as a whole have reported a major spike in shoplifting incidents in the city — 11,010 thefts in 2014 versus 16,667 in the first 10 months of 2018 — the spike in liquor theft appears to be the single biggest driver.

The LCBO declined a request for an interview on the Star’s findings. Instead, the provincially owned liquor retailer responded in writing to a summary of the troubling data, acknowledging, “We can confirm that the LCBO is seeing an increase in shop theft, with the majority taking place in urban areas.”

As the Star reported Saturday, no single explanation unpacks the whole of the LCBO problem, which, in Toronto, some observers say, is made worse by new police policy to not respond to the scene of liquor theft unless the suspects are still in the building. And nowhere in the wide range of responses is there any hint that front line LCBO staff are at fault. The broad consensus is they deserve protection, not blame.

One signal we are able to read from the responses — the public has a voice in this and when it is sounded loudly enough, action follows. Though there is not yet any citywide police effort to staunch liquor theft, a new pilot program underway involving 14 Division’s Community Response Unit only exists because the public — LCBO customers who witnessed theft — asked for it.

“The LCBO responded the following day (adding) security guards. I was told they were working to staff up on security. Thefts have decreased in the Gerrard location as a result,” said Archibald, who intends to continue agitating. “This is a policing issue which leaves retail employees ridiculously vulnerable.”

Here follows a cross-section of responses to the Star’s request for eyewitness accounts of theft at the LCBO. Some anecdotes involve customers taking it upon themselves to engage in levels of risk that ignore police advice. We can only add our voice to those calling for maximum restraint when shopping for liquor:

“About two years ago I was at the LCBO on Davenport near Dupont and I saw a guy loading up his backpack with vodka from a display near the entrance. We all stood and watched as he strapped the bag to his back and walked out the door. I asked the (cashier) if he’d ever seen anything like it. “It happens,” I recall him saying.

“I was at the LCBO at Warden and Eglinton in the summer. This guy cruises through the checkout with a 60-ounce vodka in each hand, pretending to be talking on the phone. One cashier said, ‘Sir, did you pay for those?’ He ignored her. Myself and a gentleman in front of me offered to go get them off the guy but they told us not to. Then they proceeded to write the incident down in a book and continued on like nothing had happened. The customers were dumbfounded as to the level of apathy and the lack of any attempt to stop the person. When I left the guy was strolling down Eglinton without a care in the world. Pretty sad when the civilized, law-abiding customers are seemingly the only ones who care about theft, and stopping it.”

“At the LCBO in the Junction, I saw two men with backpacks fill them up with liquor and walk out the door as the staff stood by and did nothing. I asked and they said they were not allowed to pursue anyone caught stealing! This makes sense for personal safety reasons but it’s clearly a huge problem.”

“I saw it at the LCBO at Oakwood and St. Clair. A guy in a hoodie, filling his jacket with liquor bottles. I advised the unaware employees and the staff told the guy to give back the bottles and leave, which he did. I’m sure this result is rare. If we’re going to continue this ‘unique’ monopoly system in this province, I think going back to the pre-’80s order-desk format would be the best way to stop this. Rather than paper, digital screens or your phone would presumably be the selection tool. Encouraging more online purchases and in-store pickup and discouraging/minimizing their fancy merchandising is another thought. After all, the purpose of the latter surely isn’t to stay ahead of the competition when there isn’t any.”

“I guess that because the cost of the liquor is so low relative to the retail price, which includes a large amount of tax, that the actual losses are minimal. If the perpetrators were arrested and convicted these costs would far outweigh the losses, so it looks like the present solution is working and costing the public less to allow them to continue to shoplift. Also, the police cannot be involved in such small amounts with no violence.”

“Considering the costs of thefts, why not hire off-duty undercover police with tasers, at least at the most often-hit stores? Or maybe have a security guard make customers check their bags at the front desk? We need to muscle up to this problem, soon and quickly. The response so far seems to be pure apathy at taxpayers’ expense. Where’s bold leadership on this problem?”

“Here in Mexico where I spend my winters, many businesses post guards with assault rifles, machine pistols or combat shotguns at the door. They don’t get many visits from smash-and-grab punks.”

“Four young people walked into the (Beaches LCBO) store with bandanas over their faces, loaded up backpacks and reusable shopping bags with anywhere from 6-15 bottles of wine and liquor and just walked out. They were inside for maybe 30 seconds. Nobody did anything. When I blocked the exit with my arm to try and block one of them, an employee told me not to so I dropped my arm and let the person go. This was a couple of years ago around this time of year, but it was very organized and completely bizarre.”

“I live in Saskatoon, where the government-run liquor stores (have) high-security guards to prevent theft. And they catch shoplifters. I’ve seen people tackled to the ground.”

“Interesting article about LCBO thefts in Toronto, but having worked for The Beer Store for over 10 years I feel compelled to mention that this happens every day at The Beer Store as well. The amount of stock that goes out the front door is staggering. And usually in brazen fashion as most times the perpetrators know there is nothing we can or will do about it. The unfortunate thing is we too are threatened on a daily basis.”

“I worked for the LCBO for over 38 years. I’ve seen shoplifting. The staff were told do not interact with shoplifters — just watch them and report. Management would tell employees to try to kill the shoplifters with kindness. A lot of time, employees would just turn and walk away, knowing that nothing is going to come of the incident. It is discouraging for staff. I hope more employees tell their story so that the LCBO will act.”

“A couple of summers ago at the LCBO at Bayview and Millwood, I watched some guy fill a duffel bag with booze and elbow past me as I opened the door. …Exactly a week later I get out of my car near the same spot and the same guy lumbers past with another full bag. He’s got to be going somewhere — so I get back in the car and trail him from a distance to a side street where a car is waiting. I pull behind and make like I’m checking out house numbers or something. Meanwhile, I’m taking the plate number and later give that to staff. I’ve always wondered if anything concrete came of that. I have to think the police did, in the end, do something. The point is the thieves are always heading somewhere with 50 pounds of bottles over their shoulder. So where? I asked the question and carried it through. Although police may have a different opinion on whether that was the wisest choice.”

“Summer of 2017, I witnessed a robbery just like this at Coxwell and Queen: perp had a basket loaded with large bottles of premium liquor. Walked past the cash and right out the front door. We all saw it, customers and staff. I pulled out my phone and filmed it. Ran out and followed him across Queen toward the rear parking lot of Harvey’s. He calmly unloaded the bottles into his SUV and sped off. I called the police and reported it. From reading this article, I know he got away and nothing was done about it. I’m shocked to hear the LCBO is the biggest retail target for theft and so little is done to stop it, since taxpayers eat the cost … I’m also astounded that police won’t respond unless the thief is still on the property; since these are basically smash-and-grabs, law enforcement has a negligible impact in deterring these crimes. What now? LCBO stores are just sitting ducks? As a Toronto resident and taxpayer, I’d like to hear what (Toronto police Chief) Mark Saunders and (Premier) Doug Ford have to say.

“I work at LCBO. I’ve witnessed three thefts in the last month. It’s sad but a reality that we can’t do anything about it. I say this because the thieves return because there is no threat to combat their actions. Yes, we see them on CCTV but we can’t stop them from leaving or even touch them. They could sue us back since they have rights preventing these actions. What can we really do, any suggestions? Bottle locks can be removed by screwdriver. The truth is theft will continue and the taxpayer will pay for it. We become witnesses to the perfect crime. How ironic.