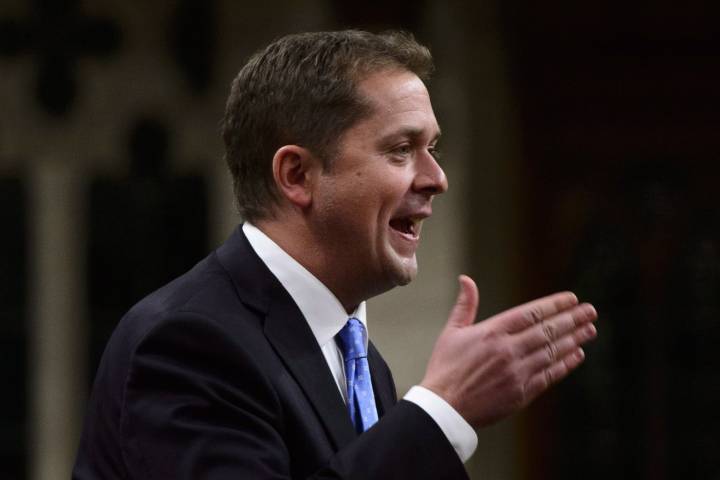 “He has increased Canada’s debt faster than any peacetime prime minister in Canadian history,” Scheer asserted. While the debt-to-GDP ratio throughout Canadian history isn’t entirely clear, spending by the Canadian government has notably increased since Trudeau took office.

WATCH: Carbon tax ‘not a price’ on pollution: Scheer

“No one would leave an unpaid credit card bill to their children, but that’s exactly what Trudeau is doing,” Scheer continued during his speech.

Scheer’s comments seem to stem from a report published by the Fraser Institute in 2017, stating that Trudeau is on track to be the be the largest accumulator of debt among prime ministers who took office in times of economic stability and minimal global conflict.

On the flip side, however, some experts have noted that many estimates regarding Canada’s federal debt do not take into account the government’s current assets. Global News reported in March that while our federal market debt hit $1 trillion this year, this number is offset by almost $380 billion in assets, bringing the total of the country’s net debt to a more manageable $651 billion.

According to documents prepared by RBC based on government projections, Canada’s net debt is expected to rise to $730 billion by 2023. Between 2016, the first full year Trudeau held office, and 2023, the year RBC’s projections end, the federal net debt will have increased by a potential $1 billion over that seven-year period.

The seven-year-period prior to 2016 saw a comparable net debt accumulation of approximately $1 billion as well. It’s important to note that Conservative leader Stephen Harper took office in 2011, and held office for three terms.

In addition to discussing the spending practices of the Trudeau government, Scheer pledged to do away with Trudeau’s carbon tax, pledged to continue challenging the prime minister during Question Period in the House of Commons, and encouraged Ontario Conservatives to make Trudeau a “one-term prime minister.”

The next federal election will take place in November 2019.