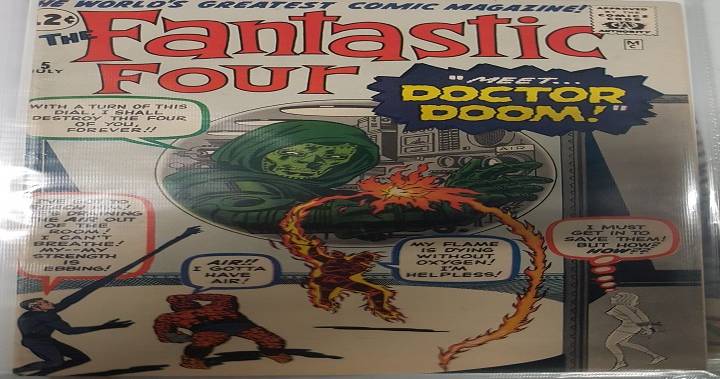 A Regina man is considering himself fortunate after discovering a comic book, he was about to giveaway, may be worth close to $20,000.

For years, Al Neumiller kept an old box of comics hanging around the house, but about three weeks ago, he figured it was time to get rid of it.

Neumiller said he was either going to donate them to the Salvation Army or simply throw them in the trash.

But after reading a newspaper article on Lee Pearson, the owner of Bridge City Comics in Saskatoon, about finding an old classic Archie book, Neumiller thought he would bring his collection to him.

So he made the trip to Saskatoon.

“I had a bunch of Archie comic books so I thought maybe he would be a good guy to talk to see if he wanted them,” Neumiller said.

Pearson wasn’t interested in more Archie comics, but offered to go through the rest of Neumiller’s box.

“I thought he was going to have a heart attack for a minute because his eyes got as big as saucers. It was an amazing reaction when he looked at it,” Neumiller said.

That was Pearson’s reaction the moment he laid eyes on Marvel’s 1962 Fantastic Four #5 comic.

“I stopped dead in my tracks. There was a brief second of disbelief and then my forehead got very warm and I felt a little dizzy,” Pearson said.

Pearson said he believes the copy would sell for about $18,000, or even more.

“From my reaction, he knew it was worth something and I couldn’t have been happier to give somebody news like that,” Pearson said.

Neumiller said Pearson wanted to buy the comic off him right there and then, but was honest in telling him that it was a little bit out of his price range.

Now the two are working together on finding a professional who can accurately value his Fantastic Four #5 comic before selling it.

So for now, Neumiller said it’s safely locked away.