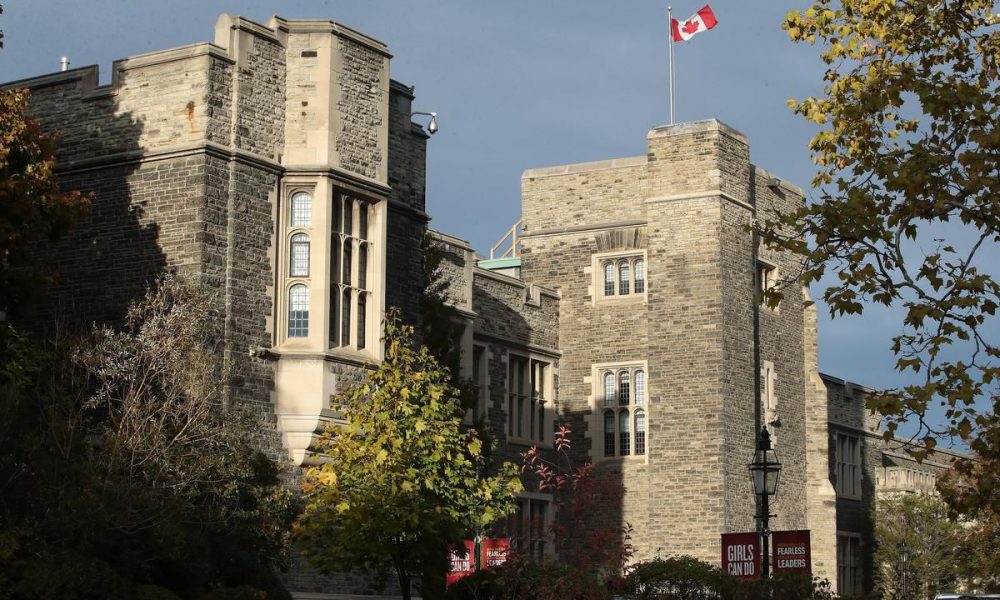 An all-girls private school scandal involving an adaptation of Shakespeare’s The Merchant of Venice has many wondering how a well-intentioned production could have gone so horribly awry. A group of parents say the show is blatantly anti-Semitic; the director disagrees and says he’s “dismayed and shocked” at the outcry; and a prestigious school has fired its head and apologized.

Bishop Strachan School (BSS) says it’s now doing an internal review. But one thing is already clear: It’s important to tackle controversial material in schools, perhaps more so than ever, but educators need to proceed with great care.

“I’m afraid that, for some people, the reaction will be ‘Let’s just not touch that’… because of a fear that it could blow up in their face,” said Allen MacInnis, artistic director of Young People’s Theatre, Canada’s largest not-for-profit theatre for young audiences, who was not involved in the play at BSS. “That would be a terrible shame, because we’re robbing our young people of opportunities while they’re in this learning mode.

“I would love for (educators) to come away from it thinking instead, ‘Right, let’s enter into the conversations about the difficult subjects — and do a better job of it.’”

Controversy followed the Oct. 17 staging by U.K. theatre company Box Clever, despite the director’s “extensive engagement” with students over a period of two weeks at BSS, where he ran workshops and rehearsals.

According to director Iqbal Khan, the students involved with the production, including an intern who identified as Jewish, showed nothing but “informed enthusiasm” throughout. Khan, who has worked with the Royal Shakespeare Company, said students were involved in discussing the ambitions of the show, which delved into “the obscenity of the Holocaust and the centuries of mistreatment of Jewish People.”

The show was staged in front of 200 Grade 11 and 12 students, and during the evening for adults and BSS board members. Both performances received a “standing ovation from all who attended,” according to Khan. “The shows were an enormous success,” he says, adding each was followed with a “rich and enthusiastic” Q&A session. “There were no negative reactions.”

The one-man show was first produced in 1998 and described by Box Clever as a “poignant reimagining of Shakespeare’s most controversial play.” It begins with a man walking on stage with a suitcase, and telling the audience about both The Merchant of Venice and the story contained within his suitcase, which belonged to his grandfather who lived through fascist Italy and the horrors of the Holocaust.

“The rhetoric of hatred is explored through the centuries; from the time of the play’s writing to our modern age,” said Khan. “From the shockingly hateful sermons of Martin Luther, the smashing of his grandfather’s shop windows in 1942, to modern hateful chants in the football stands and against foreigners.”

According to MacInnis, who attended the evening show, the actor in the play adopted different characters and used various techniques. In one scene, he employed a kind of game show format; in another, he re-enacts scenes from The Merchant of Venice while using audience members as stand-ins for other characters.

Box Clever says the play aims to challenge hatred and remind audiences of the dangers of unchecked discrimination. But days after the show, 24 unnamed parents, who didn’t see the play, wrote to the school, saying the production left their Jewish daughters feeling “extremely uncomfortable and alienated.” They say the play “introduced the Holocaust in a humorous light that minimized its impact,” that students were urged to respond to statements such as “Burn the Jews” with “Hallelujah,” and that BSS failed to adequately prepare its teenage audience for what it saw on stage.

In the wake of the uproar, the school’s head, Judith Carlisle, was fired and BSS said it was an error to present this adaptation, for which appropriate context was never provided.

Khan is stunned by the outcry and says he has no plans to change the play. And, given the horrific killing of 11 people at a Pittsburgh synagogue on Saturday, he says “The play has never felt more urgent.”

“Hate expressed in any form, against any section of society is abhorrent,” he said. “This is precisely what the play tackles.”

But there are now questions over why, for some, the play’s intended message was missed.

MacInnis doesn’t know the process behind Box Clever’s adaptation or how teachers prepared students. But while watching the play, he found himself wondering how he might have reacted to some scenes if he were Jewish or a teenager.

He recalls the actor donning a mask that was a caricature of a stereotypical Jewish villain, with a large nose. He suspects the point was to highlight anti-Semitism in Shakespeare’s time, when this was how Jewish characters might have been depicted and audiences likely would have laughed.

But would a teenager have understood this? “I don’t know if a group of 15-year-olds would say, ‘Oh, I see the stereotypes you’re doing there,’” he said. “The intention’s very clear, to an adult of my age. But is that going to land correctly on a teen audience?”

MacInnis sees educational value in producing classical works that explore difficult themes. But the key, he believes, is to stay mindful of the fact that audiences are diverse and, in an adaption of The Merchant of Venice, the play will feel differently for students who are Jewish versus those who aren’t. “You really have to account for the fact that one person may be more offended than the other, and you’ve got to give space and permission for them to have their genuine personal response.”

Just as important is ensuring people from marginalized communities are not only included in the creative process at every step, but empowered to influence the process and speak up. “Even if you intend to create a safe space, how do you do that … Because that’s actually a very difficult thing to do.”

MacInnis acknowledges the extraordinary task of presenting challenging productions to young audiences, which require a lot of intentionality and hard work.

Four years ago, his theatre staged To Kill a Mockingbird, which has become a highly-controversial book in schools, in part for its use of the N-word. In preparation, MacInnis spent three days with the cast, including the Black actors, going through the script scene-by-scene, discussing problematic aspects. He also hosted a public forum, attended by parents and educators from schools that would see the play, where they tackled its thorny subjects and held a panel discussion that included a representative from the Ontario Black History Society. And the theatre company produced a study guide for teachers that included lessons they could use with their students, both before and after the play.

“We really advanced the idea that no teacher should be bringing their students to the show without proper preparation,” he said.

MacInnis hopes the episode at BSS doesn’t discourage schools from tackling works like The Merchant of Venice. Kids and teachers need to be willing to have conversations about difficult subjects, “but do it with eyes wide open, and many, many people at the table to help construct the conversation.

“It is a lot of work, more than you think, and sometimes exhausting,” he said. “But I think it can be the best work you’ll ever do.”