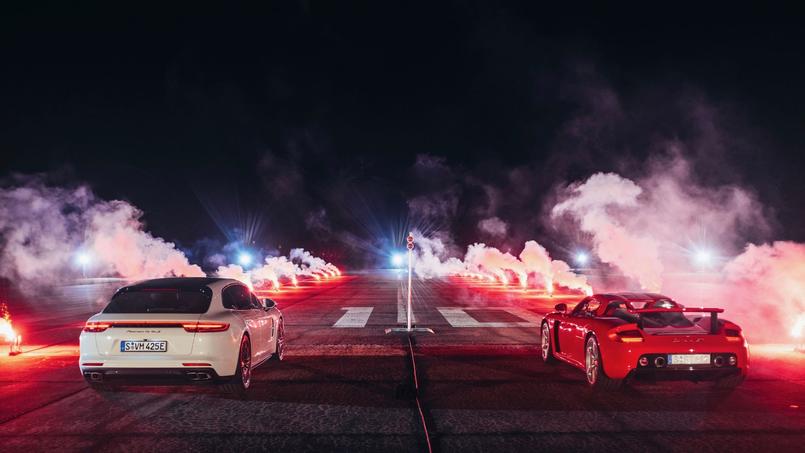 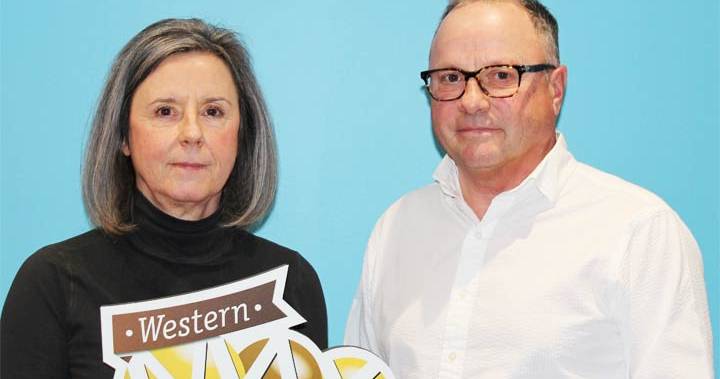 Michele Hahn and her brother Gerhard Hahn plan to share the winnings with family.

“We both decided a long time ago that if we ever won the lottery, a lot of people would benefit from the win,” Gerhard said in a press release.

“It’s really nice that we’re able to make things easier for everyone.”

Michele bought the winning ticket at the Pharmasave on Broadway Street in Fort Qu’Appelle.

Fort Qu’Appelle is around 60 kilometres northeast of Regina. 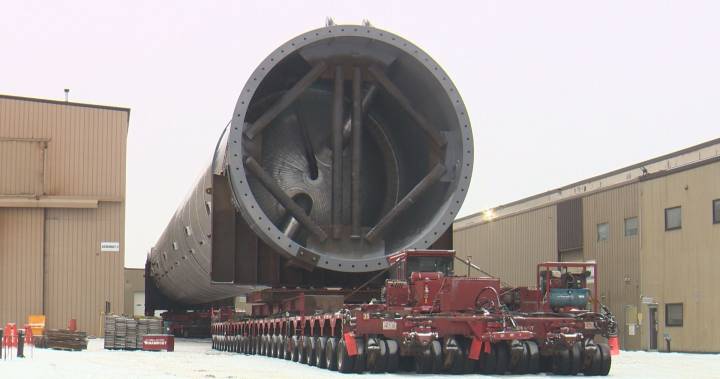 A second piece of petrochemical development equipment is making its way to a refinery near Fort Saskatchewan in Alberta’s Industrial Heartland.

It comes less than two weeks after a massive ‘splitter’ made its way along the same route.

The second piece of equipment is called a de-ethanizer stripper and weighs approximately 682 tonnes and is about 63-metres long.

The stripper separates ethane from liquid natural gas to be reused elsewhere in the refining process or for other petrochemical products.

Motorists are being advised of travel disruptions that might occur during the move. 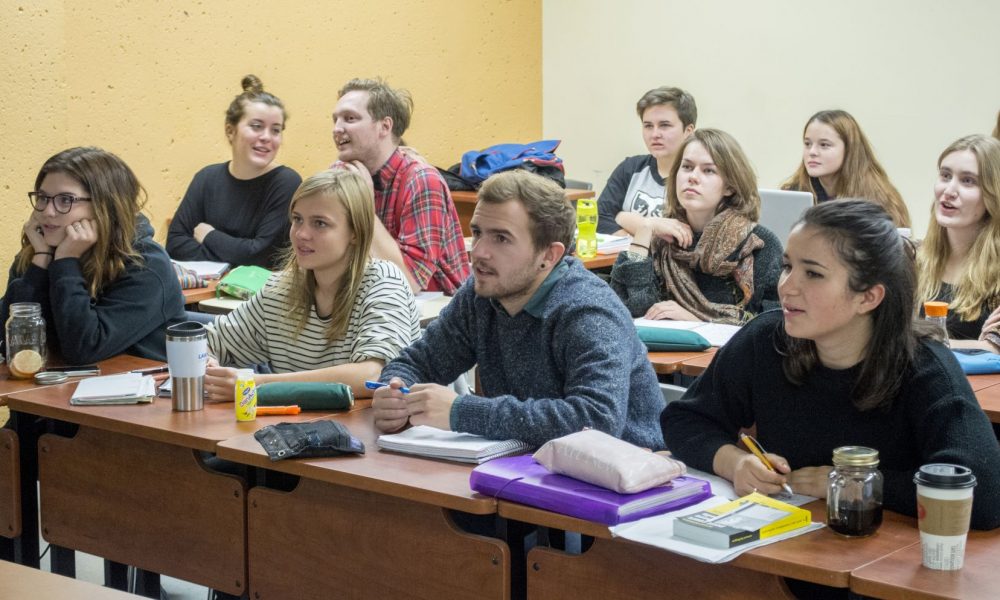 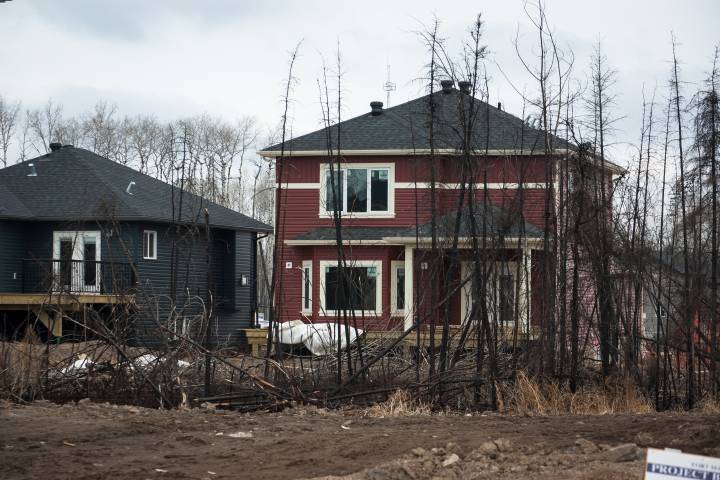 A new study indicates dust from homes in Fort McMurray, Alta., had normal levels of indoor contaminants a year after a devastating forest fire hit the city, suggesting residents did not face an elevated health risk in the aftermath of the blaze.

Arthur Chan, a chemical engineering professor at the University of Toronto, said pollutants in house dust his team analyzed actually contained fewer toxins than homes in many other Canadian cities.

“We don’t see any cause for alarm,” Chan said. “We found that the levels are below what the guidelines considered as risky.”

The results were published last week in the journal Geophysical Research Letters.

Chan said he and two other researchers spent three weeks going house to house in July 2017, about 14 months after the blaze, sucking up dust from bedrooms and living rooms — areas with the highest exposure — with commercial grade vacuums. They later analyzed what they collected in a lab.

The team went through more than 60 houses for the study.

The researchers were driven to perform their work after residents raised safety concerns in wake of the massive wildfire that forced 88,000 people from their homes. Chan said the research was believed to be the first to look for the retention of “fire-derived pollutants” indoors.

“That’s partly because these kinds of fires are rare and it’s hard to mobilize quickly to go into the community to do the study,” Chan said.

They found trace elements of the heavy metal arsenic in house dust in neighbourhoods that were heavily damaged by fire compared to non-damaged neighbourhoods, but the levels weren’t above Alberta’s health guidelines, Chan explained. The researchers found no evidence of polycyclic aromatic hydrocarbons in Fort McMurray house dust.

“We still don’t know why, but we think maybe people did a very good job cleaning or maybe from this event there isn’t that much of an impact indoors,” Chan said. “Whatever it is, it is minimizing the health risk.”

He said he hopes his results informs rebuilding and recovery efforts after wildfires.

“We expect this will be an important set of results for the future because there are likely going to be more wildfires because of climate change and difference in land uses,” he said.

Chan and his team are working on several other related studies. They have gone back to Fort McMurray three other times to look at long-term levels of pollutants inside homes as well as seasonal effects.

They are also working with a lung specialist who is conducting a parallel study looking at the residents of the same houses Chan’s team has examined.

“The idea is to compare what’s around you to what’s in you,” Chan said.

Watch below: A wildfire that forced 80,000 people in northern Alberta to flee more than a year ago has finally been extinguished. (Filed September 2017). 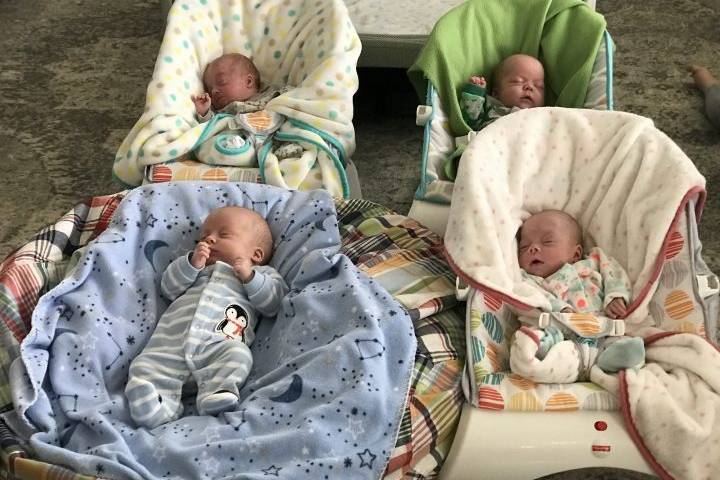 When Fort McMurray couple Annie and Darrell Simms saw four small outlines on the ultrasound screen, they realized their lives were about to change in a big way.

“Annie and I looked at each other and we were in shock,” said Darrell. ”We laughed and then we cried a little bit.”

On Oct. 30, 2018, Carter, Nathan, Heidi, and Julia were born at the Foothills Medical Centre in Calgary, ranging in weight from one pound and three ounces to three pounds and four ounces.

Annie and Darrell Simms are heading home to Fort McMurray with their four new additions.

The couple already has a three-year-old daughter and when they were looking to have a second child, they turned to artificial fertilization. Annie said the chances of success were low.

“[Our chances of getting pregnant] were only 10 to 15 per cent, so we were so happy,” said Annie. ”Then we were totally floored when we found out that it was four.”


READ MORE:
Quadruplets born in Calgary: ‘I can’t believe there’s four of them’

Each baby spent some time in the NICU since they were born at 30 weeks. The boys went home first and now all four have been given the green light to head home.

Darrell said the reality of having four newborns is finally setting in.

“We’ve got maybe 24 bottles in cycle at a time,” said Darrell. “It’s quite a process. We’ve got a station set up.”

WATCH (Mar. 7, 2017): Between feeding, changing diapers and tidying up, a new parent’s work is never done. Now imagine multiplying those constant demands by four. That’s just an average day in the life of Tim and Bethani Webb. Laurel Gregory has more.

According to the 2017 Perinatal Report, Alberta has one of the highest rates of multiple births in the country. The study shows that number has stayed steady since 2009.

The report also estimated that around 100 sets of triplets and quadruplets are born each year in Canada.


READ MORE:
Alberta quadruplets are obsessed with hugs and the internet is melting

Another set of four babies was born in Calgary to a Rocky Mountain House couple this year and the two families have been in touch.

“We’ve reached out to get opinions on things and it’s been helpful just knowing that there’s someone else that’s going through what we’ve gone through,” said Annie.

The Simms are headed back home to Fort McMurray and ready settle into their new life as a family of seven. 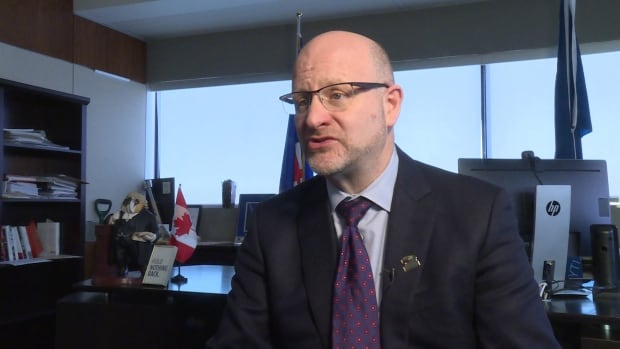 The mayor of Canada’s oilsands capital says one of his priorities for 2019 is changing the way Canadians look at Fort McMurray.

In the new year, Wood Buffalo Mayor Don Scott has set his sights on a charm offensive with Canadians.

When people talk about Fort McMurray, Scott wants people to think beyond oilsands mines and camps, and instead imagine family-friendly communities with world-class recreational facilities surrounded by more protected forests and parks than most communities in Canada.

« They know that we are the economic engine of Canada. They’ve heard of us. Some have positive views. Some don’t, » Scott said in a year-end interview with CBC. « If people saw the reality of how great this region is, I think they would have a much easier time believing that this is a place to live and invest. »

By getting out a better brand for Fort McMurray, Scott hopes to attract more investment and convince more people to move to the community rather than flying in and out for work.

Other oil patch boosters have taken more confrontational approaches — especially when it comes to getting a pipeline built that could take Fort McMurray’s bitumen to new foreign markets.

Political figures such as former Fort McMurray MLA and opposition leader Brian Jean recently called for a boycott of Quebec-made products after Premier François Legault said there was « no social acceptability » in his province for a « dirty energy » pipeline from Alberta.

Earlier in 2018, Alberta Premier Rachel Notley issued an outright ban on British Columbia wine and passed the so-called « turn off the taps » legislation that would allow the province to cut off energy shipments to B.C.

Notley’s actions were sparked after B.C.’s made further attempts to block the Trans Mountain pipeline, arguing it posed environmental risks for the province.

Scott did not mention the tactics of others, but said he will be using a softer public approach in the hopes of changing hearts and minds

Meanwhile, he says he’s still working all political back channels, including meetings in 2018 with Prime Minister Justin Trudeau and Notley.

« I think the advocacy by Albertans has really worked. When I travel and I talk to other Canadians they are much more familiar with the challenge right now, » Scott said. « And they are much more supportive of pipelines. I feel like we are heading in the right direction. » 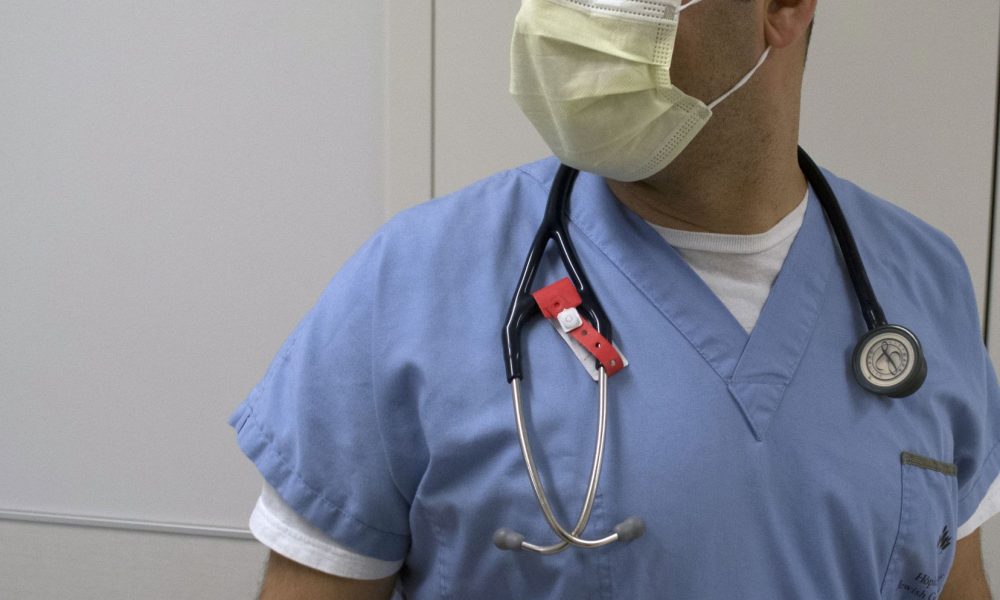 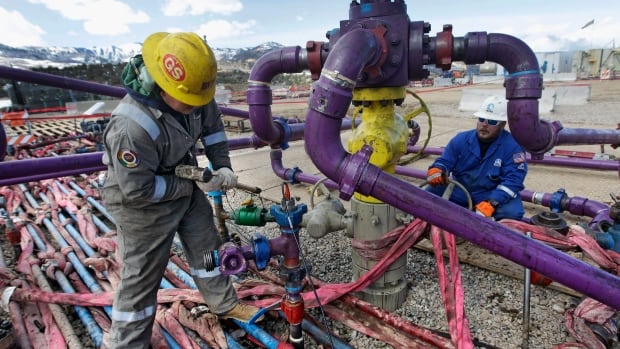 The provincial regulator says the events 20 kilometres south of Fort St. John on Nov. 29 occurred because of fluid injections during hydraulic fracturing at a Canadian Natural Resources wellsite.

The events, which were felt but caused no surface damage, measured 3.4, 4.0 and 4.5 magnitude.

Fracking operations within the lower Montney formation, a major shale oil and gas resource near the B.C.-Alberta border, were suspended after the earthquakes and are to remain suspended at the multi-well pad, pending the results of a detailed technical review.

The commission says seven wells into the upper Montney formation had previously been drilled and completed by the Calgary-based company with no seismic events larger than magnitude 2.5 detected.

The immediate shutdown of operations is required when an induced seismic event in that region reaches or exceeds a 3.0 magnitude.

Hydraulic fracturing involves injecting water, sand and chemicals into a well under pressure to break up tight underground rock and free trapped oil and gas. 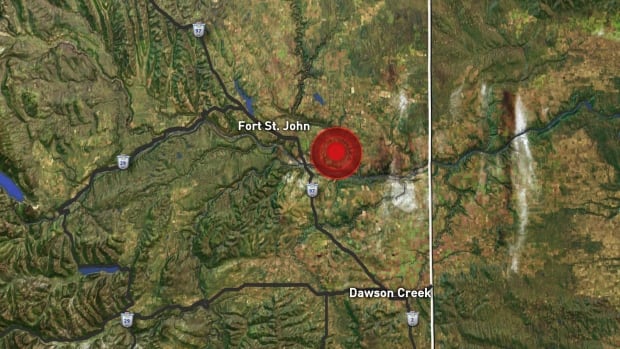 An earthquake struck an area in northeastern B.C. close to Fort St. John on Thursday after 5 p.m. PT.

According to the U.S. Geological Survey, the quake had a preliminary magnitude of 4.2 and the epicentre was 22.4 kilometres southeast of Fort St. John.

People in Fort St. John, as well as Taylor, Chetwynd and Dawson Creek reported feeling the earthquake on social media, but there are currently no reports of damage.

My couch and bookshelf shook… sent the cats running!

Honn Kao, a research scientist with the Geological Survey of Canada, said early data suggests the quake had a relatively shallow depth which is likely why the quake was widely felt.

« This is certainly an event that has been felt quite a bit by the local residents, » Kao said. « Although this is a significant event for the region I don’t think it’s going to cause significant damage. »

Hydraulic fracturing in the area

Although it is unconfirmed what caused this earthquake, Kao said the B.C. Oil and Gas Commission is investigating if the quake is related to hydraulic fracturing operations in the area.

Hydraulic fracturing — or fracking — is when water, sand and other chemicals are injected underground at a very high pressure to fracture shale rock deep underground in order to extract natural gas.

« They will have to link the location and time of this event to the injection operations nearby, » Kao said.

This area of the country — western Alberta and northeast B.C. — has a high rate of fracking-induced earthquakes, according to a study from the University of Alberta.

With files from Johanna Wagstaffe