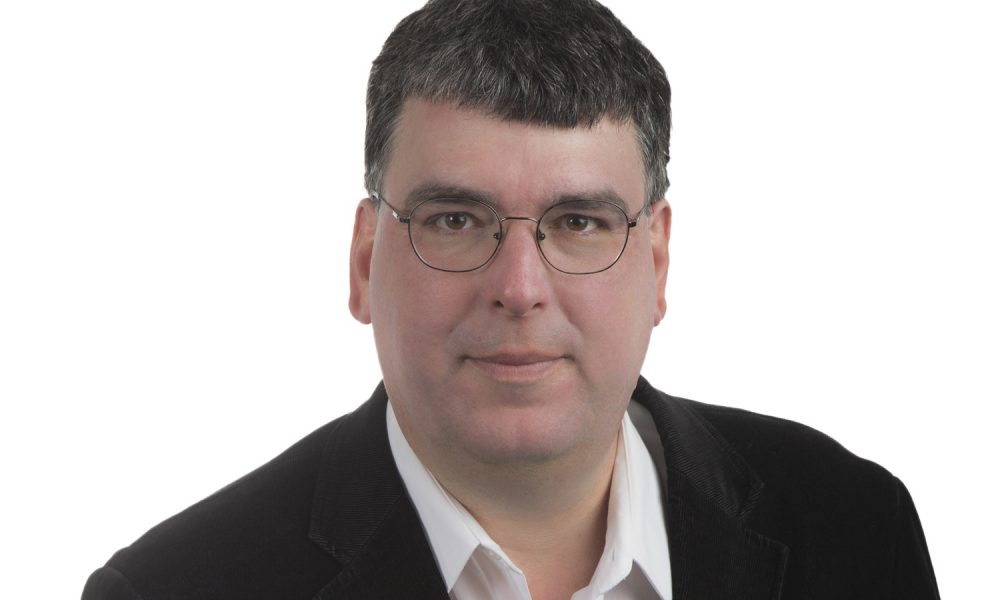 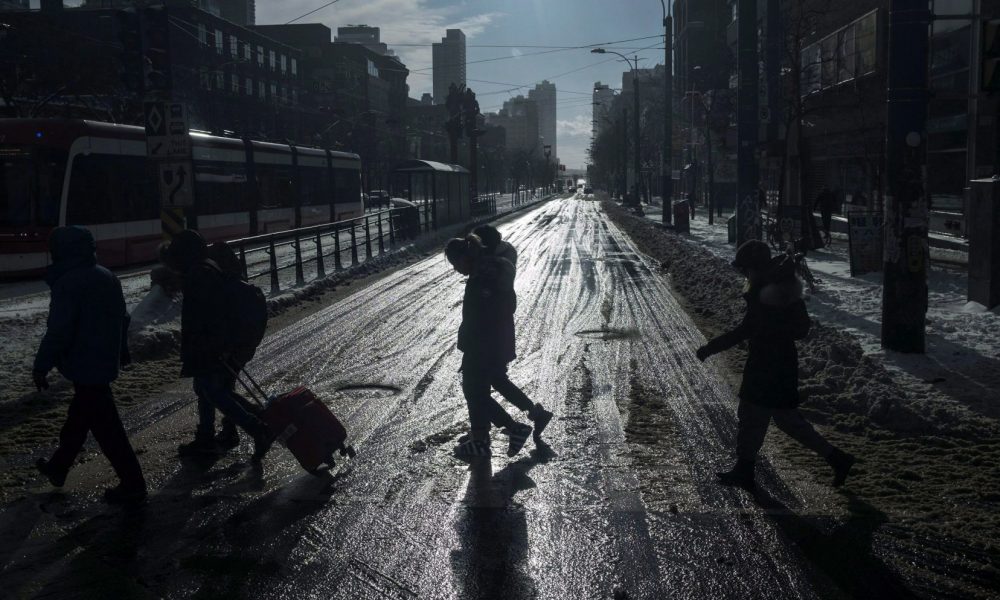 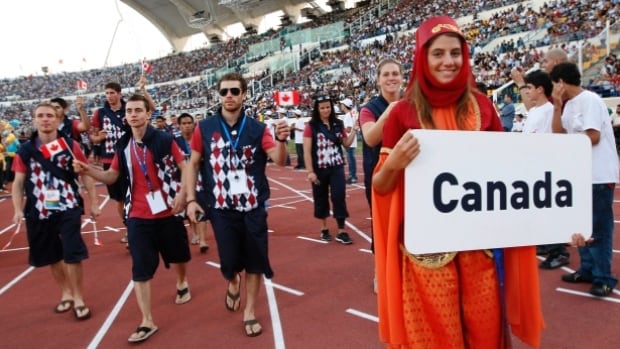 The Moncton-Dieppe bid was selected to host the 2021 Games — considered the biggest sporting and cultural event in the French-speaking world — based on a $17-million budget submitted back in 2015.

But Radio-Canada has learned the request for funding by the Games’ organizing committee, first submitted to government back in April, is for $130 million, raising questions about whether hosting the games in New Brunswick is still a viable option.

The municipalities of Moncton and Dieppe were supposed to contribute $750,000 each, with the rest of the money split evenly between the federal and provincial governments.

But various levels of government are now saying they might not be able to afford the difference.

New Brunswick’s Progressive Conservative government said it was shocked to find out the price tag when it took office.

« To our surprise, there were no funds approved in the budget for the Games, » said Louis Léger, Premier Blaine Higgs’s chief of staff.

« We were incredibly surprised. 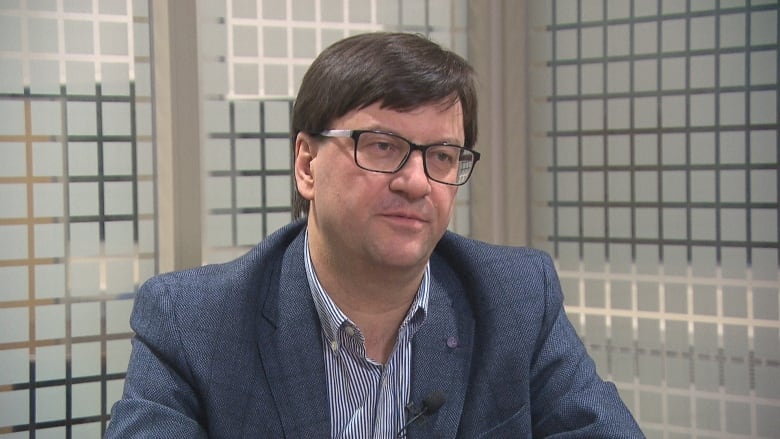 Louis Léger, chief of staff to Premier Blaine Higgs, said the province is concerned about the inflated price tag. (CBC)

Léger said he is not ready to say the Games are in jeopardy, but he is unsure where the funds will come from.

« We have to recognize New Brunswick is a small province, » he said, leaving the ball in the court of the federal government.

But Ottawa said it will not contribute more than 50 per cent of the cost of running the Games.

« It’s important now for New Brunswick to assume its responsibility, and we’ll be an important partner in the Games. » 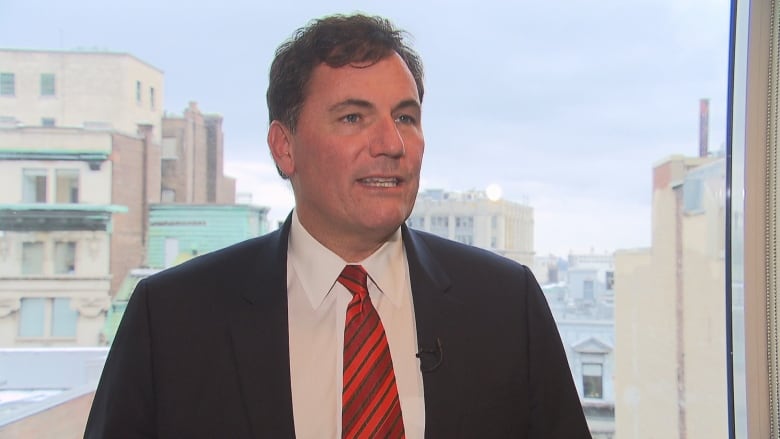 LeBlanc said the federal government could pay 50 per cent of the new costs but, according to federal policy on funding for international sporting events, it would not go beyond more than half the overall price tag.

The minister said he is looking forward to continuing discussions with the province.

« I can’t imagine the provincial government would give up on the Games, » he said.

« I can’t imagine the Francophonie Games wouldn’t take place in New Brunswick in 2021. »

The $17-million bid was based on a suggested financial framework in the International Organization of the Francophone Games guide, explained Eric Larocque, executive director of the 2021 Games organizing committee.

The $130-million price tag, he explained, is the full business plan, which the committee wasn’t required to submit as part of its bid.

In contrast, the City of Sherbrooke, Que., who also made a bid to host the games and lost, had a $50-million business plan as part of its application.

Larocque rejected the idea the committee won its bid under false pretences but agreed it would have been « the right thing to do » to submit the business plan from the get-go. 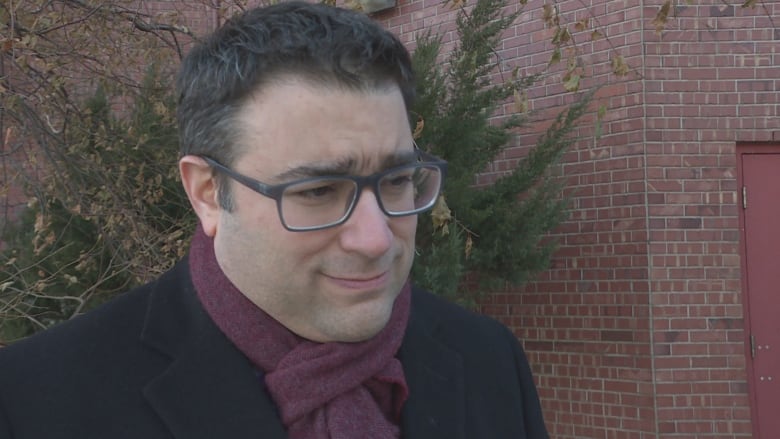 « There were some volunteers, and there were some public servants. I’m not here to pinpoint or to blame somebody. It was a group decision, and that’s it. »

Larocque said he could not provide details about what items were part of the business plan, short of confirming a request for infrastructure was made.

When Moncton won the bid, the city said « the beauty » of its bid was that it already had all the infrastructure required — referring to the stadium at the University of Moncton and the new Avenir Centre — and there wouldn’t be any costs associated with that. 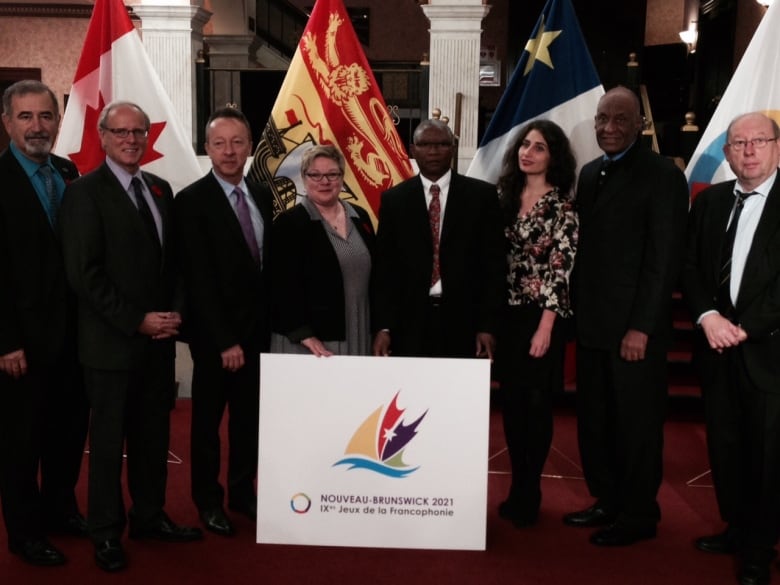 Officials from the International Committee of Games of La Francophonie met with Moncton-Dieppe officials and organizations to talk about bid for 2021 games in the 2015 file photo. (Jennifer Choi/CBC)

Larocque said governments could decide to provide only a portion of the money requested by the organizing committee.

« I don’t think we’re going to lose the Games. They need to talk and to find a solution, » he said.

He said the funds would have to be approved by January for the committee to be on schedule.

The City of Moncton said it approved a financial contribution of $750,000 toward the Games, as part of its 2017 budget deliberations, and that no further request for funding has been made to the city by the local organizing committee.

« We inherited this situation, » said Léger. This worries us to the highest degree. To see that such an important event had not been as well planned as it should have…

« It’s a 664 per cent increase. It’s not just forgetting a small element of the project. »

Since they were created in 1989, the Games have been held in Morocco, France, Lebanon, Ivory Coast, Madagascar and Niger.

Canada last hosted the event in 2001 when it was held in Ottawa and Gatineau, Que.. 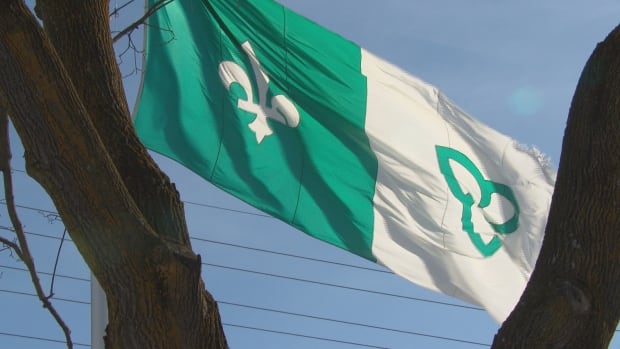 Paul Demers laughs when asked if it’s been tough to be a Conservative and a Francophone in the week and a half since the Ford government’s rearranging of French language services.

« It’s been tough for 20 years, » says the Sudbury native, now based in Toronto.

« The one thing I like to challenge back to a lot of people who say ‘You gotta pick our side. You can’t be a Progressive Conservative and a Francophone at the same time.’ I dispute that. I’d much rather be inside the tent than outside the tent. »

He says he understands why Franco-Ontarians were outraged when the fall economic statement this month shelved a planned French-only university and cut the officer of French Language Commissioner.

« I think the Francophone community’s reaction was appropriate since it felt like a double slap in the face, » says Demers.

« I think the Francophones need to look at this not only with their hearts, but with their minds. »

Demers says he feels the university plan needs to be re-worked, so it does more to address a shortage of Francophone lawyers, nurses and teachers.

He also worries that the Franco-Ontarians who are organizing protests this weekend are putting « a lot of energy in something people don’t understand. »

Demers says changing the position of the languages commissioner, which is now going to be part of the provincial ombudsman’s office instead of being cut, doesn’t mean that Franco-Ontarians won’t be served in their language at hospitals and drivers license bureaus.

« Life is not going to change for Francophones, » says Demers.

He also thinks Francophones should recognize that this is the first time since the Conservatives took power that we have seen a « flexible Doug Ford » when he decided to reverse some of the changes, as well as restore the Ministry of Francophone Affairs.

« He’s saying ‘Ok, you know what? I got the message. I’m listening and I may need a history lesson,' » says Demers. 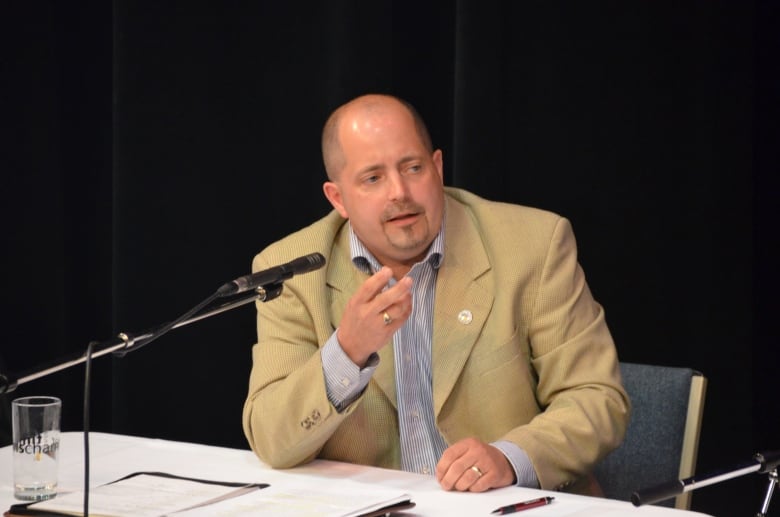 Yvan Genier was the Progressive Conservative candidate in Timmins in the 2018 Ontario election. (Erik White/CBC )

Yvan Genier, who ran for the PCs in Timmins this past election, says he’s also felt torn between his political and cultural identities.

« You know as much as my emotions would lead me into wanting what all the other Franco-Ontarians want, I still have to be realistic. We are so low on money, we have to cut somewhere, » he says.

Genier remembers being part of the protests in the 1990s pushing for a French language college in Ontario and is happy to see the Franco-Ontarian community becoming politically active, whether he agrees with them or not.

But Genier says he does worry that too much protesting could erode the empathy English speakers have for the French community at the moment.

« The Anglophones aren’t against us right now, but we can’t be greedy, » says Genier. 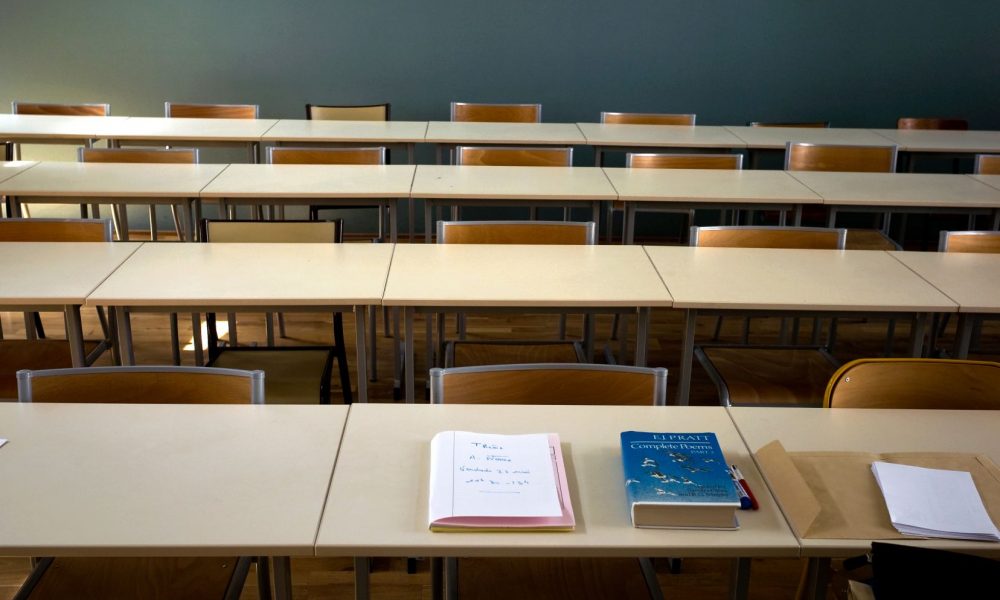 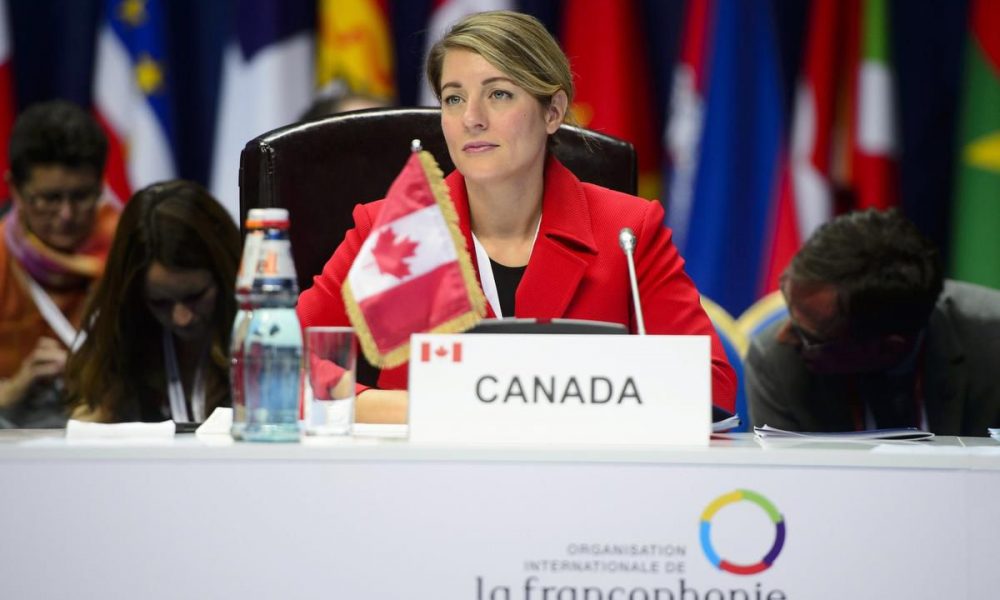 A federal Liberal cabinet minister is blasting the Ontario government’s decision to eliminate spending on francophone initiatives from the province’s budget.

In a letter that was sent Friday and obtained by the Star, Official Languages Minister Mélanie Joly expressed what she described as her “sincere disappointment” at the provincial Progressive Conservatives’ move to eliminate the office of the French language services commissioner and to scrap plans for a French-language university.

Premier Doug Ford’s government revealed the cuts Thursday in its fall economic update. The Tories said they were necessary in order to reduce costs and address what the party says is a $15-billion deficit left behind by the previous Liberal government.

“These are devastating decisions that will have a lasting impact on the more than 600,000 Franco-Ontarians and the more than 7.9 million francophones across Canada,” Joly wrote in the letter addressed to Caroline Mulroney, Ontario’s minister responsible for francophone affairs.

Joly said the promotion of the French language is “central to our common approach of supporting our two official languages and defending the rights of minorities in Canada,” and warned that eliminating the commissioner’s position and abandoning plans for the university “will have severe consequences on the vitality of the Franco-Ontario community and the Canadian Francophonie.”

Joly requested a meeting with Mulroney “as soon as possible” to discuss the issue.

The previous Ontario Liberal government created the office of the French language commissioner in 2007. Its mandate is to ensure the rights of citizens and obligations of the government are respected according to the French Language Services Act. François Boileau has held the position since its inception. In the fiscal year of 2017-18, his office fielded 315 complaints or requests for information.

The Tories didn’t immediately say how much the province will save by closing the office, but in prior years its annual budget was about $1.2 million.

In 2017, a planning board also convened under the Ontario Liberals recommended the creation of a new French-language university in Toronto, at an estimated initial cost of $83.5 million that would be split equally between the provincial and federal governments.

In the run-up to the Ontario election in June, Ford’s PC party committed to following through with establishing the school.

The Tories argue that the elimination of the French language commissioner won’t result in a reduction of services because the position’s duties will be rolled into the office of the provincial ombudsman.

“The work that the commission did will continue; linguistic rights will be protected. Ontarians will continue to have an independent government office to come to make complaints if they have any,” Mulroney told Radio-Canada in an interview conducted in French on Friday.

“There will be an independent agent — the ombudsman — who is like the commissioner currently, who will study these complaints and produce reports if they wish.”

In a Facebook post, Mulroney’s parliamentary assistant Amanda Simard, the MPP for Glengarry-Prescott-Russell, acknowledged Franco-Ontarians were “concerned” about the loss of the commissioner. But she stressed that the office’s functions will “remain independent under the governance of the ombudsman.”

The Progressive Conservatives’ decision to cut spending on francophone initiatives made few headlines in the mainstream Ontario press this week, but drew sharp criticism in Quebec, where the move was seen by many as an attack on minority language rights.

Quebec Premier François Legault has pledged to raise the issue with Ford when the pair meet at Queen’s Park on Monday.

With more than 622,000 francophones in the province, Ontario is home to the largest such population in Canada outside of Quebec. Francophones make up roughly 4.7 per cent of the province’s population, according to the commissioner’s office.

Ben Spurr is a Toronto-based reporter. Reach him by email at bspurr@thestar.ca or follow him on Twitter: @BenSpurr