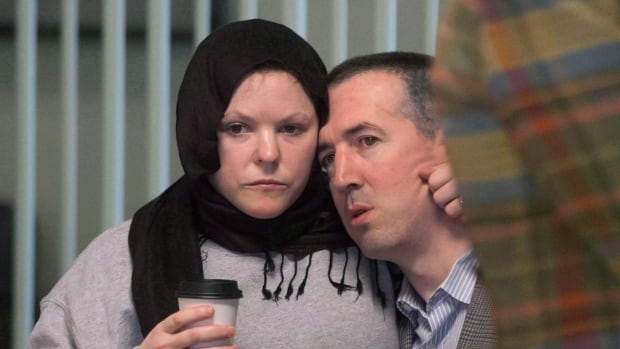 B.C.’s Appeal Court has upheld a ruling that gave a couple convicted of planting explosive devices on the grounds of the legislature their freedom in 2016.

In a unanimous decision released Wednesday morning, the Appeal Court sided with a B.C. Supreme Court judge who stayed proceedings in the terrorism trial of John Nuttall and Amanda Korody on the grounds that the police investigation was a « travesty of justice. » 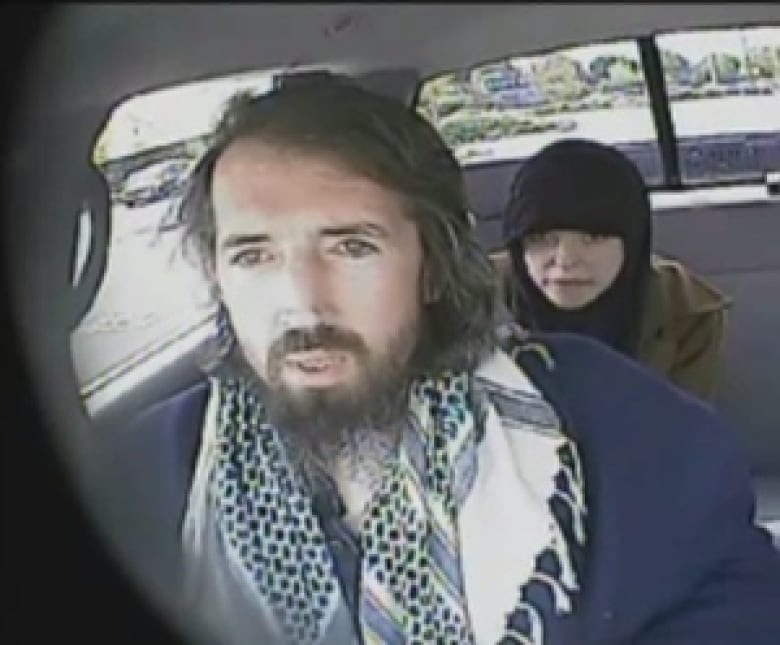 Nuttall and Korody were found guilty of terrorism offences in June 2015. (RCMP)

While the 141-page judgment faults Justice Catherine Bruce’s findings in a number of areas, the Appeal Court found that the RCMP may have been right to launch an undercover operation against the Surrey, B.C., couple — but they went « far beyond investigating a crime. »

« The police did everything necessary to facilitate the plan. »

‘Police do not have a free hand’: ruling

A jury convicted Nuttall, 44, and Korody, 35, of terrorism-related offences in 2015, but Bruce stayed proceedings on the grounds that police had entrapped the pair in an investigation that amounted to an abuse of process.

The two had been accused of plotting to plant pressure cooker bombs on the grounds of the provincial legislature in Victoria with the aim of murdering tourists during Canada Day festivities in 2013.

Bruce found that police did not have reasonable suspicion to start an investigation against the two after their initial inquiries following a complaint from a member of the public who claimed Nuttall had been espousing violent views at local mosques.

The justice also found that police essentially directed the couple on how to commit the crime because they weren’t capable of figuring it out for themselves. 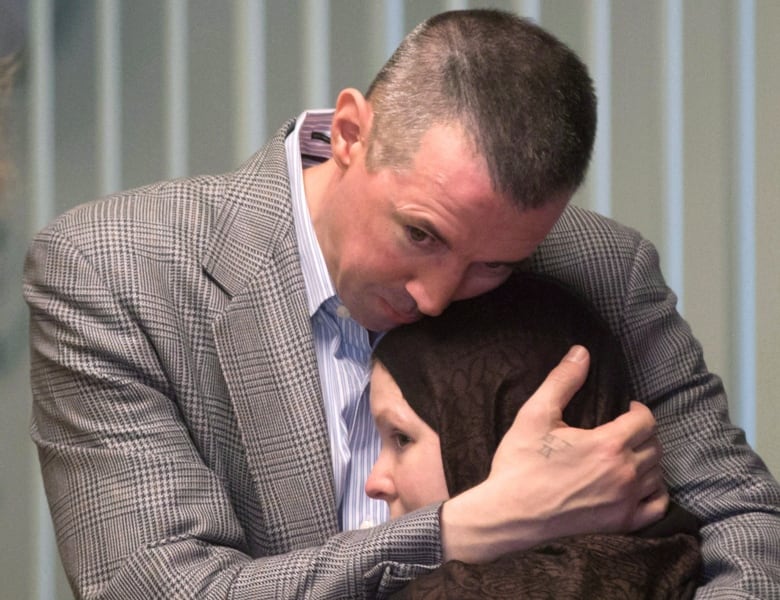 Nuttall and Korody embrace at B.C. Supreme Court after the judge stayed proceedings against them in July 2016. (Darryl Dyck/Canadian Press)

The Appeal Court faulted Bruce on finding the RCMP lacked reasonable suspicion with regards to Nuttall and Korody, but said that, even so, the conduct of police in guiding the pair to the bomb plot would still constitute entrapment.

« Terrorism offences are some of the most serious crimes in our law, » the appeal judgment said.

« On the other hand, the police do not have a free hand to do whatever they wish in order to investigate crime, even serious crime. The concepts of fairness and justice are still highly relevant and police conduct undertaken in the investigation of crime must be balanced against them. » 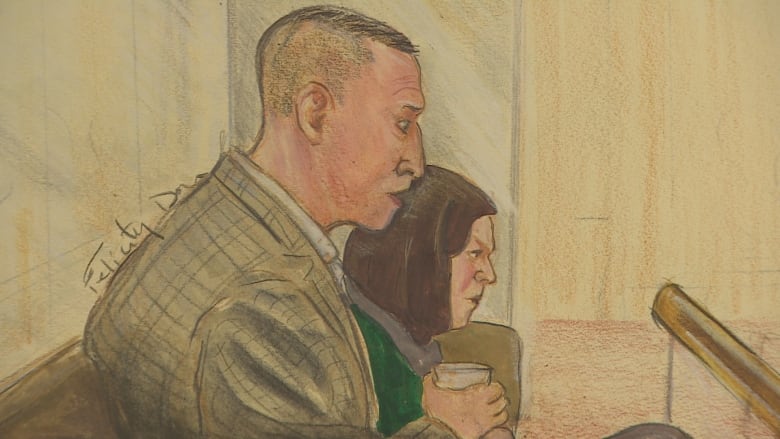 John Nuttall and Amanda Korody listening in court as the judge stayed the proceeding in their terror trial, as depicted by a sketch artist. (Felicity Don/CBC)

The Appeal Court judges also faulted Bruce for directing the jury to find the pair not guilty on charges of facilitating a terrorism offence on the grounds they could not have facilitated each other. But even with those charges reinstated, the Appeal Court said a stay of proceedings should still be entered because of the entrapment.

The Appeal Court judgment includes a call to Parliament to streamline the language around terrorism offences for the benefit of « those members of the public who sit as jury members on such cases. »

Although the ruling will have the effect of freeing Nuttall and Korody, they still face the possibility of provincial court proceedings relating to a Crown application for a peace bond win proceedings that began after Bruce’s ruling.

Both remain on bail in relation to the peace bond proceedings.